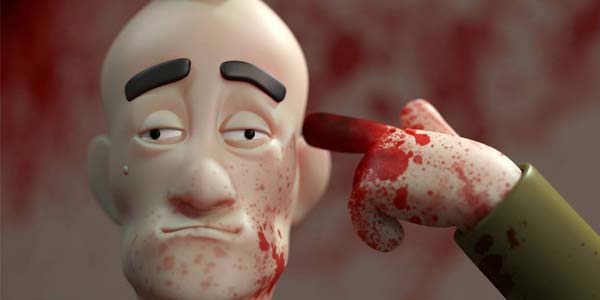 A Large Evil Corporation lets us know their universally adored vinyl designs may soon be a reality.

It’s been a few months now since A Large Evil Corporation (nee, “Evil Corp”) first wowed the internet with their fantastic stylized roto vinyl designs based on a multitude of geek-worthy properties, everything from Edgar Wright’s Cornetto Trilogy to The IT Crowd and even David Bowie.

As Evil Corp rolled out more and more incredible figure designs– all of which charmingly got at the very core of who these beloved characters are in a very clever way– the question coming from many fans was “When the hell can I buy these things?”

Well, we still don’t have an answer just yet, but apparently things are progressing.  Earlier today, Evil Corp posted on Facebook that they are partnering with Funko to make these vinyl designs a reality.  This is awesome for several reasons– first off, we have seen in action time and again what a distribution powerhouse Funko is with their products.  The notion of driving no farther than the Barnes and Noble down the street from my house to pick up a box set of vinyl figures based on the Torrance family from The Shining has me pretty damn giddy, I can’t lie.

But this merger also makes sense in the same way the Super7/ ReAction project came together– Funko’s strength lies in product distro and securing licenses… they seem to be perfectly happy allowing their more boutique-y partners to keep creative control of what they have going, so I doubt they would step in to compromise Evil Corp’s awesome designs.

And of course, the likeness rights thing.  This was my biggest concern when I first saw Evil Corp’s designs, but Funko has proven they’re kings at landing rights big and small… the scope and reach of source material for their Pop line still impresses me to this day.

So this is potentially really good news, and props to Funko for once again keeping their finger on the pulse of an exciting project that’s been getting us geeks buzzing.  With Evil Corp’s vinyl figures, Funko may have just discovered their next ReAction!

While we all speculate about who Evil Corp will actually lead their line with, check out more of their most recent designs… I love these guys!!! 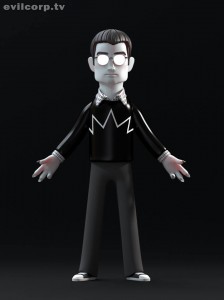 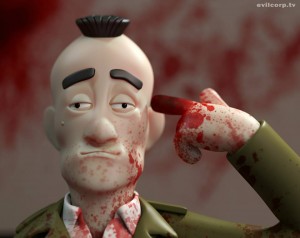 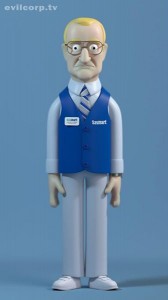 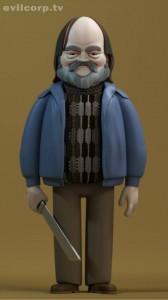