What To Expect When Jupiter Is Ascending 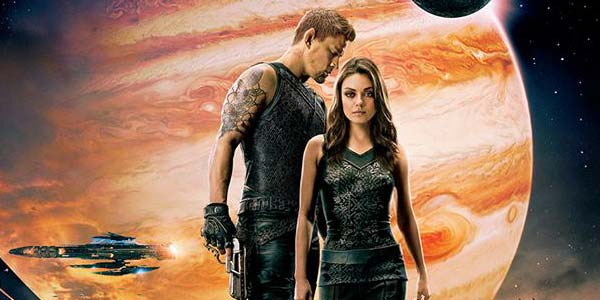 The Wachowskis’ latest gets a very watchable new trailer.

Everything the Wachowski siblings put out seems to get pre-judged by fans and detractors alike.  I’m as guilty as any naysayer… until now I had no real idea what their upcoming Jupiter Ascending would be about– aside from the very broad strokes that Milas Kunis plays a lost extraterrestrial queen who Channing Tatum’s guardian wants to return to her throne– but I was sold anyway because I really dig what the Wachowskis do.

Now that this new(ish) trailer sheds more light on what’s going on in this movie, I feel more vindicated in my blind support for the movie.  Sure, the visuals are still striking and lavish and weird, but there’s a great Flash Gordon vibe to the pulp in this trailer that I really, really adore.  It fits for the vague Heavy Metal influence we’ve seen in past works from the Wachowskis, but really dialed up this time.

There’s lizard guys, and wicked space princes, and dog guys (including Channing Tatum?)… all signs suggest that Jupiter Ascending will be a straight up space opera worthy of its name.  Dare I say, if this movie is as fun as this trailer suggests, this may be the first time the general public jumps back onboard the Wachowski train?

I mean, I ask myself that every time they release a new movie, so maybe not… but I can hope, right?  We’ll find out next February, when Jupiter Ascending hits theaters.