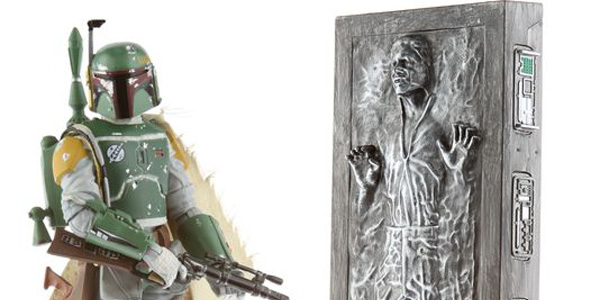 There’s been rumblings since Toy Fair, but now USA Today showed off their first look at the Boba Fett SDCC exclusive, and just like that the worst-kept SDCC exclusive secret has been confirmed.  Fett, who comes in a special box alongside a 6″ scale Han Solo encased in Carbonite, will be a teaser of the Marvel Legends-style Star Wars Black figures hitting retail shortly after Comic Con in August.

It’s certainly a great looking figure, and even a lapsed Star Wars follower like me got a thrill out of seeing this new, collector-friendly scale of toys on the horizon.  The packaging– which has become half the appeal of Con exclusives– is quite nice, and appears to allow easy access to pack or unpack the figure at will (always a plus).

As far as character selection, I can’t think of something better.  The feared bounty hunter is the stuff Con-goers live for, and offering him here in special packaging with some exclusive accessories makes him feel worth the steep $45 price tag, even knowing full well the same figure will likely make its way to mass retail within the year.  Because if you honestly believe that this will be the ONLY time 6″ Boba Fett is offered in this toy line… you haven’t been following Star Wars’ product tsumani over the past fifteen years.

I’ve been virtually out of Star Wars collecting for a few years now, but the Black series keeps threatening to pull me back in.  I’m still on the fence about committing to buy new versions of figures I own ten times over (now in a double-sized scale), but I’m pretty certain I’ll be plus one Boba Fett by the time Comic Con is done, regardless. 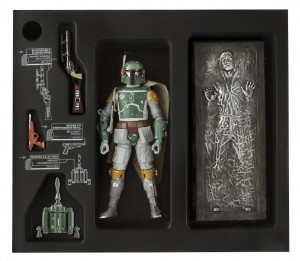 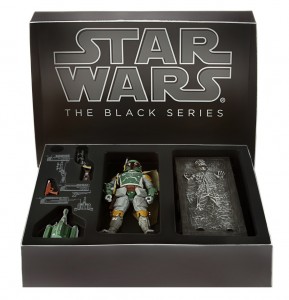 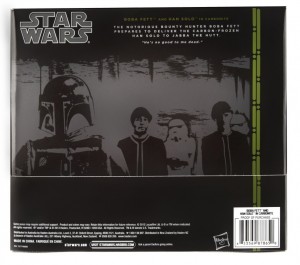 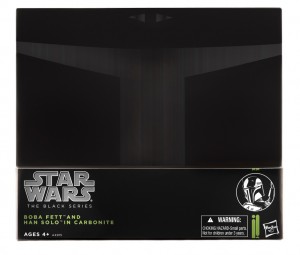 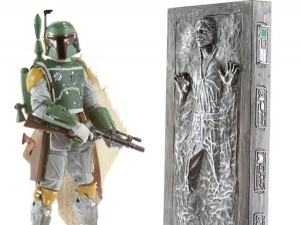