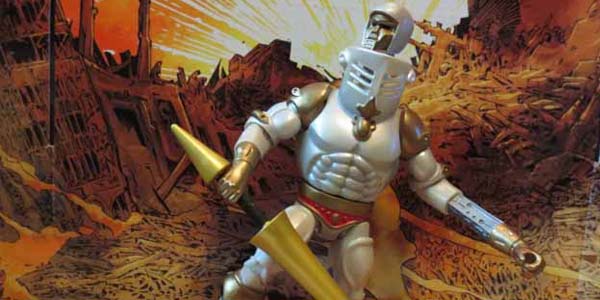 The cybernetic knight gets a fantastic upgrade, making him one of the best figures from Mattel’s modern Masters of the Universe.

Extendar was a fairly late addition to the vintage Masters of the Universe collection, but he was always a very cool and distinct entry in the series.  With his classic knight-like armor and the cybernetic extensions that made up his action feature, Extendar perfectly exemplified the mix of swords and sorcery, and sci fi technology which serves as the visual backdrop for Mattel’s iconic toy line.  He was totally one of the coolest looking Masters of his day… and that’s not even factoring in his awesome action feature, which allowed his neck, torso, arms and legs to telescope out.  Mek-A-Neck had NOTHING on how much this guy could expand himself to get battle ready.

I’m very happy that Mattel’s MOTU Classics Extendar does justice to this fun, cool character from the past.  Not only is the vintage figure’s aesthetic perfectly updated– from his robotic gold face to that knight armor visor which covers his face– but he features a ton of top grade new tooling.  We’ve seen other figures with overlays that wind up being way too bulky, leaving the figure looking too fat in the torso, but Extendar’s chest is perfectly realized, leaving him looking very proportional and, well, kind of awesome. 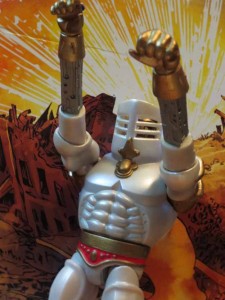 The figure’s trademark extending action is carried over to the new figure, but as we’ve seen on other action feature themed MOTU figures, it is now accomplished in a way that does not impact the figure’s sculpt or articulation.  Extendar’s cybernetic extensions are individual pieces, which can connect to the torso on one side and his head or limbs in the other.  While this means there is no “in-between” options for Extendar’s powers, you can choose which pieces to keep short and which to unfurl.  I think he looks quite badass with all the extensions in place, which is great– this action feature could have looked so much more goofy that it does, but the Four Horsemen and Mattel’s design team really thought this guy through.

Extendar includes his lance and red shield, just like the vintage figure.  And in keeping with the action feature, the knight’s shield once again unfolds to increase its own size.

My only issue with Extendar is the coloring of his armor– while the vintage figure featured silver armor, the new version is much more pearlized, with only the slightest trace of silver.  It’s not a huge departure, and it goes a long way in making the metallic extensions stand out, but the lighter colored armor tends to leave Extendar looking a little more bland than he should in the color department.

That quibble aside, Mattel really brought this character to life.  I was hesitant when I opened my shipping box for this figure, seeing the invoice that reminded me after the subscription cost, taxes and shipping I literally paid north of $40 for him.  But unlike some of the MOTUC releases, Extendar really almost feels worth that hefty price tag.  He’s a great looking figure, with tons of new tooling and a great overall design by the Horsemen.  He includes all the right accessories and Mattel managed to translate his action feature perfectly.  There have been truly great toys peppered throughout the life of the Masters of the Universe Classics collection, and figures like Extendar remind me of just how good Mattel can be, when they’re at the top of their game. 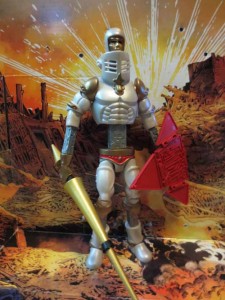 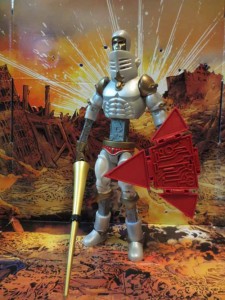 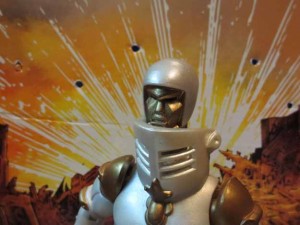 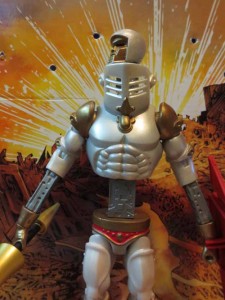 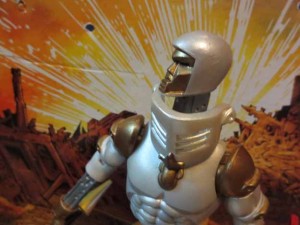 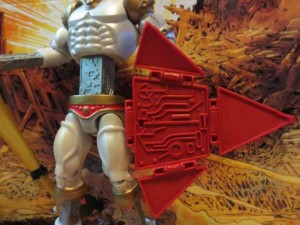 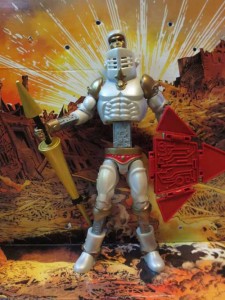 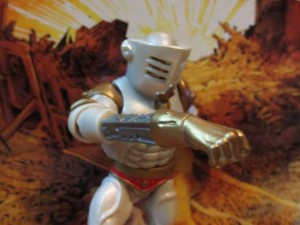 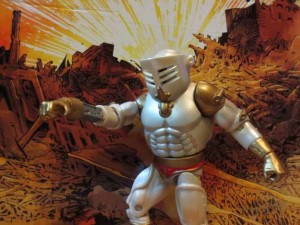 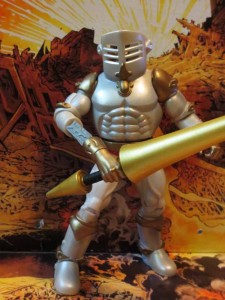 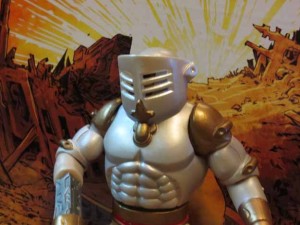 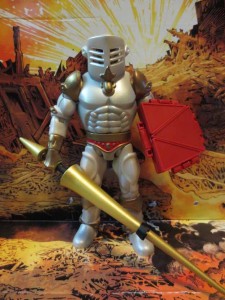 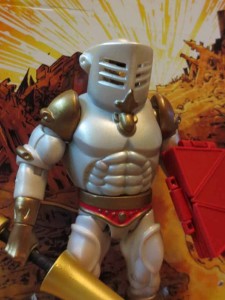 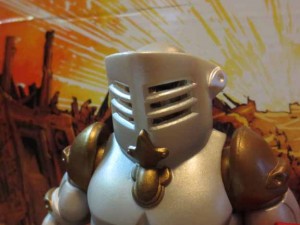 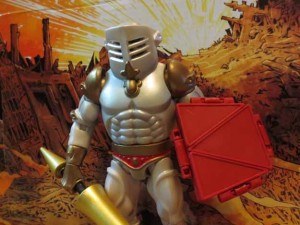 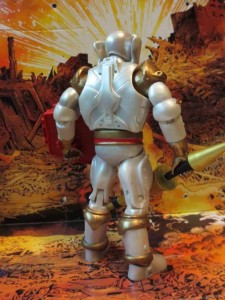 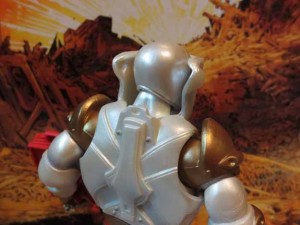 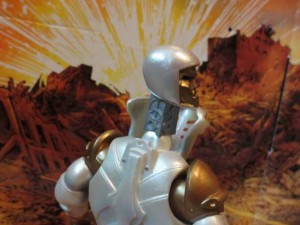 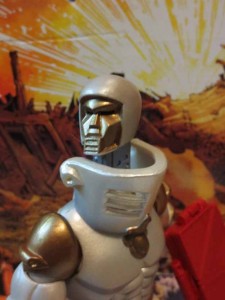 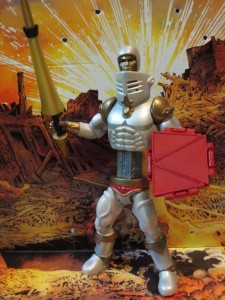 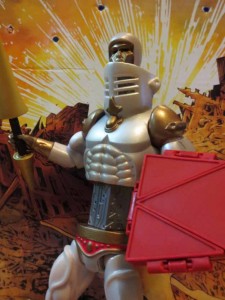 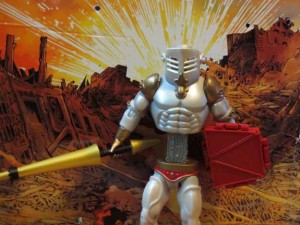 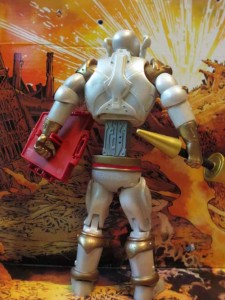 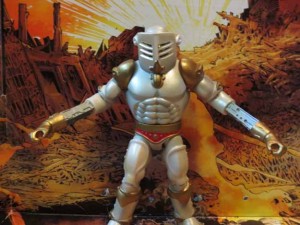 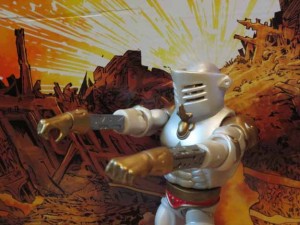 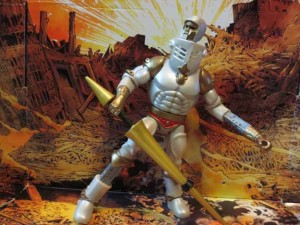 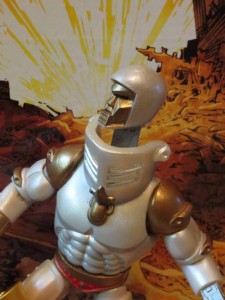