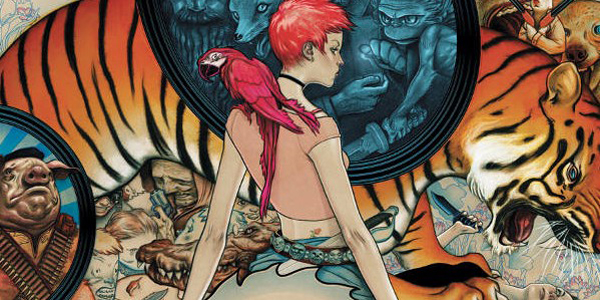 After years of plans and rumors about the hit Vertigo title Fables coming to TV word comes this week that Fables will become a full length film.

The book from DC Comics’ Vertigo brand has been a hit with reader for years now, spawning a few spinoff titles and miniseries over the years. Every year at SDCC fans ask the book creator Bill Willingham when will we see Fables come to life, and every year we hear there are plans but nothing to announce. Well, this week there is news that the critically acclaimed book will be head to the big screen soon.

This could be the beginning of a long line of movies, thanks to the number of story arcs in the books and the spinoffs. The last few years has seen a resurgence of the classic fairy tale characters in the media. ABC’s Once Upon a Time and NBC’s Grimm both have been huge hits in the last two years. Neither though are as original as Willingham’s Fables.

Let’s hope DC and Warner Bros do not drop the ball on this one like so many past movie properties, and give fans a Fables movie as good as the comic it is based on. Let the casting rumors and fan made lists begin!