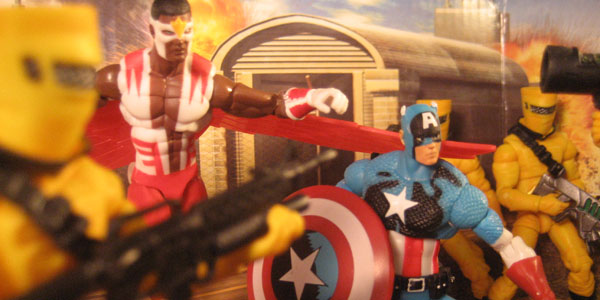 The latest Marvel Universe two-packs deliver a classic Falcon and his long-time partner Captain America, in a new comic-shaded deco.

2012 has been a slim year for Hasbro’s Marvel Universe series, with only two sets of single figures and a flurry VERY repaint-heavy two-packs making up this year’s offering. With the new figures, what they lack in quantity, they more than made up for in quality– Waves 18 and 19 brought us some of the finest toys in the collection, with great character selection, dramatically improved sculpting and the use of some fantastic new articulation patterns on the more recent figures.

The two-packs haven’t exactly measured up.  Sure, we get the occasional bone like the incredibly hard to find Mandarin being reissued in a new color, but by and large the twin packs have been disappointing, and their lack of interesting character choices makes their supposed cancellation understandable.  The Falcon/ Cap set doesn’t exactly buck this trend, but it does bring collectors a welcome variant to Sam Wilson, alongside a neat take on the severely overused Captain America.

The Falcon is kind of interesting, especially his shortage of unique costumes– he’s essentially only worn two, his modern design and the classic outfit he wore for decades.  Fans have been mixed on which costume is more worthy of toy translation, with the modern look ultimately winning out in last year’s single-pack figure.  However now everyone can be happy as the character’s classic 70s-80s look reaches the Universe scale.  Falcon is pretty good– the direct repaint of the single release is a very good figure, with a great portrait, his iconic wings (now cast in solid red plastic), and his bird Redwing.  The original costume is well-executed, and very accurate, aside from the lack of his fringed boots, which are simply painted on here.  For fans of the hero’s classic look, the new (old) Falcon alone justifies picking this set up.  For casual fans who have the single, truth be told he’s not too different, so this pack may not be as exciting a buy. 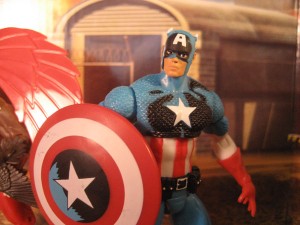 The new Captain America is the same in a lot of ways– much like the previously released Cyclops figure, Cap here is given a heavy inkbrushed finish, mimicking the art style of many 70’s inkers.  The effect is pretty cool, and certainly makes for a unique take on Cap, but it’s getting ridiculous how many times Hasbro has reissued this same figure with slight variations. This is one of the more experimental– and one of the cooler– but it’s hard to ignore that I’,m picking up the exact same guy over for the umpteenth time.

Overall, I think this new set is pretty cool, but bear in mind that’s coming from a hardcore Captain America fan.  We get two core Cap character variants– one pretty essential and the other pretty neat– and the only thing to watch out for is some sloppy paint apps.  This set is one of two “new” packs in the assortment, the other being a Defenders themed set with a similar 70’s repaint of Dr. Strange along with the growingly awful Wave one Silver Surfer.  The herald of Galactus hasn’t been updated in like four years and it’s really starting to show– if the Surfer was reimagined using the far superior Jim Lee Cyclops buck, I would absolutely bite on that two pack as well. As it stands, I felt no qualms about passing on that one.

If you’re interested in either set, the new wave has been appearing at Target and Toys R Us– as well as online at Mike’s Comics N Stuff— graciously packed along with a refresh of the supremely awesome Adam Warlock/ Thanos set– great news for anyone who missed that killer two-pack. 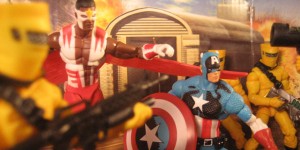 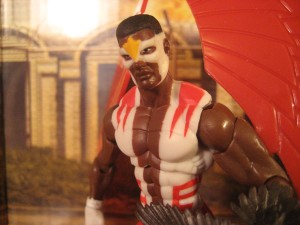 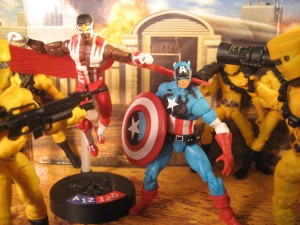 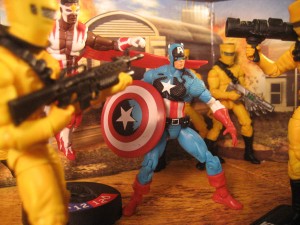 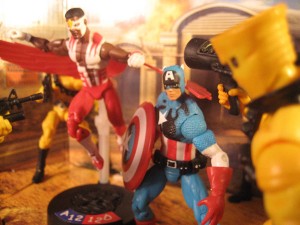 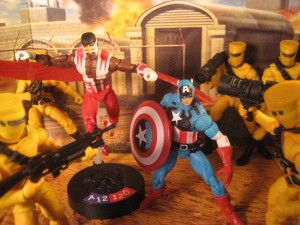 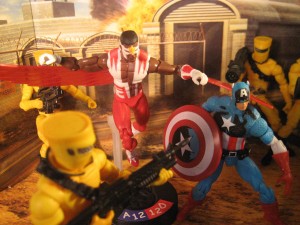 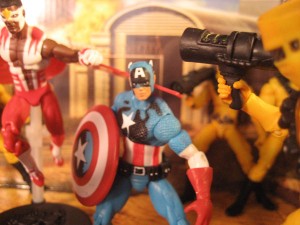