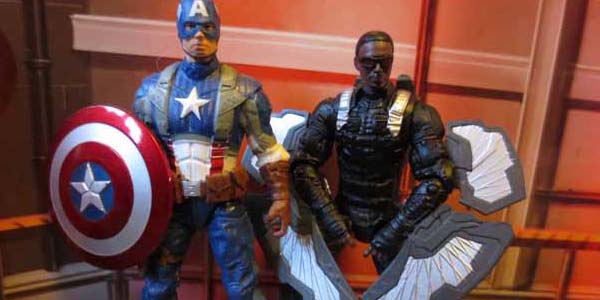 The new wave of Captain America: The Winter Soldier 3.75″ figures from Hasbro delivers the high flying hero in the big-screen form.

The second wave of Winter Soldier figures from Hasbro includes the first figures based on the movie appearance of the Falcon, and he’s a great addition to the small scale Marvel Universe.  With a highly detailed sculpt, filled with screen accuracy and a good portrait of Anthony Mackie, Falcon is well worth picking up. 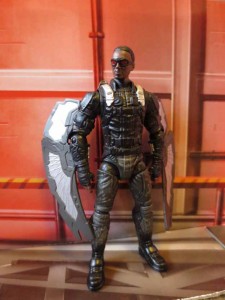 Falcon is an all new sculpt, and he’s fairly spot-on to his movie look, with a nice practical, military feel to his black and grey costume.  The big draw of the figure are his wings, which are very well rendered– the high tech wings are molded on his upper and lower arms in two segments, making these much sturdier than the removable wings seen on the comic style Falcon figures, and they look great.

As an added bonus, the wings also allow for Falcon to get some upped articulation, with hinged elbows and bicep swivels allowing a much greater range of motion than most of the current Marvel movie figures in this scale.  This opens up lots of cool flying/ spread wings poses, and Falcon looks great on his own or side-by-side with figures like Cap or the Avengers’ Black Widow.

Like the other 3.75″ Winter Soldier figures, Falcon includes a non-obtrusive Super Soldier Gear action accessory, a missile launcher which can plug in to his back, or on the side of the role play Captain America helmet.  It’s still a neat concept, and thankfully does nothing to impact the figure himself– when the launcher is not in place, Falcon includes a swap-out, smaller backpack that looks just like the wing armature from the movie.

Falcon was one of many great new characters featured in The Winter Soldier, and I’m glad to see Hasbro release him in this line, even though it ends up feeling much more limited than it could have been.  While I’d love to see more new faces in this series– Brock Lumlow, Maria Hill, a new Nick Fury and Batroc all come to mind– I’ll happily take the Falcon.  Fingers crossed, Hasbro will find a way to release this guy’s movie look in the Marvel Legends scale somewhere down the line, as well!

The second wave of Winter Soldier figures is trickling out now to various online stores, including Hasbro Toy Shop (where he is presently sold out), but he should be hitting brick and mortar stores before long. 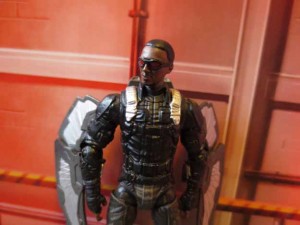 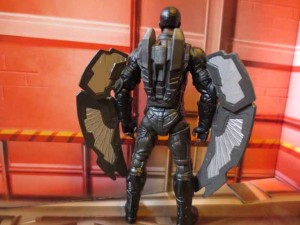 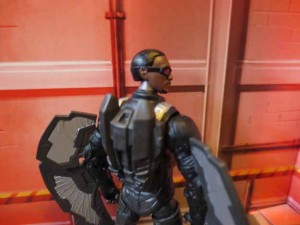 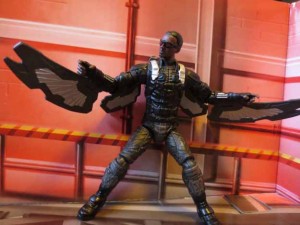 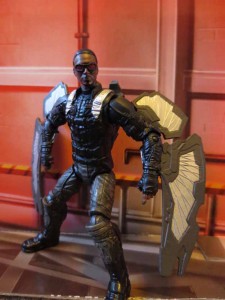 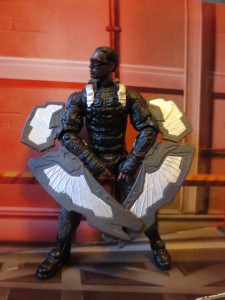 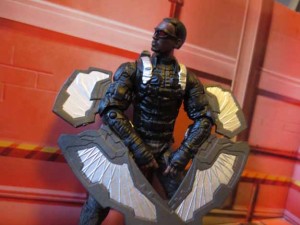 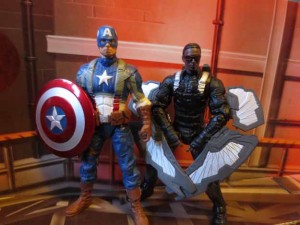 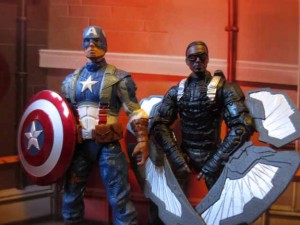 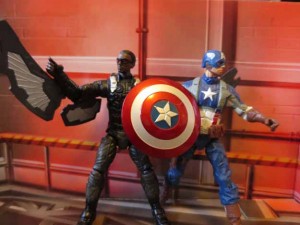 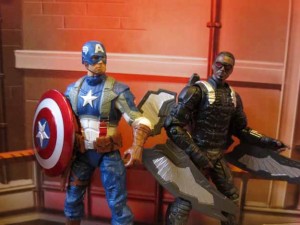 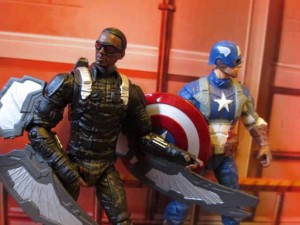