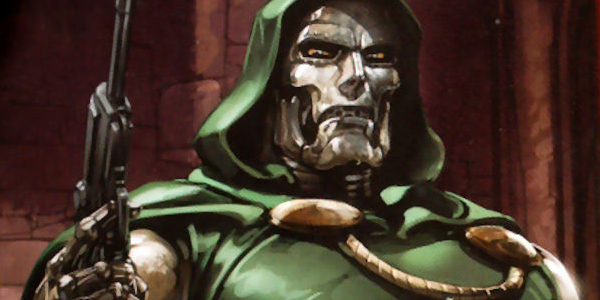 Images of pre-CGI Dr. Doom have surfaced online and the fanboy community is going nuts. The question is should they?

No one has seen the script, gotten any kind of real update from Fox, and only a few pre-CGI images have popped up online, so why are the fans of the Fantastic Four so up in arms about the images?

The images originally surfaced on a fan site, which has since gone down. A few twitter users also posted the images, but honestly they don’t look like much to me. Everyone is up in arms about Doom and completely miss the hanging Human Torch, or the MC hammer pants wearing Thing. These shots are clearly before any CGI work has been done, much like when many actors look at tennis balls to get their eye lines straight for things to be added later in post production. Fan also don’t know when this film this shot will take place, making it even harder to establish is this is Doom’s real look or after an event.

I understand the need of many fans to tear anything non-Marvel Studios down, this just seems too much. I for one want to see a new twist or take on the first family of comics. I loved the original idea and books of the Ultimate universe, and if they are taking that path with this new film I’m all for it. I want to see a trailer before I weigh in on any of the new looks of the characters, and a full film before I call it crap.

So what about you, ready to condemn the film on a couple of early photos? Or willing to hold back your inner fanboy and give this new film a chance?