Why “Fanboys” Have a Poor Reputation 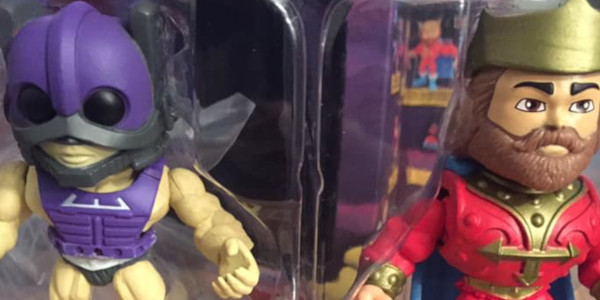 The term “fanboy” has been around a while, it even has a movie about it, but in today’s world it isn’t a kind term. So what has happened in our little world to become such a negative word in pop culture?

“wow , you’re so dumb , you dont even see the problem with what you did ……. this is the reason why i think i am done collecting tls , every time the box has already been opened , it’s a shame that the company doesnt wrap them”

When this is how you end you’re night it just makes you want to throw it all away.

Fans by nature are passionate, but when that passion turns to jealousy and hate it can be both scary and sad. I have been collecting as long as I can remember. Some of the oldest memories I have was seeing a He-man display in Child’s World and getting my first action figure. I have loved the chase of finding figure and always hated coming home with nothing. But most of the time my joy was all internal, I might share my finds with friends of family, but for me it always felt solitary. Then something happened…the Internet. I know, I know that old line. The internet ruins everything is not the angle I’m going for here. But it did contribute to turning what was once solitary hobby into something global.

When Ebay started I was able to track down a M.U.L.E. Van mint in box, it is how Bill and I met, and it has given me the opportunity to meet amazing people, and have a voice for my love of toys. While from time to time I may get frustrated with the system, come on Target and Walmart I want to give you money why won’t you stock the shelves, I never felt it necessary to attack people personally. Sure we have all wanted to yell at a certain Guru, but I never wanted to see someone lose their job over any of this. If I don’t like a toy maker or a toy I won’t buy something and just wait for someone else to make it, because in this world the next Optimus Prime is usually a year away.

So your asking where does the nasty Fanyboy, or as we have started calling them in my house the DB fanboys, come into play? It’s when they feel personally wronged by a someone, or some one beating them to a figure on the self, or choice made by another collector or toy company.

My most recent run in with the DB Fanboy or should I say Fan-person was over walking into the right place at the right time. I collect The Loyal Subject lines, and for those who don’t know, TLS make a few lines based on pop culture themes ranging from He-man, to Thundercats, to WWE and they put them in blind boxes.They are impossible to tell what is in the box if you don’t come across a full untouched case and have a map.They are about $15 a box,  and you are bound to get a lot of doubles trying to complete a set. To add to the chase of it all, each store chain that carries the lines get unique colors and characters making this a true toy hunt. It can be pricey and frustrating when you are opening your 15th Lion-o, but rewarding when you find a rare figure. The newest wave of He-man figure have hit stores this week and I walked into a lucky collecting moment.

As I walked into the Hot Topic I saw a few people gathered around the new case of figures, I heard them talking about them and then heard “hey look these are not taped shut, we can check them and then close them back up”. Turns out it was the store employees and a customer, and neither were buying the figures. They offered the full case to me, so I looked and grabbed the four I wanted from the box, two were rare. I was surprised that they were so nice about me being a collector and that I was done after one stop. I did not have to drive around the state, and spend over $200 just to find the 4 of the set I wanted.  I posted my story on a TLS Facebook group and that is when the DB Fanboy came out. Over 100 comments and climbing this post is all about how I’m a horrible person for buying them to calling for the firing of the employees. Here are a few of the quotes.

“I would’ve passed on them. The only time I’ll peek at whats in the box is if someone has opened it already, and usually its to make sure there is still something inside the box. If the foil bag has been torn open then I’ll check that too, but I’m not gonna open a sealed package even if there isn’t tape. That’s why I bought all the blind boxes and have doubles.”

“These hot topic employees though lol, need to get fired. Who the fuck destroys their own property on purpose? Their district mgr would die.”

“This isn’t very cool at all. I’ve bought 8 blinds and got 2 Sorceress and a bunch of commons. Opening them up and looking inside before buying them is just making stealing and scalping easier.”

I walked into the situation already in progress, yet I was being told how I “cheated” the system. I was called dumb, not a true collector, and a liar. I was also told that they were better than me because they all would have walked away and left these figures behind. Since this morning when the post reached about 120 comments it was deleted, but not before I had about a dozen offers to buy the figures from me and none of them were consistent with the going rate on said groups sales page or Ebay. So publicly they called me names, but private messaged me to ask for the toys.

It has put a bad taste in my mouth for the line as a whole, and when you see this up close you realize they also could be treating the store employees the same way. So that is just one way the DB Fanboy is created in our modern world. Can’t we all just enjoy the toys, buy what we like, and treat each other with respect not being called scum because I got something you didn’t.