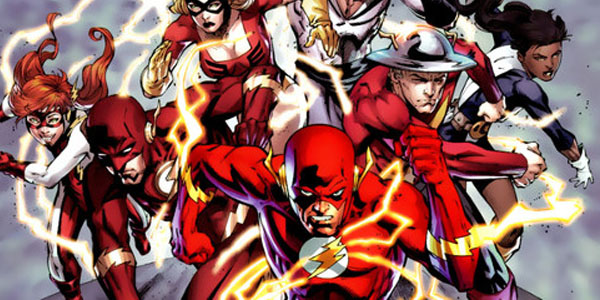 As season one of the CW’s Flash comes to a close word came out that the DC cinematic universe would also have a Flash in it who is also named Barry Allen.

It is clear that DC is keeping film and TV apart, in fact even some of the TV world is staying separate, so it should come as no surprise they would be doubling up on characters at some point. The real question is why Barry?

In and interview recently the men behind the upcoming Flash film, writer/directors Phil Lord & Chris Miller, let the cat out of the bag on their Flash.

“We’re trying to break a story. It’s interesting, because there’s a really popular TV show out there, and we’re trying to carve out space for the movie that’s apart from that. I think we’re doing alright… I believe [our Flash] is going to be Barry Allen… We’re more trying to stick with the cinematic universe… [Our Flash] really is its own thing, and kind of a stand-alone movie.”

Yes, he is one of the most popular of the Flashes, but with options for characters who can take on the role of the Scarlet Speedster, why use the one that is doing so well on TV. One of the fan theories out there today is the fact that Barry opens the Multiverse in the Flash season one finale, it allows for all the DC shows and films to exist without crossing, having different actors playing the same characters. When this is done in comics its no big deal, because the artists can change slight details about the look of the character, without changing him too much. In the long run I’m not sure if this will impact the film or TV shows negatively, but it is clear the CW shows are doing an amazing job with their characters, leaving many wondering why change something that works.