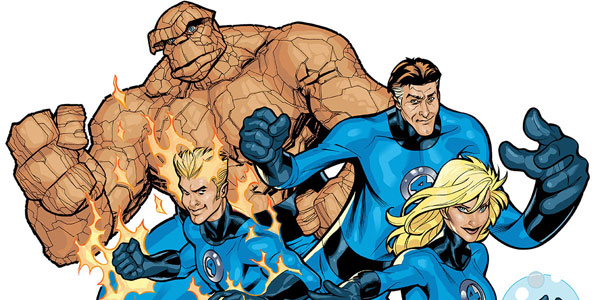 The new Fantastic Four movie from Fox steps into the thunderdome that is Summer 2015.

The new Fantastic Four movie was set to hit theaters in March 2015, but Fox has pushed it back to release amidst the big dogs of summer that year, a blockbuster season that’s almost absurdly packed with blockbusters.  Fantastic Four will see release on June 19th, sandwiched between Jurassic World one week earlier and Terminator 5 one week later… to be followed shortly by Superman vs. Batman.

This, on top of Avengers: Age of Ultron, Tomorrowland and a slew of other releases makes summer 2015 seem almost more exhausting than exciting at this point… but it promises lots of content at San Diego Comic Con next summer, for sure.

Still, a shift into such a competitive landscape seems like a vote of confidence from Fox, so maybe whatever their remake consists of is something promising?  The casting rumors have suggested a cool new take on Marvel’s first family– I still think Michael B. Jordan is a rad choice for Johnny Storm– but so far the X-movies under Fox haven’t inspired nearly the same level of quality as Marvel Studios…

I’m sure with the release date set we will be hearing a lot more from the new Fantastic Four before long.  Color me intrigued.