Here is Our First Look at the New Fantastic Four 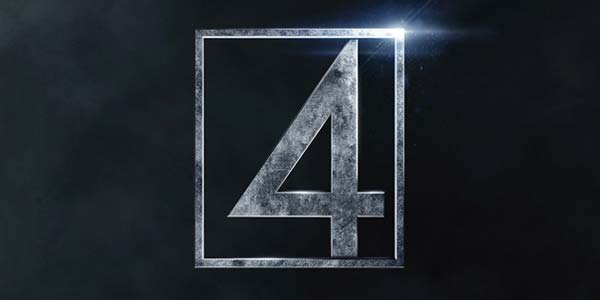 I tried. I really did.

I’ve defended every turn we’ve discovered on the weird, tightly guarded path of Josh Trank’s Fantastic Four reboot. I ardently defended the cast (still do). I begrudgingly accepted Dr. Doom’s new origin as both non-royalty and a blogger (ugh). I lowered expectations as it became more and more evident we were not going to be seeing a bright and poppy take on the super heroes most tailor-made for that sort of movie, but I stuck with it. I was in this movie’s corner, through thick and thin.

But now we’ve got a look at Michael B. Jordan in his Human Torch costume… and it is quite frankly boring as shit:

Collider debuted this image earlier today, and I can barely fathom how much I hate it. The dull all-black pallet? The irregular assembly of octagonal shapes? The faux-clever chest insignia with the Roman Numeral four? Jesus Christ.

But wait– maybe there’s still hope, right? I mean, Bryan Singer’s X-Men turned out okay (for its time at least)… and we all hated the lousiness of those costumes, too. And Chronicle was awesome, so Trank is clearly bringing some talent to the table… right?

The answer is yes. But speaking of Chronicle… here is Josh Trank speaking about his vision of Fantastic Four:

I would say that the science fiction of it is a big thing that sets it apart from most of the other superhero genre films. I’m a huge David Cronenberg fan, and I always viewed Fantastic Four and the kind of weirdness that happens to these characters and how they’re transformed to really fall in line more with a Cronenberg-ian science fiction tale of something horrible happening to your body and [it] transforming out of control.

Maybe it’s just me, but this sounds a lot more like a Chronicle sequel than a Fantastic Four movie. While I appreciate the focus on science fiction (always a key ingredient in the FF’s best comics) the Cronenberg-ian body horror concept just sounds like an impossibly bad fit for Marvel’s first family.

See, Fantastic Four, to me, is not about hard science… it’s about adventure science. The worlds and realities and things they would discover are not terrifying… and even if they ARE terrifying, the team’s sense of wonder and adventure far outweighs that terror. The Fantastic Four are explorers, and they are committed to making the world a better place through discovery and understanding. Their super powers were never the point of them, just an extension of who they are as people… so the idea of their transformations being the focus of the movie (again) is a BIG misfire.

The Fantastic Four were the quintessential super heroes of the 60s, bridging the gap between 30s adventure fiction, 50s sci fi and then-contemporary pop art and scientific advances. Establishing their franchise in the 1960s, with a pop approach always seemed like the perfect concept to me (and it was pitched to Fox, way back when, by Ant-Man‘s Peyton Reed). It’s just so strange to me that Fox’s X-Men franchise has morphed into a series of period pieces, while Fantastic Four’s premise could have benefited from a retro approach even more so.

The biggest bummer of all this is Trank’s pitch sounds like a totally intriguing riff on the super hero movie… just not a Fantastic Four movie. I’m gonna borrow that age-old chestnut an ask why– if this movie is such a dramatic departure from everything that makes the Fantastic Four who they are– they don’t just call it something else? Of course, we all know the reason… but I feel that, even if Trank’s movie is really good, it will still earn nothing but ire from comic readers.

Will it be any good? That remains to be seen. And maybe it’s just the un-inspiring pull quotes from a talented director who just doesn’t seem to get it, or the pedestrian production design, but the newly-released teaser trailer isn’t winning this movie any favors, either.

I wanted to like this. I wanted to support Trank on this project, in light of (or even because of) the changes he was making to the Fantastic Four as we’ve known them. But much like his own description of his movie, I can’t help but fear that everything we know and love about these characters will have been transformed so significantly, so deeply and so irreversibly, I’ll be left with nothing but the feeling that something horrible has happened.