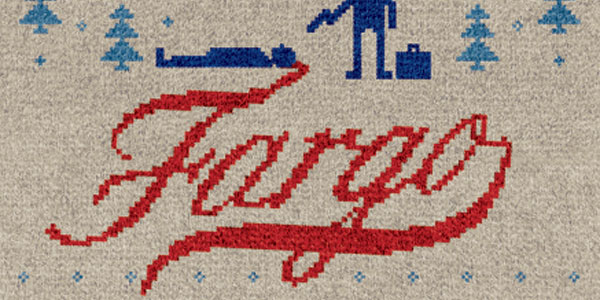 FX shines a light on some of the faces, places and times we will see in the second season of Fargo.

I was totally ready to book a return trip to Fargo, regardless.  The FX miniseries was way, WAY better than it had any right to be… in fact, as weird as admitting this still sounds when I say it out loud, I actually liked Noah Hawley’s TV show better than the iconic Coen Brothers movie.  So when FX announced they would continue Fargo as an anthology series, I was stoked.

But now, we’ve got some initial details about what to expect from our next dark tale, and my excitement has built even more.  The big “headline” news is the new cast, which will include leads played by Kirsten Dunst and Jesse Plemons.  Plemons will play a butcher’s assistant, while Dunst will play his wife Peggy Blomquist, who– based on this description– will be one hell of a femme fatale:

“Peggy Blomquist” [is] a small town beautician with big city dreams who is trying to figure out who she really is and what she really wants as she struggles with traditional societal expectations. She shares her home with her husband “Ed” (Plemons), a butcher’s assistant, who wants to be supportive of his wife’s self-discovery, even if he doesn’t quite understand it.

So yea, that sounds pretty awesome, rife with opportunity for both manipulation and rather gruesome means of body disposal.

But you know what is even MORE awesome?  This new story jumps backward in time to 1979, but will still include some familiar faces, namely Lou Solverson and his (at the time) 4 year old daughter Molly.  Molly, of course, would grow up to be the hero of Season One, played brilliantly by Allison Tolman.  I think this is a very intriguing concept, keeping this bit of connective tissue between seasons in the same way that Season One was slowly revealed to be a sequel to the Coens’ movie.  It also blurs the line between anthology and prequel/ sequel, making Fargo feel unique among other more overtly segregated anthology shows like American Horror Story.

The only bummer about today’s Fargo news is that we’re gonna have to wait until next Fall to watch this new tale unfold.  It makes sense, since they are just now announcing their cast and plans to start production next January, but I was holding out some fool’s hope we’d see Season Two in the spring, 12 months after the stunning debut of the first season last year.  Oh well… good things come to those who wait…