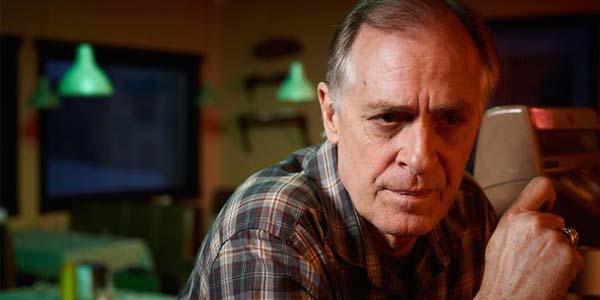 Who will play the young Lou Solverson in Fargo Season 2?

Aside from morbid curiosity at how a 100-minute modern cinematic classic could be adapted into a ten-hour TV show, the only thing that drew me to the first season of FX’s Fargo was the stellar cast.  Thankfully, that cast was enough to motivate me to watch the pilot… and the pilot was so damn good I was instantly compelled to watch everything else.

Fargo wound up being one of the best things on TV in 2014, so they don’t exactly have as much to prove with Season Two (aside from proving they can tell a second great story, I guess)… but that hasn’t stopped the Fargo team from developing another mind-bogglingly great cast.

We already knew that Jesse Plemons and Kirsten Dunst would be two of our new leads in this sequel/ prequel set in 1979.  Now comes word that they will be joined by Patrick Wilson, Jean Smart, and Ted Danson… as well as Nick Offerman, Brad Garrett, Kieran Culkin, Bokeem Woodbine, Jeffrey Donovan and Angus Sampson.  So WOW, what a cast!

Wilson plays Lou Solverson, portrayed later in life by Keith Carradine in Season One.  Danson will play his father in law, who’s also the Sheriff of Rock County, Minnesota.  Jean Smart’s character, Floyd Gerhardt, sounds the most interesting.  She’s “…The matriarch of the Gerhardt crime family. She’s stood by her husband’s side for 40 years, but now that he’s out of the picture she thinks it’s her turn to run things.”  Right?

It should also be noted that in Season One, it was relative unknown Allison Tolman who really stole the show as Molly Solverson… So even with all these great character actors attached for the new story, it’s quite possible someone will once again come out of left field and outshine them all.

Want some more clues as to who that might be?  Here’s the latest synopsis, straight from FX.  Fargo Season Two starts filming this month.  It’s gonna be a long wait til it premieres this Fall.

The all new “true crime” case of Fargo’s new chapter travels back to 1979 in Sioux Falls, South Dakota and Luverne, Minnesota, where a young State Police Officer “Lou Solverson” (Wilson), recently back from Vietnam, investigates a case involving a local crime gang and a major Mob syndicate.  Helping him piece things together is his father-in-law, “Sheriff Hank Larsson” (Danson). The investigation will lead them to a colorful cast of characters that includes “Karl Weathers” (Nick Offerman), the town lawyer of Luverne, Minnesota.  A Korean War vet, Karl is a flowery drunk blessed with the gift of gab and the eloquence of a true con artist.  Three-time Emmy winner Brad Garrett will play “Joe Bulo,” the front man for the northern expansion of a Kansas City crime syndicate.  The new face of corporate crime, Joe’s bringing a Walmart mentality to small town America.  His number two is “Mike Milligan” (Bokeem Woodbine).  Part enforcer, part detective, Mike is always smiling – but the joke is usually on you.  Bulo and his crew have their sights set on the Gerhardt crime family in Fargo, currently led by matriarch “Floyd Gerhardt” (Smart).  With her husband at death’s door, Floyd takes over the family business, frustrating her eldest son, “Dodd Gerhardt” (Jeffrey Donovan).  An impatient hothead with a cruel streak to match his ambitions, Dodd can’t wait for both his parents to die so he can take over and expand their business from kingdom to empire. “Bear Gerhardt” (Angus Sampson) is the middle son, an intimidatingly large man who, although inarticulate, is the most decent of his clan. “Rye Gerhardt” (Kieran Culkin), the youngest of the Gerhardt clan, views himself as a big shot, but in reality he’s just a small dog who barks big.