The Faun: The Best Of The Guillermo Del Toro Collection 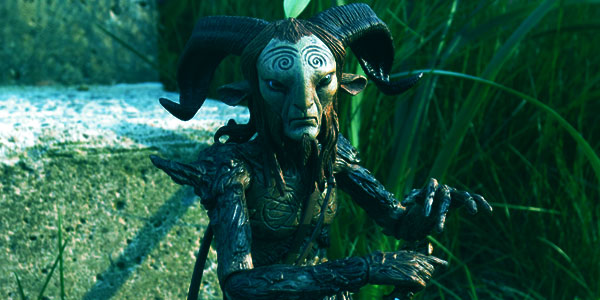 Friend? Foe? Either way, the Faun is an incredible addition to NECA’s Guillermo Del Toro Collection.

Ever since I first saw Pan’s Labyrinth 13 years ago, I’ve wanted one toy based on the film more than any other. Sure, the movie is filled with incredible designs filled with equal parts menace and magic, and loaded with thoughtful details that subtly help round out the characters… but none are as cool as the Faun. The creature, whose role as our hero Ofelia’s closest adviser or chief antagonist is never made clear, is one of the best creature designs ever by director Guillermo Del Toro, and Doug Jones’s performance made the Faun a true movie monster icon.

Thankfully, after all this time, NECA has captured the Faun in plastic, a part of their Guillermo Del Toro Signature Collection, and the result does not disappoint. The Faun’s sculpt is remarkable, in terms of both its screen accuracy and the incredible richness of detail worked into every corner. There’s so much texture here, from the segmented bark on the Faun’s legs to the ornate tattoos/ carvings/ markings that adorn its chest and head. The transitions between plant and animal– the key to this character in terms of appearance and performance– is expertly seamless in this sculpt.

NECA’s thoughtful engineering finds the right balance between useful articulation and preserving the Faun’s very unique silhouette. This is a remarkably poseable figure– with knee, hock, and ankle joints in each leg, and two ball joints in the torso– but it also allows the figure to be as expressive as Jones’s mostly silent performance.

The figure’s paint work is equally detailed and intricate. What could have been a dull color pallet in the hands of less talented toymakers (the Faun is, after all, an all-brown creature) becomes a perfect representation of subtlety, and how it can lend itself to realism. The number of greens, browns, and tans painted on this figure are nearly innumerable, and the micro-variances in tone boost the realistic nature of his tree-like legs and arms. This guy is very fun to pose and play with, but he displays best outside, blending in perfectly with an actual natural landscape; this is thanks, in large part, to the realism of the paint apps.

There is, however, one strike against the Faun– his lack of accessories. While past GDT Collection releases have been loaded with accessories and/ or larger display pieces, the Faun only includes a knife, a bone flute, a satchel, and the canister that holds the Fairies. It’s nice that the figure can carry or hold everything it includes, but this assortment of extras pales in comparison to Santi’s elaborate display base, Ofelia’s statue, or even the Pale Man’s ornate chair. Granted, the Faun is larger and much more intricate in design than those other figures, but as a higher-priced, deluxe style figure, the sparseness of the Faun in box compared to past GDT releases is noteworthy.

Speaking of packaging, the Faun continues the great box design from past GDT releases, with a film title and release number on the spine for shelf display, and wonderful painterly artwork on the front cover. This piece, by Brian Rood, captures both the Faun and the film’s Labyrinth in rich detail, and is truly a strikingly pretty image to see in a toy aisle.

While I’d love to see more of the creatures from Pan’s Labyrinth join the line in the future, I have a feeling the Faun will round out this corner of the GDT toy universe. I’m okay with that, as the two most iconic creatures and our young heroine are all we really need to make a Pan’s Labyrinth toy line feel complete. And NECA’s figures have been such great toy translations, packed with all the fantastical wonder and rich detail that made these characters so memorable in the first place, that I can’t imagine we will ever see a better set of Pan’s Labyrinth toys than these.

The Faun is available now, along with more figures from the Guillermo Del Toro Collection. Look for them at your local specialty retailers, or order directly from NECA via eBay. 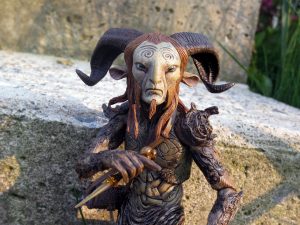 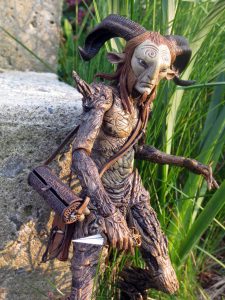 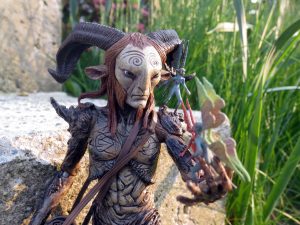 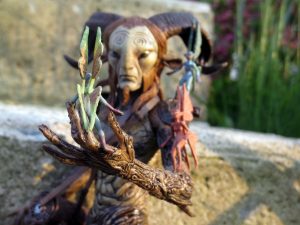 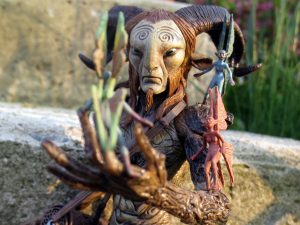 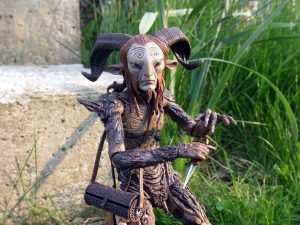 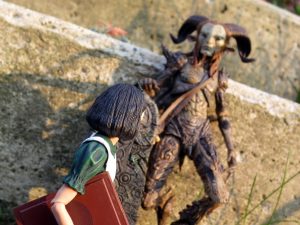 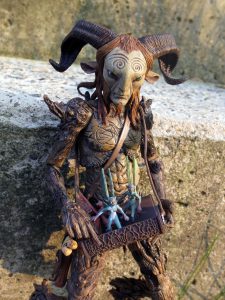 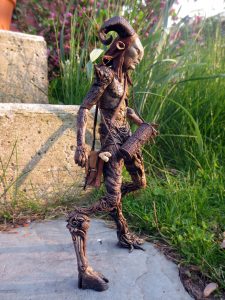 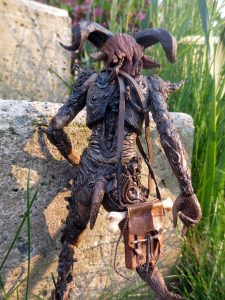 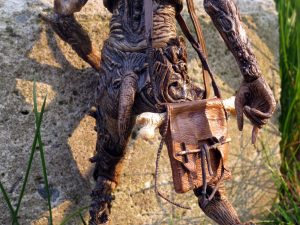 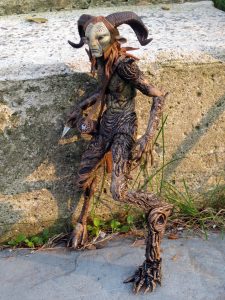 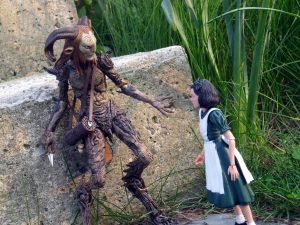 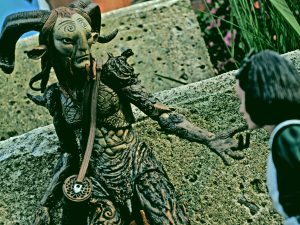 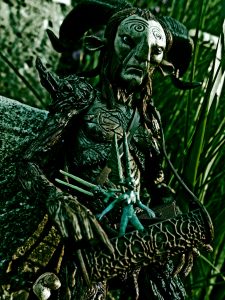 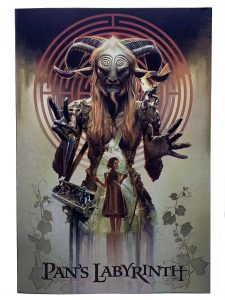 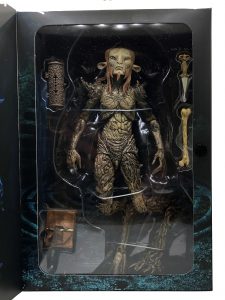 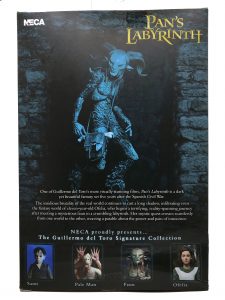