Looking Back on Our Favorite Video Games of 2013 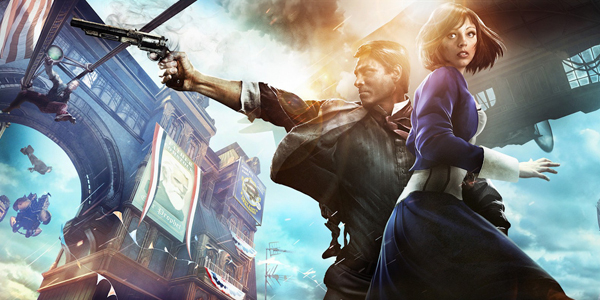 Even while the prior generation of consoles began to wind down, 2013 was an amazing year for gaming and we’ve rounded up a few of our most-loved titles. 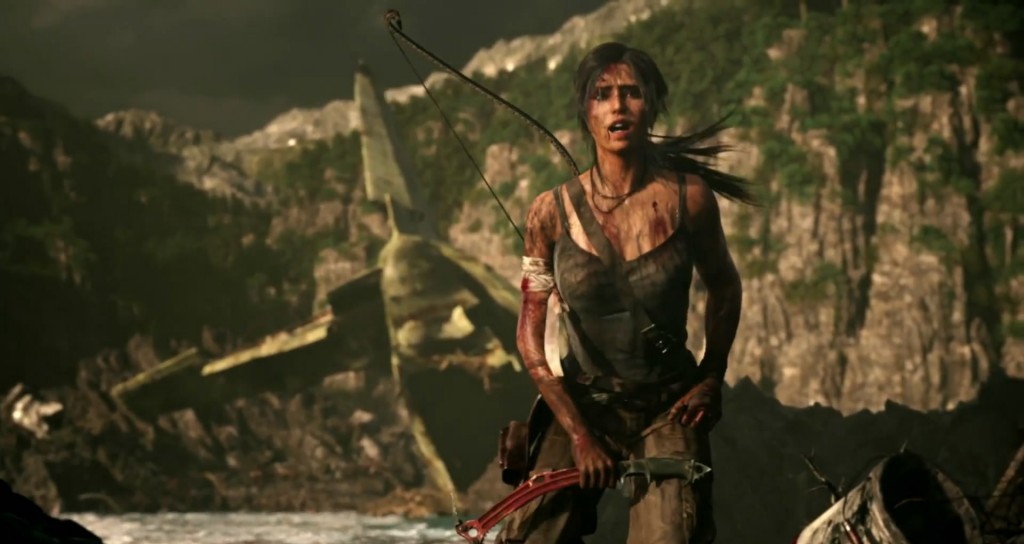 In 2013, Square Enix and Crystal Dynamics gave Lara Croft, one of the most recognizable characters in gaming, a significant (and long-overdue) makeover.  Balancing over-the-top action sequences with a heavy emphasis on exploration with some light puzzle-solving and RPG elements incorporated for good measure, Tomb Raider was by far one of the greatest gaming experiences of last year.  As a prequel to the other titles in the franchise, the story sets the tone for a younger Lara to learn the ropes as she’s thrust into a harsh environment following a horrific shipwreck, and players are along for the ride.  From her traumatic fight-or-flight reactions early in the narrative to her development into an all-out badass working against impossible odds to keep her crewmates alive, it’s incredibly hard to pull yourself away from the title once you start.  Everything happens at such a breakneck pace, and you end up getting so invested in the characters, that you just need to keep playing to see what happens next.  Also, just in case you missed out on this one initially, a re-worked version is due out this month on PS4 and Xbox One. 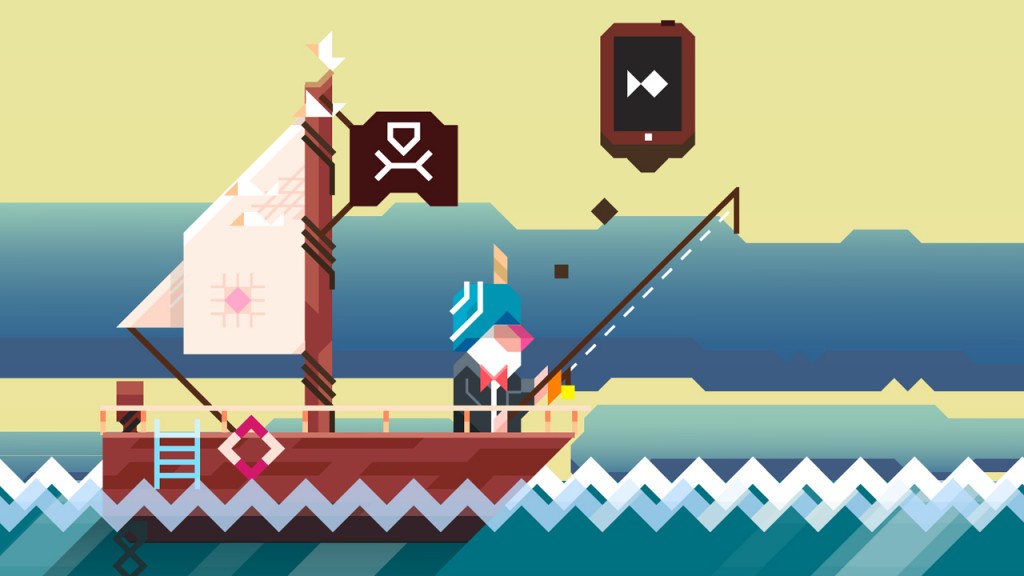 I’m not typically one for mobile gaming – and I say that even though my iPhone has hosted hundreds of games over the years.  The problem is that mobile gaming experiences usually suffer from one of two problems.  The larger, more “hardcore” experiences tailored for phones and tablets are almost always frustratingly unplayable without access to d-pads, analog sticks, and physical buttons.  On the other hand, the most simplistic titles are often so shallow that they lack replayability or, worse yet, demand microtransactions to stay interesting.  Ridiculous Fishing is mobile gaming perfection.  You can play it with one finger, there’s never any obnoxious requests to purchase additional content, and can be played for seconds or hours.  Developed by Vlambeer, the game allows players to cast their lures into the sea and navigate as deep as possible, avoiding fish on the way down by physically tilting the device.  Once you run out of line (or snag something), you then try to catch as many fish on the way back up, again by tilting the screen to bring your retracting hook into contact with them.  Once the scores of fish you’ve caught hits the surface, they’re thrown into the air where you can around the screen to shoot them out of the sky for credits, which can then be exchanged for numerous upgrades.  With adorably vibrant but simplistic visuals and a loveable soundtrack, Ridiculous Fishing is absolute gaming bliss. 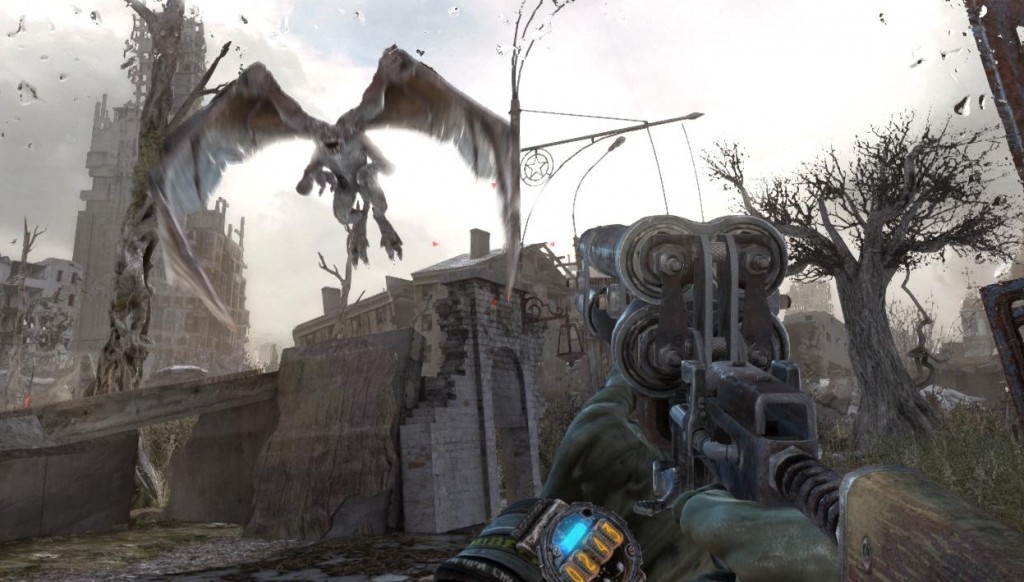 Set in a post-apocalyptic future where Moscow’s inhabitants have been driven underground by nuclear war, this sequel to Metro 2033 outdoes its predecessor in every way.  The developers at 4A Games did a stellar job creating a hopeless environment of utter despair.  Through top-notch storytelling, you’ll see your character betrayed at every turn, hunted by mutated wildlife, and at war with the radioactive environment itself.  From the horrors lurking in every dark corridor to the subtle upkeep of changing out respirator filters, players are constantly reminded of their desperate fight for survival.  It also helps that this was amongst the best looking titles from the last generation of consoles. 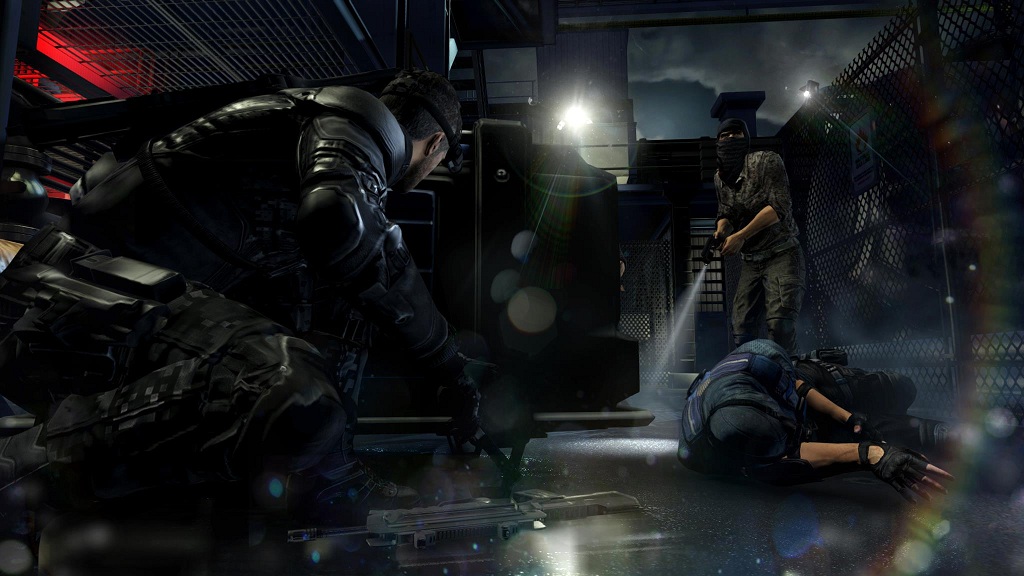 There was a lot for fans to be worried about leading up to the release of Blacklist – the longtime voice actor of series lead Sam Fisher had been replaced, promises of wider accessibility threatened to water down the experience, and fact that the series had been slowly dissolving stealth gameplay in favor of a more action-oriented title all left Splinter Cell’s direction uncertain.  Once the game ramps up though, it’s clear what the Ubisoft team had in mind: to incorporate all the best parts of the series into one epic experience.  Even while allowing less patient gamers to run through, guns blazing, there are clear rewards in place for those who choose to handle Fisher like the professional spy he is.  Mileage may vary on how invested you are in the fairly convoluted web of intrigue they weave in the story of terrorists who have set a “doomsday” countdown in motion, but the gameplay is as gripping as ever.  There is nothing more satisfying than hunting your enemies from the shadows without them ever knowing you exist – until it’s too late. 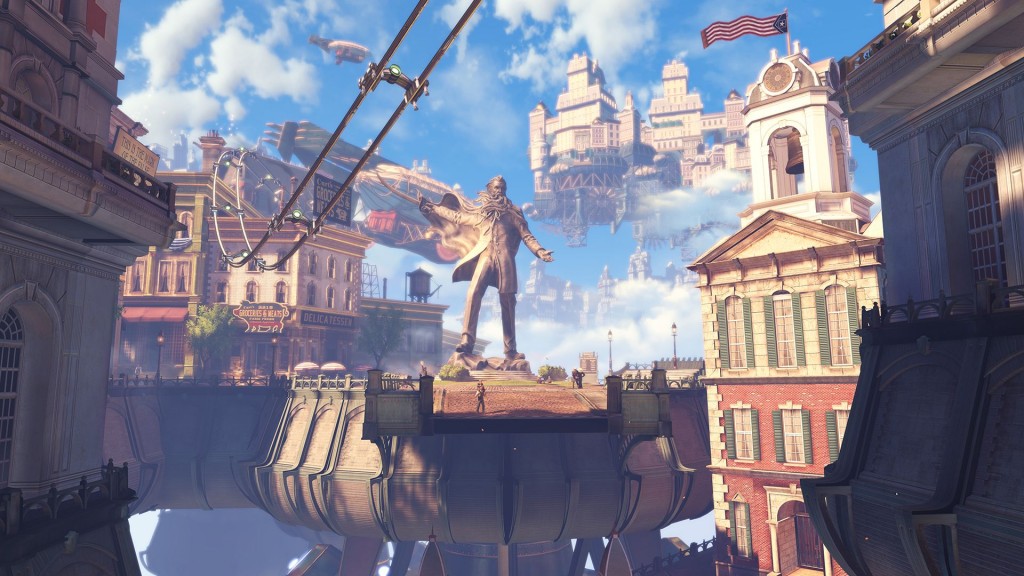 Irrational Games did it again.  Even after the crazy plot-twists and shocking story developments in the original Bioshock, I was completely unprepared for the places Infinite would take me – not only in its narrative, but in the fully-realized fantasy world it created.  It moved the series out of the ocean depths and up to a floating city above the clouds; a city with a beautiful, dream-like aesthetic but with an ugly core of xenophobic patriotism and warped view of American history.  Sure, the game plays phenomenally and, simply as a first-person shooter, it’s a joy to experience, but what makes Bioshock: Infinite so special and so memorable is the fantastic story and attention to detail.  From the first seconds of the game and for the remainder of the ten-hour playthrough, you are unknowingly being set up for the game’s devastating final minutes.  The ending of the story provides both shocking clarity for all the mounting, unanswered questions and rewarding tidbits for long-time fans of the series.