One character from “FLIGHT 462” will join the cast of Fear The Walking Dead Season 2. 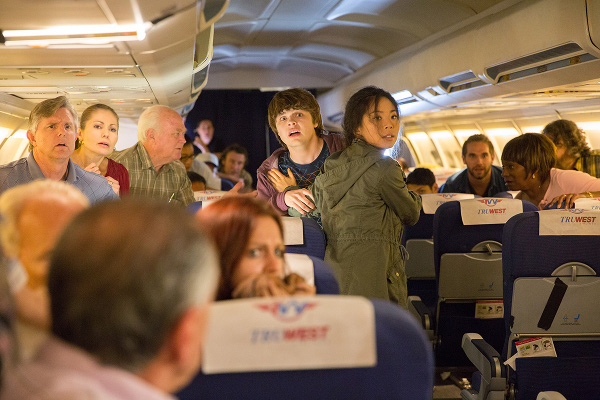 “Fear the Walking Dead: Flight 462” tells the story of a group of passengers aboard a commercial airplane during the earliest moments of the outbreak.  Over the course of the series, the plane and the lives of its passengers are put in jeopardy once they discover an infected traveler. The series is written by L. Signorino and Mike Zunic and directed by “Fear” director of photography Michael McDonough.

“‘Flight 462’ is a great extension of the world of ‘Fear’ and will engage fans across multiple platforms with another riveting story set at the start of the fall of civilization,” said Joel Stillerman, president of original programming and development for AMC and SundanceTV.  “We are thrilled to be collaborating with Dave Erickson and David Wiener on another piece of original content. Watching how they’ll bring one of these new characters to the second season of ‘Fear’ will be really exciting for viewers to follow.”

A companion series to “The Walking Dead,” “Fear the Walking Dead” explores the onset of the undead apocalypse through the lens of a fractured family in Los Angeles. The series, which debuted this August as the #1 series premiere in cable history with 10.1 million viewers, is executive produced by Robert Kirkman, Gale Anne Hurd, Greg Nicotero, David Alpert and showrunner Dave Erickson and produced by AMC Studios. The series will return for a second season of 15 episodes in 2016.