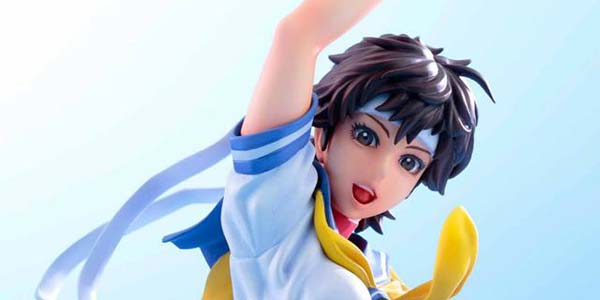 Here’s the thing about the Bishoujo Collection from Kotobukiya.  These incredibly well sculpted statues stem from the bishoujo, or “pretty girl” aesthetic, what is essentially the Japanese equivalent of pin-up art.  This means the beautiful subjects of these statues are often portrayed in a sexy way.  Sexy being the keyword here… NOT sexual.

That’s what I really like about much of this line.  Each statue has a definite pin-up girl quality, in the classic Bettie Page fashion, where character always comes first.  Each of the women in this line is sculpted to convey their beauty, for sure… but also their strengths and skills and powers, be it Chun Li’s signature high kick, or Ms Marvel’s energy blasts.

That’s why I think it’s pretty much okay to include Street Fighter’s Sakura in the series.  Despite her young age (and, well, the schoolgirl outfit), Sakura’s Bishoujo statue is no more sexualized than her in-game appearance.  Rather than offer anything even close to a cheesecake pose, this warrior is posed in mid-uppercut.  It’s a great sculpt, brimming with the same energy and sense of motion captured in everything Kotobukiya creates, and I think the design by master artist Shunya Yamashita really encapsulates Sakura as a character.

And I’ll be the first to agree, I could do without the wind-swept raised skirt– you horn dogs– but overall I find Sakura to be pretty tasteful, and a great rendition of the character.  You can look for this Street Fighter to be released later this year. 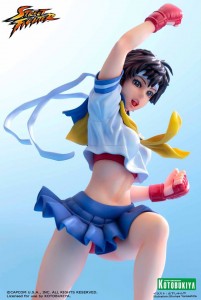 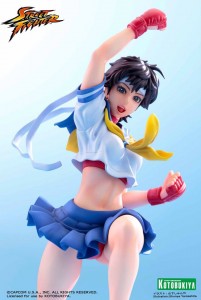 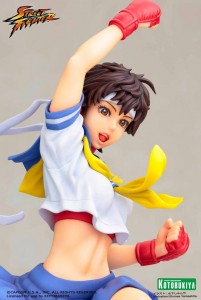 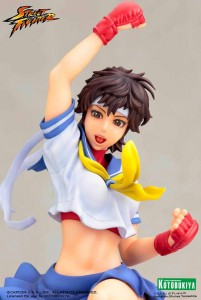 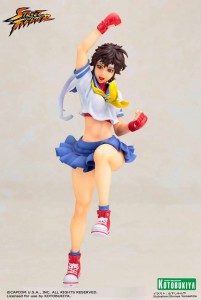 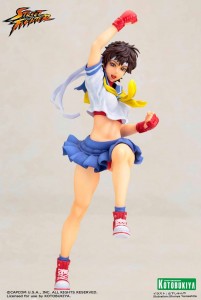 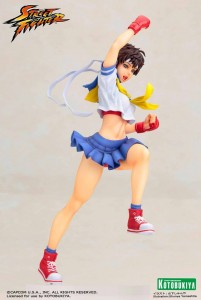 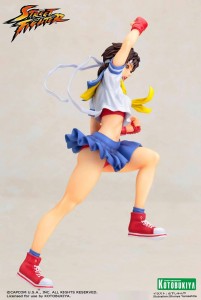 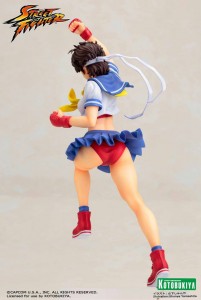 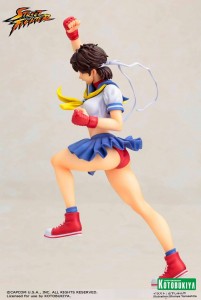 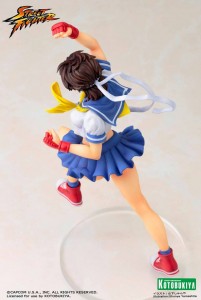