Fight Club Is Coming Back… In Comic Book Form 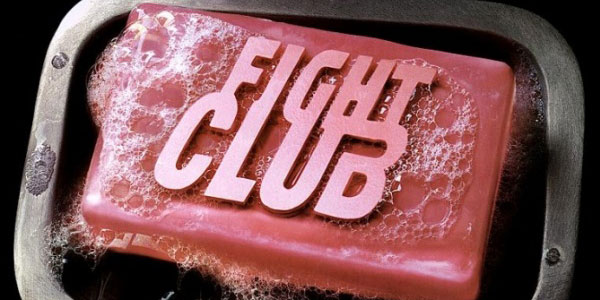 Chuck Palahniuk was serious when he said he was doing a comic book sequel to Fight Club.

So, one of the biggest WTF moments at Comic Con was Chuck Palahniuk’s announcement that he would be releasing a sequel to his cult classic Fight Club as a graphic novel.  Yea, f’real.

It seems like the latest questionable decision about the franchise– Palahniuk has made no bones how little he cares about the property, in the past optioning it for a musical and all kinds of other bizarre adaptation avenues (yet never toys, weird right?).

Based on his description, it sounds like the author will be essentially penning a sequel to the movie in the comic book, as opposed to his original novel– both the film and book have very different endings, and based on his description below, this sounds like an extension of the movie’s close, in which Jack and Marla get together as his Project Mayhem plan to blow up the finance buildings actually succeeds.

I always preferred that ending, and I’m not necessarily adverse to this sequel, but it does seem kind of unnecessary– both the novel and film felt very complete as they came to a close, with no real need for another story.  And since Palahniuk isn’t the most reliable guardian of his work’s own integrity, even his involvement in this graphic novel doesn’t really seem like a safe bet.

Here’s what Chuck had to say… Regardless of the outcome, if this thing actually comes out I know I’ll be reading it.  And you know you will, too.

About the graphic novel, it’s true.  Chelsea Cain has been introducing me to artists and creators from Marvel, DC and Dark Horse, and they’re walking me through the process.  It will likely be a series of books that update the story ten years after the seeming end of Tyler Durden.   Nowadays, Tyler is telling the story, lurking inside Jack, and ready to launch a come-back.  Jack is oblivious.  Marla is bored.  Their marriage has run aground on the rocky coastline of middle-aged suburban boredom.  It’s only when their little boy disappears, kidnapped by Tyler, that Jack is dragged back into the world of Mayhem.

It will, of course, be dark and messy.  Due to contract obligations it can’t come to light for a while.  Next year is “Beautiful You,” followed by the story collection.  But since the Fight Club sequel will appear serialized in graphic form, my book publisher might allow me to launch it earlier than 2015.

Feel free to release any or all of this information.  We haven’t started to court a specific publisher, not until I hammer out the complete story.