Figma Red Brings Pokemon Fans Back to the Beginning 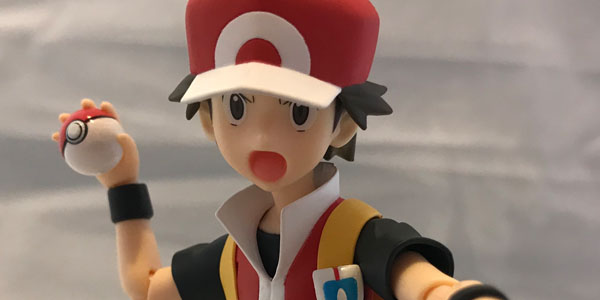 Before there was Ash Ketchum there was a trainer named Red. Red was the title hero of the original Pokemon Game. 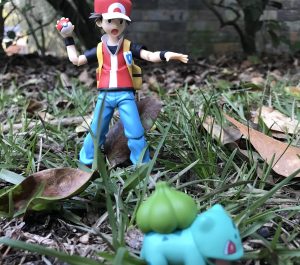 This set by Figma (Good Smile Company) really embraces the character’s likeness from the original game. Also packed in are the original three starter Pokemon- Bulbasaur, Charmander, and Squirtle. People asked about Pikachu and why he was not included. That answer is simple as Pikachu was Ash’s starter and not Reds.

Red is packed with a few extra hand attachments, a backpack, a Pokeball, an extra faceplate, a stand, and as mentioned the three starters. You tend to pay a little extra for Figma figures due to their construction is pretty impressive from concept to completion with expert tooling and painting. There is not much here that I would change as far as what we got. The hands that hold the Pokeball do so well enough to have him hold it like he is about to throw it or just palm it. 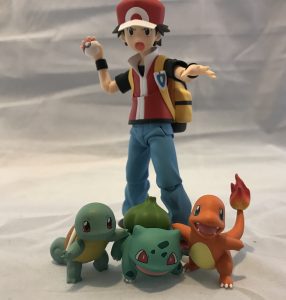 I would have liked to see some attachments for the starters, like some effects to reflect their moves. A red beam from the Pokeball would have also been a pretty sweet touch as well. These are nitpicking things and by no means, deter from how awesome this action figure is.

JQ gives this Figma Red action figure a solid 9.5/10. Worth the money for any and all Pokemon fans! 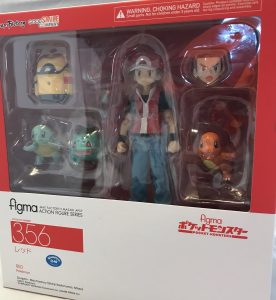 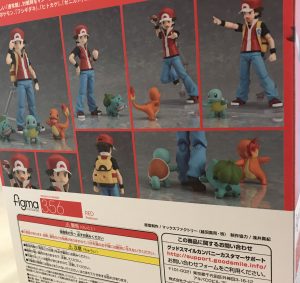 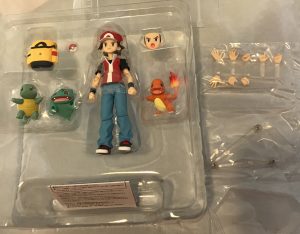 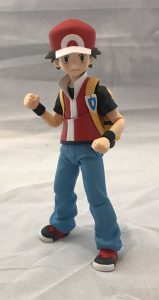 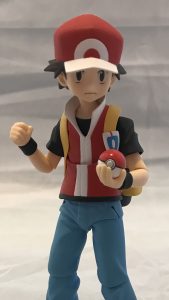 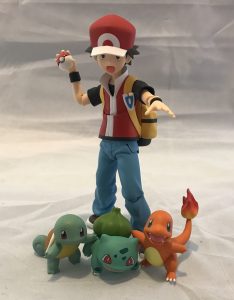