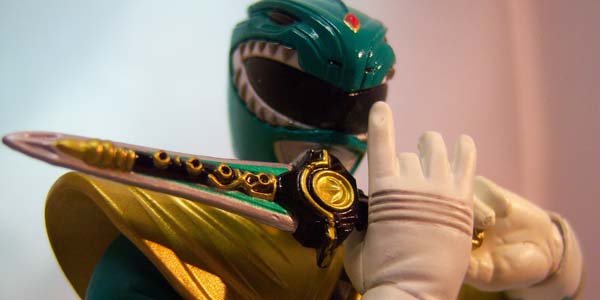 Bandai/Tamashii Nations are not pulling any punches when it comes to their Mighty Morphin Power Rangers property.

The newest Figuarts Zero statue is none other than one of the most famous Power Rangers EVER, The Green Ranger.

This statue is made of plastic and is not anywhere near as heavy as a resin or plaster statue. He stands at about 7in tall on the rocky ground base and comes posed playing the Dragon Dagger calling his Dragonzord.

The Green Ranger is held up by a single foot peg on the base and the Dragon Dagger comes separate and is easily placed into his hands. The stance he is sculpted in is a reminder of the badassery that would commence when he had to call the Dragonzord!

Depending on the sales of this statue will determine the continuation of more MMPR themed Figuarts Zero. Red Ranger was shown at SDCC and other conventions that Tamashii was apart of. There is no release date or pre order for Red Ranger yet, and there is also a rumor of a possible Lord Zedd in the works.

This is a nice piece to add to any Power Ranger fans collection. Retail prices have these at about $54 and above. JQ give the Figuarts Zero Green Ranger a 8.5/10. 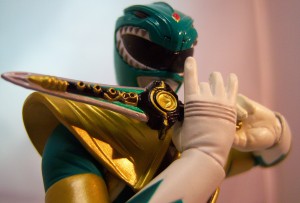 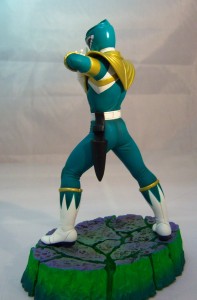 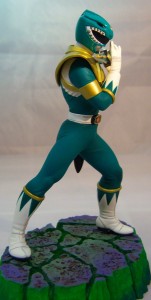 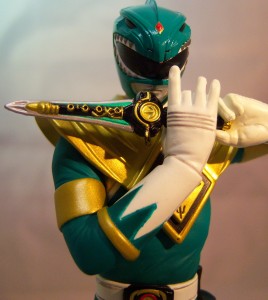 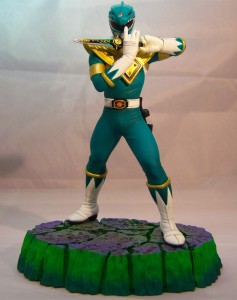 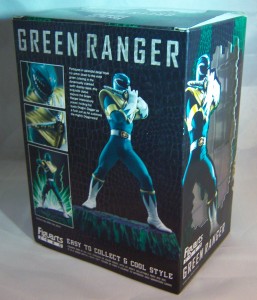 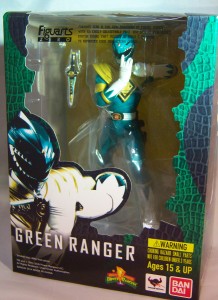