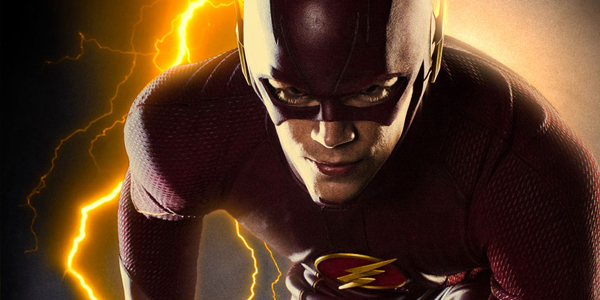 Grant Gustin showed off the Flash costume a lot today. The first look at the whole costume came from DC Comics and the CW right before set pictures started popping up all over Twitter.

The CW releases another photo of Gustin in costume (check out first look here) this time showing off more of the suit, but still hiding some of the details. Shortly after the release Twitter was filled with set images of him running around set in full costume. People got shots of the full suit. 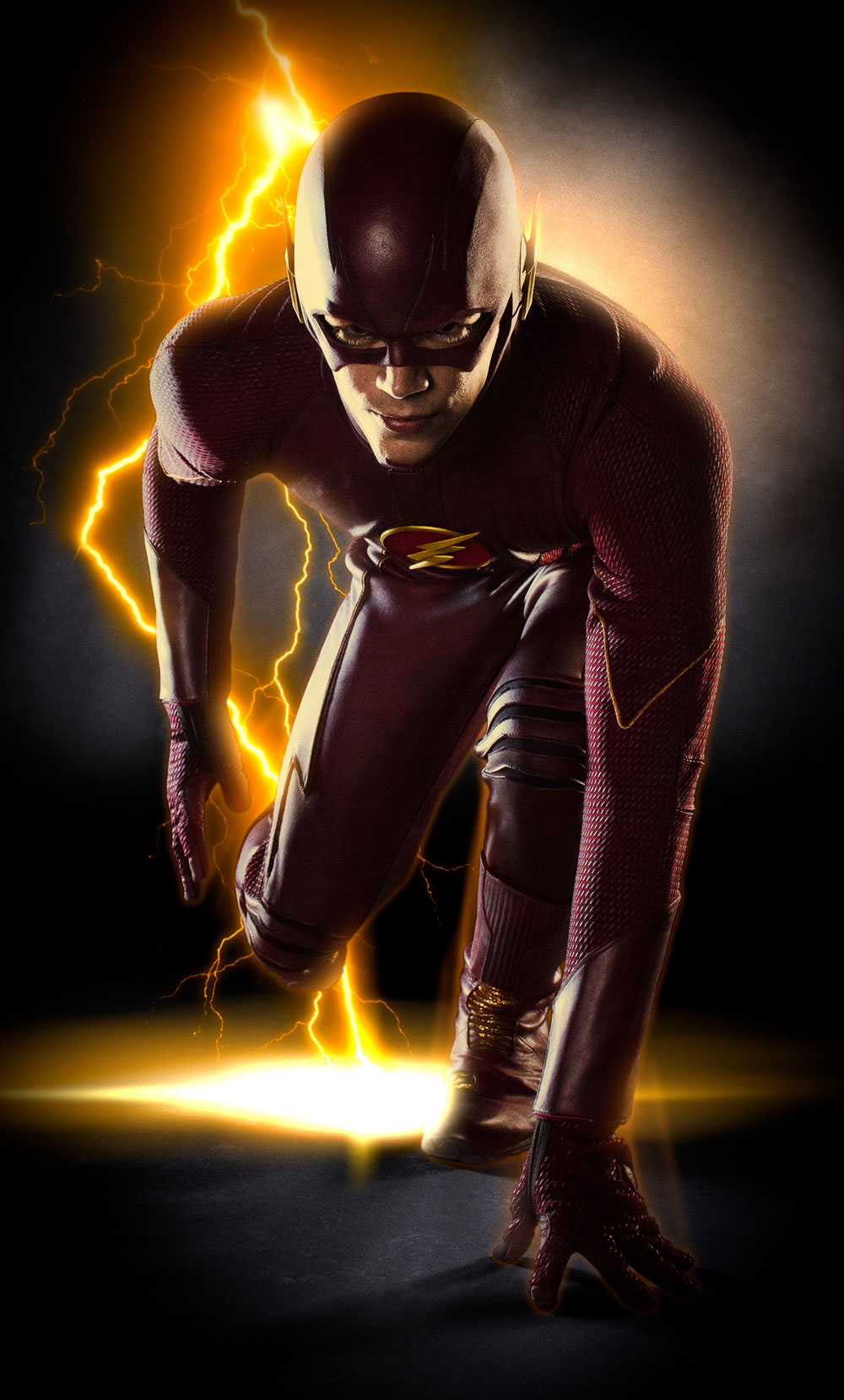 There are a few changes, most notably the absence of yellow and the change to the insignia. The white in the center lightning bolt has been replaced with red. The yellow has been changed to gold and limited to pipping around the boots, gloves, and waist. There have been a lot of comparisons to the Daredevil suit worn by Ben Affleck. Until we see it in full action in the show, fanboys should take a breath. The suit looks close enough to the source without looking goofy. The leather look and dark tones from Arrow carry over into the new look, but still keep the main elements of the comic book hero.

Check out Comic Book Movies for more images and a short video of the Flash running through a plaza. 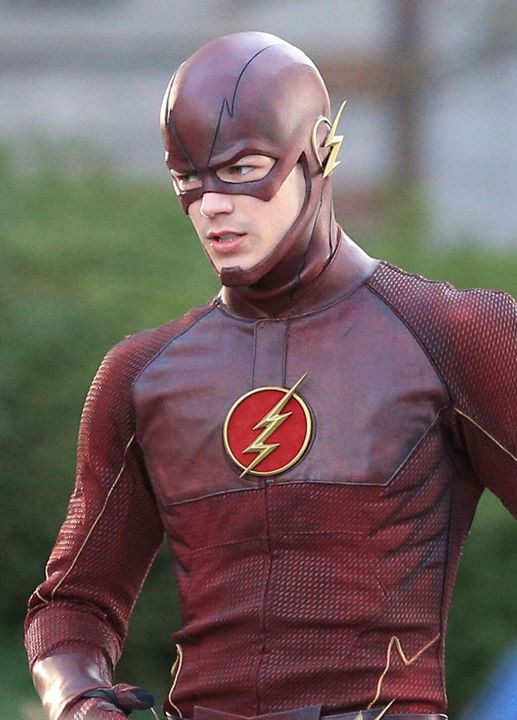