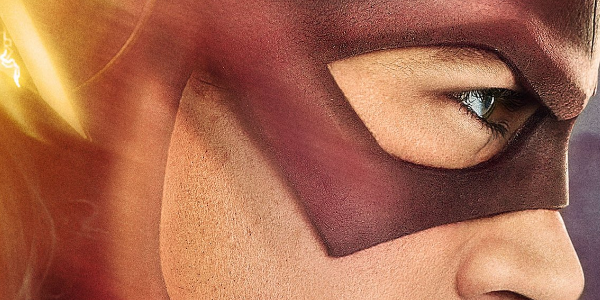 Now things are getting interesting! As far as storylines go, Street Shark, aka Shark-Boy, aka King Shark’s(That’s what it actually is) is sort of classic (Incurable disease, experimental cure, only chance; that old chestnut.). Like the rest of the King Shark’s story, his background isn’t winning any points for originality. It’s kept simple though, which helps keep the modern day conflict on track, as Barry and Cisco attempt to capture King Shark and bring him back to the pipeline. There’s an obvious hitch in their plan however as Barry attempts to free his arm from King Shark’s powerful jaws (without losing it, that is). For a primary conflict, this one is kind of silly. The situation is still serious, and a little bit unnerving to think about, but it doesn’t provide an adequate enough arena to give Barry a worthwhile outlet for his abilities, which is disappointing. Cisco coaching Barry is still very entertaining, but the real highlight is the Arrow crossover at the end. It’s easily the highlight of the volume, and it opens the door to some exciting possibilities.

Hester and Kelsey are just as on point as they were in the last issue. The art is very detailed, and has a lot of personality. Though there are also times when it just looks sort of awkward.

The effects are still great, and there’s a really amazing splash page of King Shark that just pops. There are also some really interesting things done with lighting (especially in King Shark’s flashbacks) that set an appropriately morose tone.

Final Word: Great art from Kelsey and Hester as usual, especially the Flashback scenes. The power effects really add to the intensity, and effectively draw the eye. Barry and Cisco’s fight against King Shark is a bit of a letdown, and sort of anticlimactic, but the cameo at the end injects some new energy in to the series as a whole, and creates some fresh anticipation for the next volume. I can honestly say, at this point, that I’m excited to see where the King Shark storyline is going.