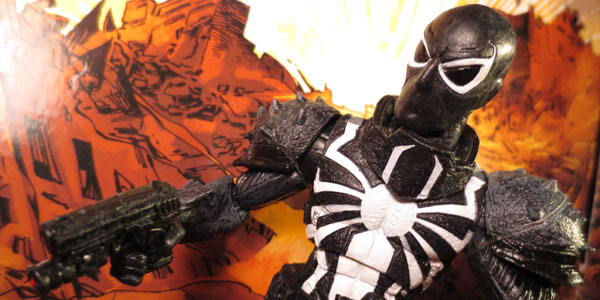 The modern Venom gets captured in plastic as a Marvel Select Disney Store exclusive, and he’s pretty excellent.

In case you were not aware, Flash Thompson– Peter Parker’s old high school bully– is now the current owner of the Venom symbiote.  It’s a long story, but the important things to focus on are A.) Marvel’s version of New York City is micro-cosmically small, seeing as how the same few dozen characters continue to get tied together, B.) Flash lost his legs as a soldier before becoming Venom, and C.) the new Venom has a paramilitary vibe, which looks kind of cool. 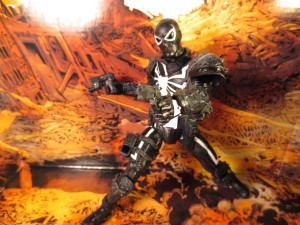 OK, I guess you didn’t really need to know about the missing legs thing.  Or the goofy origin, really– what it really comes down to is Flash’s Venom sports a new costume design– kind of Punisher and Eddie Brock’s creature combined– and the new Marvel Select figure does a wonderful job of translating this look in toy form.

Flash Venom was first available at the top of the Holiday Season, in a Disney exclusive four-pack alongside a new, classic Lizard and re-hashes of Spider-Man and Green Goblin.  The set wasn’t bad, but it cost a considerable chunk of change, and thankfully, Marvel and Disney had the wisdom to release single-carded versions of both Venom and Lizard, for collectors who didn’t feel the need to repurchase Spidey and Goblin.  It’s a smart and fair plan, a rarity when it comes to store exclusives– those who were impatient, or wanted all the figures could buy the box set, while the rest of us could cherry pick our favorites a few weeks later. 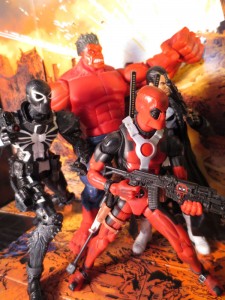 I’m as impressed with the new Venom’s execution as much as his distribution– this sculpt is a home run.  Despite his simple, black and white color pattern, Flash includes a variety of textures throughout his costume, all of which work perfectly well together, from the high gloss ridges on his sides to the spiky, gritty armor on his shins, forearms and shoulders.  The paramilitary trappings, such as Flash’s belt and leg holster are well executed, and feature two working holsters for his guns.  Flash also includes a war-torn display stand, with broken asphalt and mangled technical equipment, and removable shoulder pads (which I guess can also count as accessories).

Marvel Select is famous (and infamous) for their 7″ scale, sparking a guessing game (and debate among scale nazis) on how well each figure fits into the slightly smaller 6″ scale Marvel Legends set.  Typically heftier figures like Hulk and Juggernaut can integrate seamlessly, but I’m happy to say that Flash fits in with Legends pretty well, especially for a non-bulky figure.  He’s about half an inch too tall to truly fit in for the diehard scale obsessed, but he’s close enough in overall size and scale that he blends nicely in a Legends display alongside his fellow Thunderbolts. 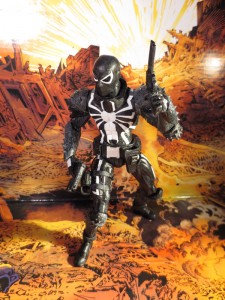 The majority of this figure is very well-handled– he looks great, the paint apps make nice use of washes to break up his monochromatic color scheme, and he is well articulated (with a hinged neck, ball shoulders and hips, a good ball-style ab crunch, hinged elbows, knees and ankles and swivel waist and wrists).  Both guns fit fairly well in Venom’s hands, as well as in their holsters, offering plenty of posing options.  The only drawback I ran into are the shoulder pads, which look great but fasten in place very tenuously, with only one very small hinge to affix them to Venom’s shoulders.  To keep them in place, the figure comes packed with those clear rubber bands looped around the pads, and I’m opting to keep those in place so the pads don’t fall off.

I’ll admit, I still think the Flash Thompson Venom idea is goofy and gimmicky, one of many silly moves that result in Marvel making their own universe feel small and too incestuous.  That being said, the new Flash design is striking, a unique look for Venom while maintaining enough iconic qualities to make him instantly recognizable.  And Marvel Select really nails their take on the character– he’s a well-engineered figure with great attention to articulation, paint and sculpted detail.  Whether you’re into Select, Legends or both– the Flash Venom is an excellent new figure based on a character we’ve never seen in either line thus far, and if you find one, you should probably pick him up. 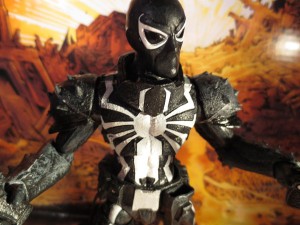 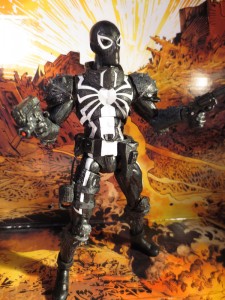 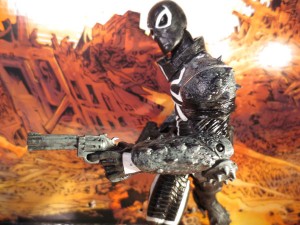 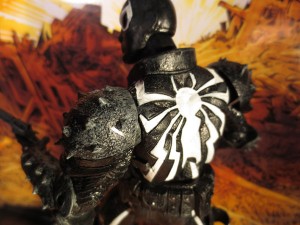 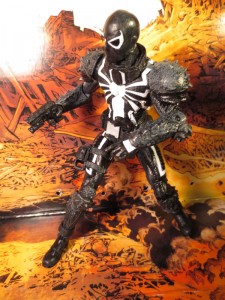 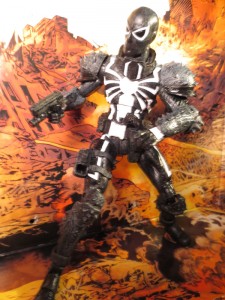 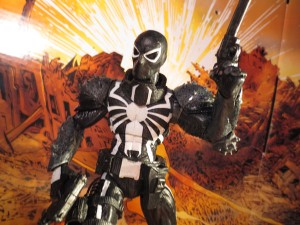 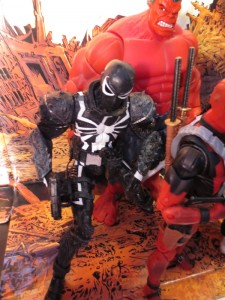 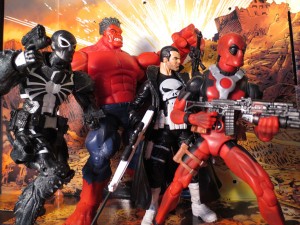 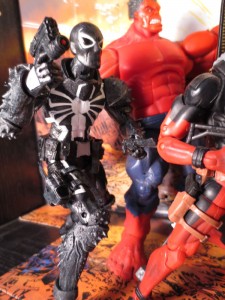 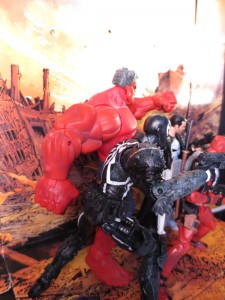 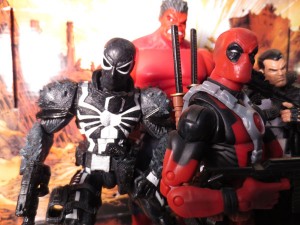 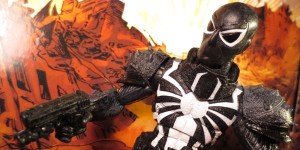