The Flying Man Is A Delightfully Creepy Take On Super Heroes 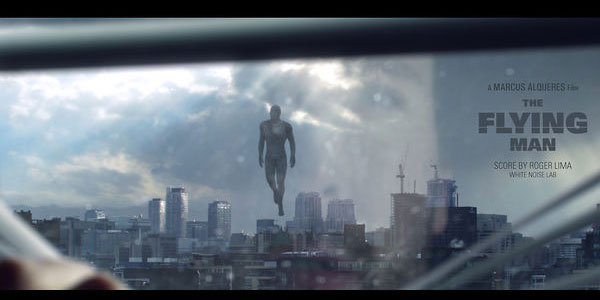 Watch this short film, and you will fear the belief that a man can fly.

Marcus Alqueres’ The Flying Man is a great little film on many levels, but what it sells better than anything is just how eerie and uncomfortable it would be to actually SEE a super human being in the real world.  Here, our Flying Man appears out of nowhere, says nothing, and dispatches what turn out to be criminals in remarkably brutal ways.  The found footage style newscasts suggest this guy is a hero, but he could be anybody– no one even knows if his grey form is a costume or his skin.

The actual short plays out mostly from the perspective of a pair of criminals, who wind up coming face to face with this Flying Man.  It plays out like a very taught horror movie, and one hell of a payoff at the end.

You can watch The Flying Man short film below.  Director Alqueres (who has worked SFX on movies like Rise of the Planet of the Apes and 300) is apparently trying to turn this short into a feature length concept.  If it’s half as good as this version, he’s got my ticket already.