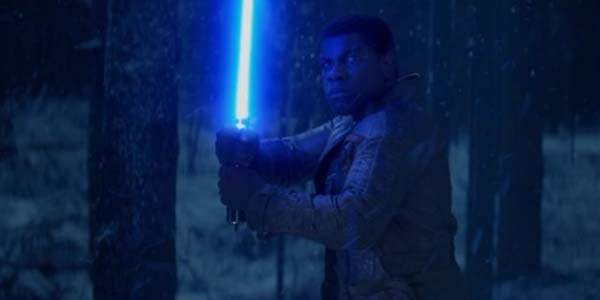 Now we know who Kylo Ren is going to fight in the snow!

The Star Wars Instagram page posted a video teaser for The Force Awakens, and it is really, really good.  It’s only four shots, and not quite 15 seconds long, but it ends with Jon Boyega’s Finn igniting his lightsaber in the snow, apparently getting ready to square off against Kylo Ren and his DIY cross-blade saber.  And it is AWESOME.

As a side note, you may have noticed my posts have been a little sparse lately here on the site.  That’s gonna continue for a while.  I’ll spare you the gory details, but suffice to say, there’s a lot of irons in the fire– both for me personally and for this site– and while there’s a crazy amount of work in front of me right now, I’m optimistic that the end result will be worth the effort, in both regards.

I’m going back to self-exiled radio silence now, but that shot of Finn and his lightsaber, man…

How could I not take a second to share this?  So fucking cool.