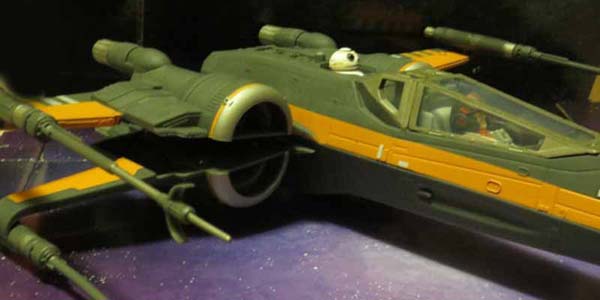 Star Wars is well known for many things, but the striking and visually dynamic ships piloted by the heroes and villains have always been one of its strongest design statements.  We all know and love the X-Wing, one of the most famous of the “hero” ships in the Original Trilogy, and it’s awesome that these vehicles will once again fly into the spotlight during The Force Awakens.  The Resistance apparently uses X-Wings much like the Rebellion did, and the revamped ship released by Hasbro is based on the one flown by Poe Dameron, one of our new heroes.

I was dying for this toy ever since images were revealed of Poe’s vehicle, which takes the familiar shape of the X-Wing but twists it with an entirely new black and orange color pattern.  It’s a crazy cool pallet for the ship, and Hasbro’s 3.75″ scale vehicle captures it well, with the bright orange accents standing out brilliantly against the very, very dark grey hull of the starfighter.  While the overall shape and design are very classic, this X-Wing does include the subtle changes that will be seen in the new movie, such as the larger engines now bisected and placed where the wings and chassis connect.  The cannons at the ends of the wings are also different, slightly more streamlined than the OT versions, and instead of the traditional astromech droid, we get a sculpt of the utterly adorable BB-8 stationed behind the cockpit.

Speaking of the cockpit, beneath the clear plastic canopy we have a nicely detailed interior which fits one 3.75″ figure.  The effect is completed via a few stickers which come packed in the box, which add color and context to the controls of the ship.  It’s Poe’s vehicle, so it only stands to reason he is the figure we’d see packed inside.  The pilot is an improved version of the single carded basic figure, and all new sculpt which captures the new look of the Resistance’s flight suits.  I like the shift from orange to red, the less angular design of the flight harness, and the more streamlined helmet.  While the single carded Poe has his helmet sculpted on (complete with a cheap looking solid color painted visor), the X-Wing edition sports a removable helmet with translucent plastic for the visor.  While the Oscar Isaac portrait misses the mark in terms of likeness, the removable helmet and overall quality of the figure’s sculpt makes that easy enough to forgive.* 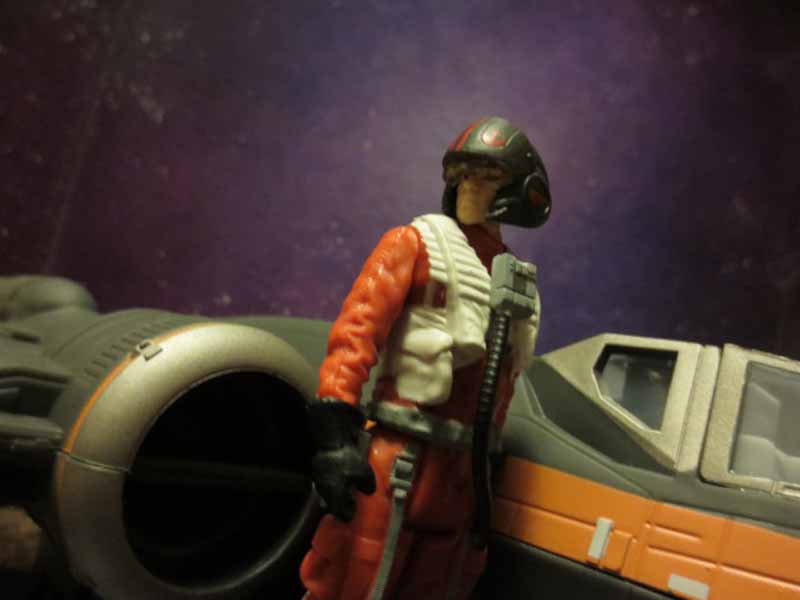 Poe fits well enough in the cockpit, but he needs to sit low in order for the canopy to close properly.  The figure’s ball joint neck helps here, because even when practically lying down to fit inside, Poe can still be posed to look forward instead of straight up.  BB-8 is not removable, but features a ball jointed head, and looks really good in the navigation port. One of the reasons the droid is non-removable is so the vehicle can retain the vintage action feature– press down on BB and the ship’s wings pop open and form the “X” shape that gives the vehicle its name.  A small reset switch behind BB will lay the wings flat again, and this slide is worked very well into the sculpt, so as not to ruin the overall design.

There is one big drawback with this X-Wing… it seems to be slightly too small.  Between the overly cramped quarters for the pilot figure and the general look of the vehicle, it would probably need to increase size by about 10% to be movie accurate.  The scale issue isn’t a dealbreaker for me (obvs), and I kind of like that this smaller size makes the ship a nice reflection of the also-too-small vintage toy.  However, with a $50 price tag, the extra size to make this vehicle more movie accurate would have been appreciated.

Despite its scale issue, the new X-Wing is really cool.  I love the new colors and the stylistic tweaks to the vehicle we all know.  It’s great to see a pilot figure packed in the box, and the fact that this set includes the best action figure of Poe makes it even better.  And the throwback action feature is really fun, making this and the new Tie Fighter instant nostalgia machines for somebody who loved the original toys as much as I did.  I am confident Hasbro will recycle this X-Wing sculpt before long, to release more Resistance fighters (possibly in more traditional colors, which we’ve also seen in production images and the trailers).  But I’m glad they started with the coolest looking X-Wing we’ve seen thus far, and it’s little surprise that Poe’s ship has been one of the hottest items released in The Force Awakens collection.  Look for Poe’s X-Wing at Target now, and soon at Toys R Us, Wal-Mart and other retailers. 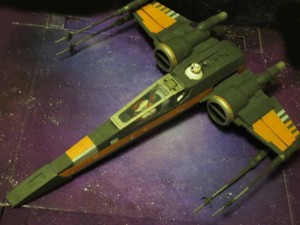 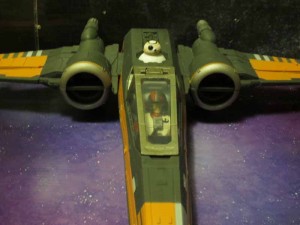 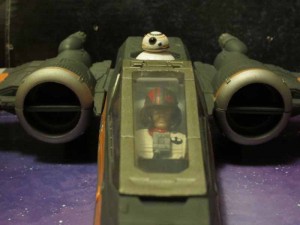 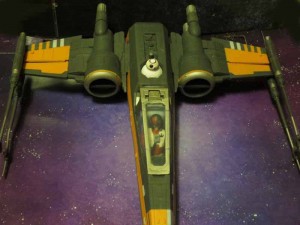 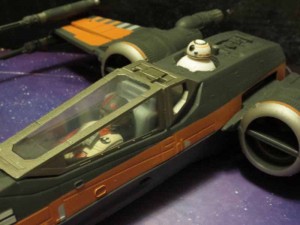 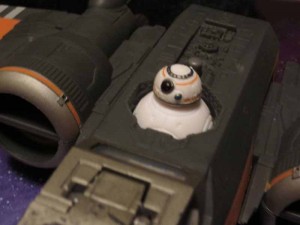 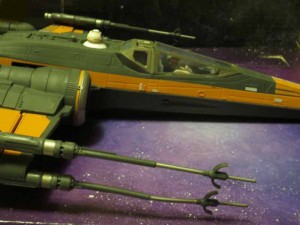 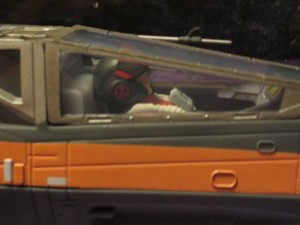 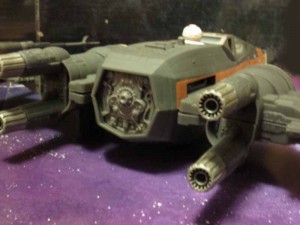 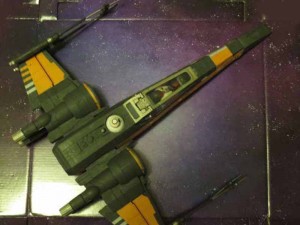 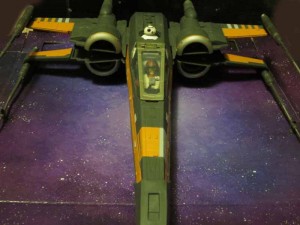 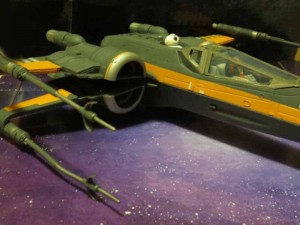 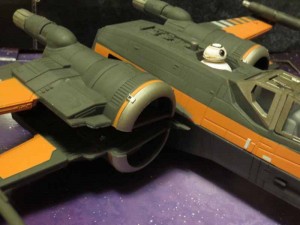 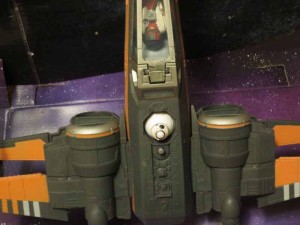 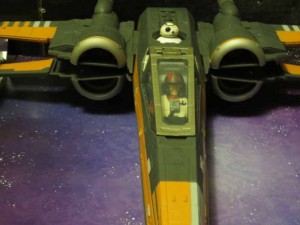 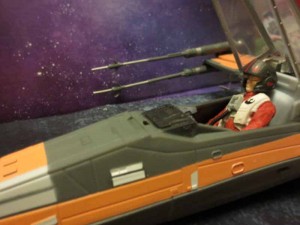 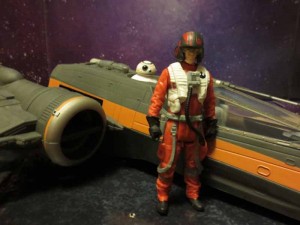 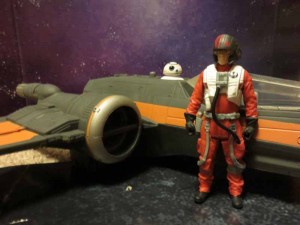 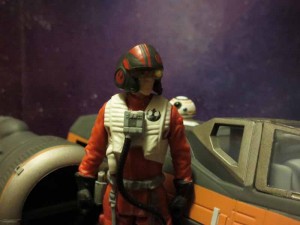 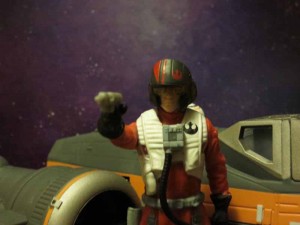 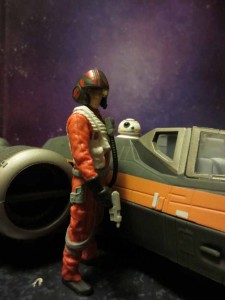 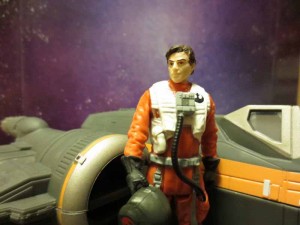 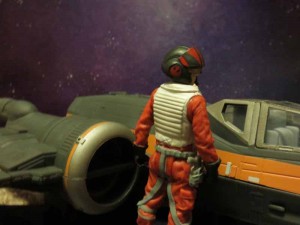 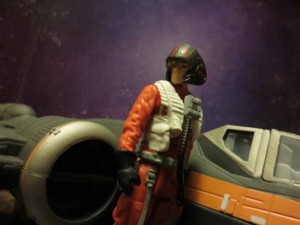 *It DOES mean I’m going to have to wait for the Black Series figure before I can make a custom Llewyn Davis action figure.  Dammit.