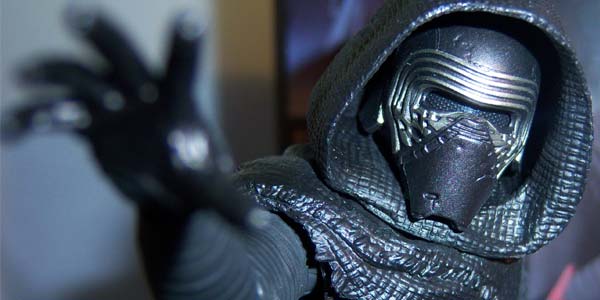 Bandai/Tamashii Nations hit a small gold mine when they secured the Star Wars license. What started as a trickle has turned into a flood of amazing action figures based on the most beloved saga of all time.

Kylo Ren leads the Episode VII charge with the First Order Trooper as the second release of The Force Awakens series (look for that review in the upcoming weeks). Captain Phasma is due out in February and after that there is no clear indication that we are getting any more, but given the success of this line I would not be surprised to see it happen.

Kylo Ren is packed with multiple hand changes and three versions of his lightsaber. One saber comes with an attachment to be placed on his belt, another is one that is not activated and can be placed in his hands, and the third is fully activated. The detail on the activated saber is fantastic with its clear red plastic that has the ripple effect to show his distressed crystal in action. 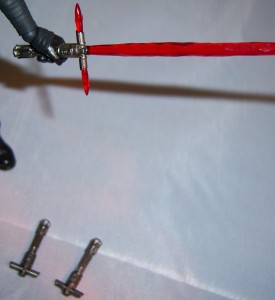 The articulation is stellar as always with this line. You can pretty much pull off any pose you saw in the film. The plastic clothing is very malleable and can bend to fit the figures movement. You are not hindered here as you were with Darth Vader’s hard plastic cape. Some people have taken the figures head off (which is very easy on all S.H. Figuarts) to remove the hood and show Kylo with just his mask as seen in some of the film. This will not hurt the figure and can easily be switched back and forth.

The detail on the mask is amazing as well. You can see all the nicks and marks that you saw on the big screen. Some customizers have already done some work and taken the cloth tunic from the Hasbro Black Series and added it to the Figuarts Kylo and this addition does look nice. However, I don’t see it as necessary due to the fact that figure’s aesthetics are not hurt but the plastic it came with.

If you can find Kylo online from the Japanese retailers you may pay $52 plus shipping, however, secondary market prices have him at about $65-75. JQ gives Kylo Ren from S.H. Figuarts a 9.6/10. Amazing detail, amazing poses, and amazing quality. 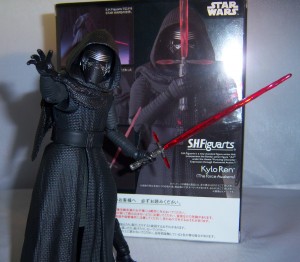 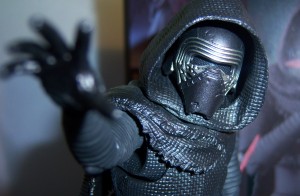