The Force Awakens In Vanity Fair 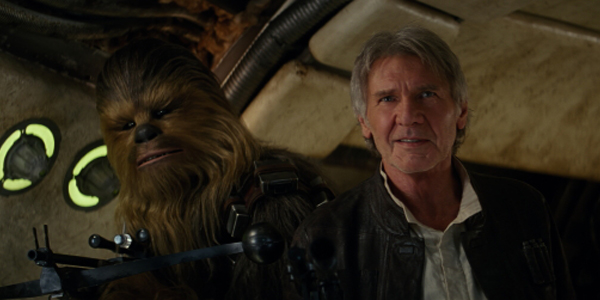 It’s the 4th of May*, in case the preponderance of “May the 4th” posts cluttering up your social media account hasn’t already reminded you.  I’m a bit more engaged this year* thanks to me rekindled love(?) of Star Wars and the fact that this is a year in which we’re getting a new Star Wars movie!

As such, I imagine there will be some cool The Force Awakens things rolling out throughout the day.  We already learned that Friday September 4th will be the big street date for the Force Awakens’ merchandising juggernaut to begin its reign of terror (complete with midnight madness openings at some retailers).  We also caught a look at the Star Wars-themed cover of Vanity Fair’s June issue, which is neat specially since it’s the first time our new cast (Daisey Ridley, John Boyega and BB-8 specifically) have shared the frame with Harrison Ford and Chewbacca.  This is a nice visual reminder of how well JJ Abrams and his team nailed the aesthetic of Star Wars… the newbies look completely natural posed next to Han and Chewie.

There’s bound to be more Force Awakens happenings as the day goes on.  If you come across anything exciting, post it in the comments below, or share it with us on Facebook.