The Force Is Strong (Enough) With Star Wars Black Series 3 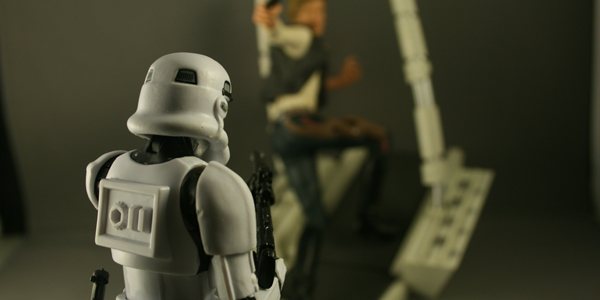 The third wave of Star Wars: The Black Series is good, but not quite as great as the first two.

It seems like Hasbro follows a pattern when it comes to their toy lines– they start strong with a solid first series, then follow it up with another strong, very similar wave– same number of new characters, no repacks, a few fan favorites– and then the third wave always dials things back.

They used this pattern for the Return of Marvel Legends and quite a few other lines, and now we’re seeing it in Star Wars: The Black Series.  Not that the new wave is bad– we get a very cool Stormtrooper, Luke in his Bespin togs and an Episode III Obi-Wan, for those who care about such things– but this lineup just doesn’t feel as incredibly exciting as the earlier releases. 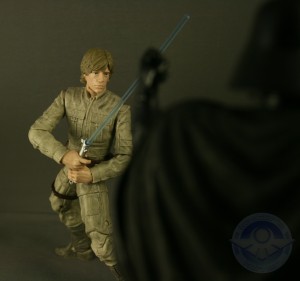 There’s lots of highly cool stuff on the horizon for the Black Series– Darth Vader, and Chewbacca and a Speeder Bike and Jabba the Hutt– so this lower impact wave isn’t a sign of the times, so much as feeling like a placeholder, tiding us over until we get to the really good stuff later in 2014.

Maybe that’s unfair?  I’m a little conflicted because each one of these figures is still good in their own right.  Take Luke, for example.  His Empire Strikes Back outfit is one of his most iconic looks, and I’m glad to see it realized here.  He features a truly amazing portrait of Mark Hamill, leaps and bounds better than even the Black Series One figure.

Luke sports ample articulation and a wonderful black wash on his uniform, which adds the realism of his grungy time on Dagobah and highlights the wonderful detail of the sculpt.  It’s an overall great Luke figure… but this seems too early for a variant of our hero before we get to some of the other big hitters.  Thankfully, the line is going over very well at retail, so we’re not in any immediate danger of it dying before we get the core cast, but there’s something irksome about having two Lukes and no Vaders right now.

The Ewan McGregor Obi Wan Kenobi is like the Pink Floyd of action figures for me– I can appreciate the craftsmanship and artistry on display here, but I care nothing for the source.  I’m not into the prequels, but unlike most people, I place most of my blame for them sucking on McGregor, not George Lucas.  The way I see it, Lucas at least had passion behind his (admittedly bad) ideas… but good luck finding a scene in any of Episodes I to III in which McGregor isn’t radiating a smug disdain for what is going on around him.  It’s pretty obvious he was phoning his role in for a paycheck, and that empty, lazy performance– for one of the most important characters in Star Wars lore– did more damage to these movies than any boring, hollow CGI effects ever could.

I’m really only sharing this rant as context for why I cannot get excited for this Obi Wan.  It’s the way my brain tempers what is otherwise a very nice rendition of the character.  The Jedi robes are very good, and the soft goods lower tunic fits in seamlessly, while allowing a maximum range of motion.  The Jedi gets his lightsaber and a decent portrait of McGregor, albeit one that seems a little too narrow when you see it dead-on from the front. 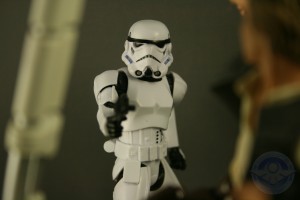 Rounding out the new set is the new Stormtrooper, and he’s the best– and most surprising– of the bunch.  Logically, the new Stormtrooper is made up largely of reworked parts from the Sandtrooper, with a new clean white paint job.  I always loved this simple, iconic look best for my Troopers, and this sculpt cleans up really well!

But it’s the small tweaks that make a huge difference here.  The new belt includes a holster for the Stormtrooper’s blaster.  His helmet is, oddly, not a recast of Sandtrooper’s, and I actually like the proportions on this new one better.  The biggest improvement is materials, though… I loved the look of the Sandtrooper, but he had been my least favorite Black Series release thanks to the awful, super-gummy joints which allowed for minimal poseability.  Add to that his weak accessory pegs– with his rifle, backpack and shoulder pad barely managing to stay balanced in place– and the Sandtrooper was a good-looking mess of a toy.  Thankfully, the Stormtrooper gets it right, with sturdier joints throughout the figure.  He feels more durable and he poses much easier than his desert-themed ally, and the result is a toy infinitely more fun to play with.

The third series of Star Wars Black is by no means bad.  This collection is one of the finest mass market Star Wars toy lines ever released and Hasbro continues to deliver.  But when I look at these guys compared to, say Han Solo or Boba Fett, they seem slight.  I with Luke had a swappable cut-off hand.  I’d love to see a robe with Obi Wan.

It’s little things like that which have made the previous Black Series releases feel like the DEFINITIVE toys of that character.  I’ll never need another classic Han in 6″ scale, because Hasbro nailed it.  These Wave Three figures are quite nice, but I can’t envision any of them being the final version of the character I plan to own. 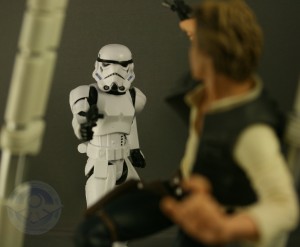 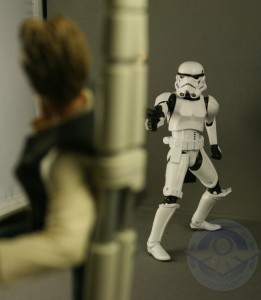 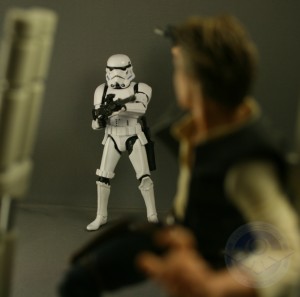 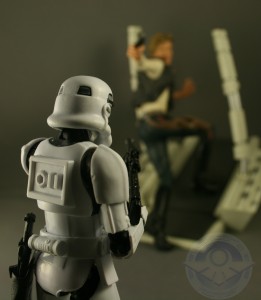 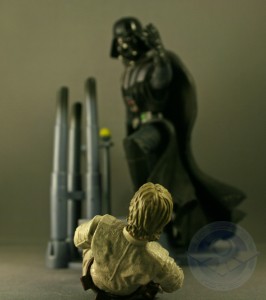 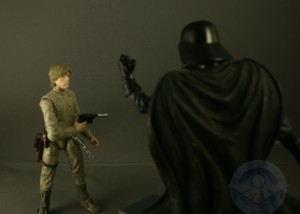 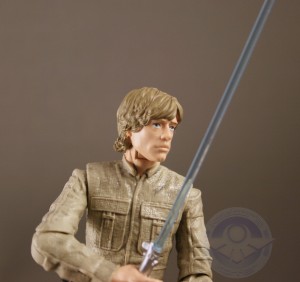