The Force Is Weak With Black Series Emperor Palpatine 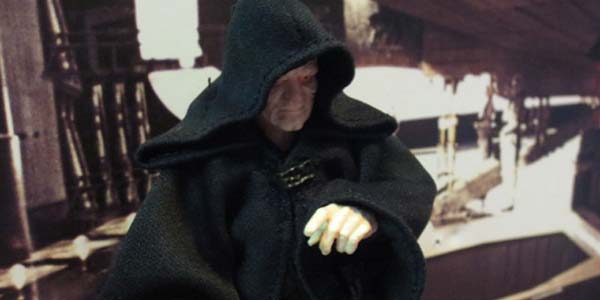 The ruler of the Galactic Empire makes a mediocre addition to Hasbro’s Star Wars Black Series.

Soft goods on action figures are always a dangerous game.  They can work out great, as we saw in many 3.75″ Star Wars figures over the years, and even in the first few waves of Black Series 6″ figures.  Even Yoda, a figure who is 80% covered in a fabric overlay, actually made it look good, in spite of his other faults.  The latest Black Series release, Emperor Palpatine, also features a LOT of soft goods coverage, thanks to his outer robe, but it is not nearly as effective this time.

I guess I’ll start with the figure itself before delving into the failure of Palpatine’s robes.  Scuplt-wise, what we get here is really good– the portrait is nice and accurate to the Emperor’s appearance in Return of the Jedi, and there’s some very nice paint detailing to highlight the infected pink eyes, grey bags and dark, entrenched wrinkles on the Sith Lord’s face.  His angry yet focused expression works very well, and conveys the perfect personality for the character.

In terms of scale, Palpatine is also a success.  He stands just a hair taller than Luke Skywalker, which seems right to me… although his height becomes slightly variable due to the great range of the ab crunch, which allows you to hunch Palpatine forward in his most recognizable “old man” pose.  Aside from the ab articulation, there are very few surprises in this figure’s articulation pattern.  Palpatine sports the standard ball neck, ball shoulders and hips, hinged wrists and ankles, and double elbows and knees.  Overall the moving parts work well, although the firm plastic that makes up the Emperor’s inner robes definitely limits the range of his legs.

Beyond the face, the Emperor also doesn’t feature much paint work– he’s in all black robes, but there’s no washes or highlights added for depth.  It’s not a dealbreaker in and of itself, but adding the monochromatic black plastic of the figure to the unrealistic cut of the outer robe makes this figure feel much more toy-like than some of the better, more realistic Black Series releases.

Let’s get to the big problem– that robe.  Why does Yoda get a pass, while Palpatine loses for also being wrapped in cloth?  It comes down to two things– material and tailoring.  Yoda had the benefit of sloppy aesthetics– he’s a hermit living in a hut in the swamp… so he’s supposed to look kind of bad.  If the robe bunches or drapes awkwardly, it adds to his homegrown schlubbiness.  But for that figure, Hasbro’s design team chose wisely in terms of the fabric they used, as well.  Rather than opt for a crisp, clean material, Yoda’s cloak is a heavily textured, burlap like material that makes it a great match for the character’s on screen appearance.

It probably sounds like I’m reviewing Yoda again, but I actually bring all this up to contrast The Emperor, whose robe is nowhere near as thoughtfully rendered.  The fabric is more standard stock, which is fine since Palpatine should look less ratty than the fugitive Jedi Master.  But the cloth is stiff on top of the figure– while some aggressive folding has almost matted the hood onto Palpatine’s head, and sleeves and even length of the robe are too rigid to drape naturally.  Instead they stick up and out, bunching in weird places and burying Palpatine’s shoulders, arms and body.

Even this could be excusable, but the robe is also too slim.  Palpatine’s outfit in the movie was baggier, with wrinkles and drapes of cloth adorning his frame, which added to his dessicated and sickly appearance.  The action figure’s robe is practically skin tight, with simply not enough extra space to accommodate any of the folds, billows or wrinkles that should be present.

Opting for a second, plastic robe underneath is also problematic, as the two layers do not mesh well (the fabric is much more matte than the shiny black plastic under it).  Like most of the problems with this figure, this issue isn’t completely terrible, but it certainly detracts from the figure’s overall quality.

The last issue Palpatine suffers from is his cane.  While the figure itself is scaled well, his cane is too short.  Even hunching the figure all the way forward, the Emperor cannot lean on his cane– it remains suspended in the air by a few centimeters.  Aside from the cane, Palpatine features no accessories.  I’m fine with the lack of lightsaber– I don’t think this guy ever should have wielded a saber to begin with– but I would have loved to see the inclusion of some alternate hands shooting Force Lightning.  This would have been a perfectly logical accessory, one that would fit with the rest of the ROTJ Black Series figures, and probably would have been fun enough to help forgive the figure’s other shortcomings.

So Palpatine is definitely not one of the better Black Series releases, despite featuring a good sculpt and being one of the bigger characters in the Original Trilogy yet to join the collection.  I’m not sure we’ll ever see another Emperor in this series, but if we do it wouldn’t take much to fix him.  Were Hasbro to re-release this guy in a box set with Darth Vader and Luke from the final battle, I think some minor tweaks to all three figures could go a long way.  Give Palpatine a new, better cloak and some Lightning hands… fix Vader’s weird helmet, and just for the heck of it toss in a new headsculpt of Luke screaming in agony as he gets incessantly zapped by his opponent– why not?

But if this is the only Palpatine we see in the 6″ scale, he’s still worth picking up, especially if you’re hoping to complete the core cast of the OT.  Our friends at Mike’s Comics N Stuff are carrying many of the Star Wars Black Series figures.  Click Here to order yours now. 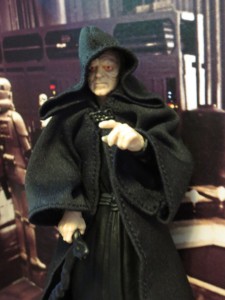 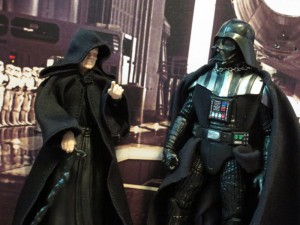 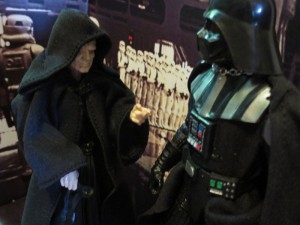 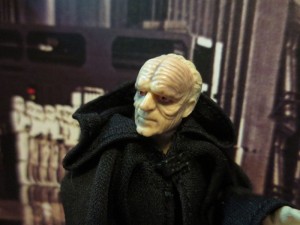 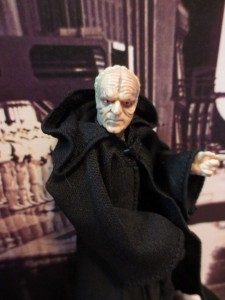 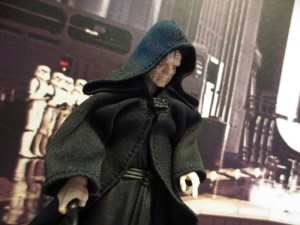 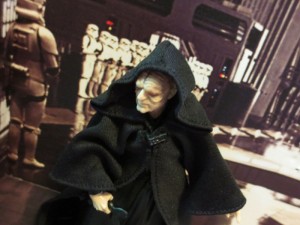 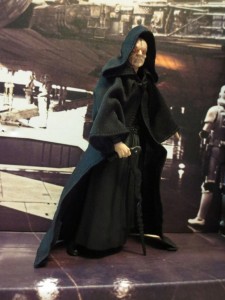 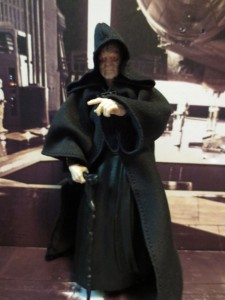 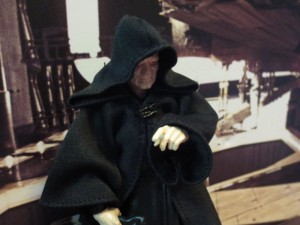 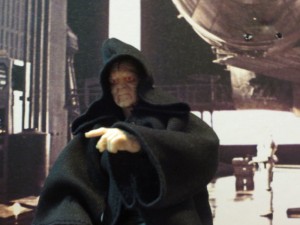