Forecast for Tonight: An awesome episode of The Big Bang Theory with a chance of coitus… 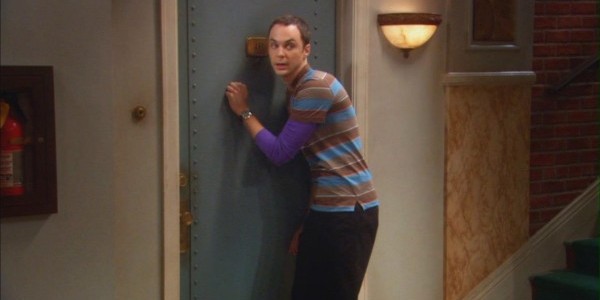 Don’t worry, Sheldon is just trying to tell us that The Big Bang Theory is on tonight. It’s back again! The first episode of the ninth season will play tonight at 8/7c so hurry home after work and turn on the TV to catch up with your favorite group of friends, since…well Friends. BAZINGA!

The episode tonight will deal with all sorts of awesome that the season 8 finale left us with. So, Leonard and Penny are off in Las Vegas to get married, but Sheldon and Amy are no more… Fans can only hope they can work it out during the ninth season of The Big Bang Theory.

Talking with TV Line Mayim Bialik tells a bit about where the ninth season will begin in an interview with TVLine at the Emmys. She talks about Leonard and Penny’s wedding saying, “It’s an interesting wedding…it’s a different kind of wedding…” which has excited me to see what she means during tonight’s episode. When asked about her character, Amy’s standing with Sheldon she explained that they are, “Not sure where they are, we pick right after the season finale. We definitely deal with the relationship head on, especially in the first five episodes”. This confirms fan’s greatest fears that their relationship will most definitely continue to be a bit rocky, especially early in the ninth season. So, it should come as no surprise that their relationship problems will be a difficult maze to escape even with the help of their close friends. The writers and producers are prepared to push the threshold this season with Sheldon to see how much he can emotionally connect with Amy. Mayim Bialik tells TVLine that, “They are really experimenting with what this is bringing up for Sheldon, and what it means for him and how far he can be pushed emotionally”, ensuring that fans will learn a lot about him this season. But to find out what happens after the season eight finale you’ve got to tune in tonight to CBS at 8/7c.