Originally in development as a DS title, the dimension-shifting science fiction 2D platformer Fractured Soul is arriving on the Nintendo eShop on September 13th. Check after the break for a bunch of awesome screenshots and a brand new trailer.

Fractured Soul looks like one of the first must-own eShop titles, especially for fans of 2D platformers in the vein of Metroid, Mega Man and Castlevania with some crazy Ikaruga-esque shmup levels thrown in. There’s also the mechanic of constantly shifting between the top and bottom screens to avoid obstacles and defeat enemies in two different dimensions, sometimes with different levels of gravity. And with a price of $11.99 for a full game originally intended as a physical retail release, this looks to be a great deal.

Will rapidly shifting between the 3D and 2D displays cause your eyes to melt out of their sockets? We’ll be able to tell in just a couple of weeks, but until then check out the trailer and screenshots below. Click on the thumbnails to view the full images. 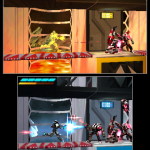 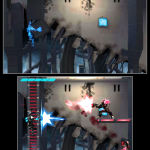 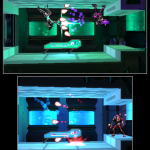 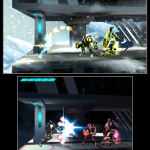 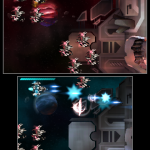