Frank Miller Back On Batman? So Wrong! 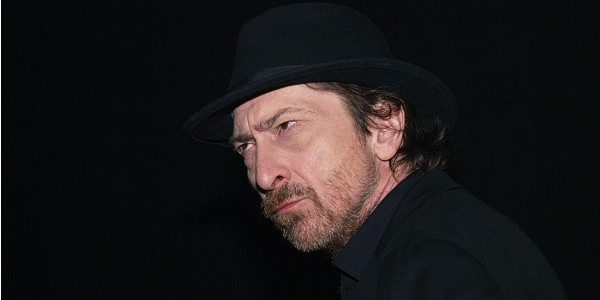 A new Batman series by Frank Miller is just a bad idea.

Let me start off by saying that I’m a huge fan of “THE DARK KNIGHT RETURNS”. I thought it was an amazing story, ground breaking even, and still holds up today. That being said, though, it’s pretty clear for the past couple of years, Frank Miller’s been off his freaking rocker.

After “THE DARK KNIGHT RETURNS”, Miller followed up with a retelling of Batman’s origin, “BATMAN: YEAR ONE” in 1987. Though, in all honesty, “BATMAN: YEAR ONE” is more of Commissioner Gordon story than Batman, it still is another seminal piece of writing on Miller’s part.

After that, Miller took some time away from Batman to work on a few different creator owned series. But, finally returned to DC and Batman with the much anticipated sequel “DARK KNIGHT STRIKES BACK” in 2001.

What a complete and utter disappointment.

First off, it took Miller 8 months to tell a 3 issue story. Really? I’m the kind of guy that’s a stickler when it comes to deadlines, so I have an issue whenever a comic is late. Sure. Things happen. I get it. But 8 months? For three issues? Seems like something was up.

And clearly there was, because the story was just mess. Superman, Wonder Woman, and Captain Marvel working for Luthor. Batman beats the snot out Superman (again?!?!?). And then…then… there’s whatever the hell up with shape-changing, psychopathic Dick Grayson. What was that all about? Horrible. Just horrible.

If that wasn’t enough, Miller followed that up (back in 2005) for the train wreck “ALL-STAR BATMAN AND ROBIN.” This “series” was just a travesty. A horrible story covered up with pretty pictures by Jim Lee. Only in All Star Batman and Robin could we have gotten the now famous line “I’m the Goddamn Batman.” Not to mention Batman calling Grayson “retarded”. 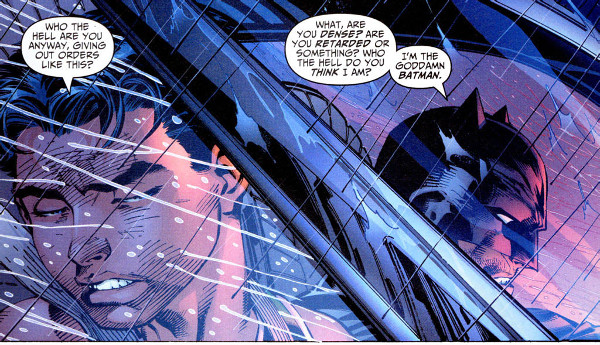 And I’m not even gonna mention Holy Terror.

So, yeah…with Frank Miller’s not so recent history, I’m really not looking forward to this series. At all.
On the positive side, and probably the only saving grace for the upcoming Dark Knight III, is that Brian Azzarello is co-writing it.

But, you know what they say about putting makeup on a pig.