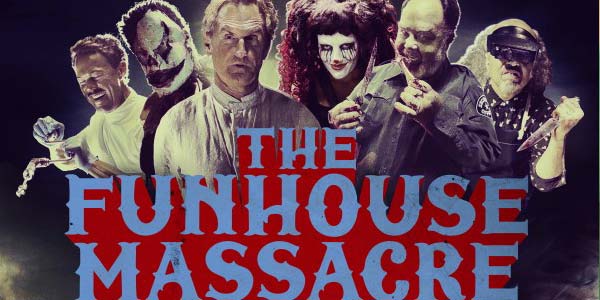 Petri Entertainment pays homage to the slasher movie genre with The Funhouse Massacre.

Looking for a fun horror/ comedy movie night?  Look no further because The Funhouse Massacre pays homage to the 80s and slasher films in the best way possible.  The film made its world premiere at HorrorHound in Indianapolis, where it won both Best Feature and Best Special Effects (by Robert Kurtzman, known for his work on It Follows, Army of Darkness, and Scream among many others).

Who better to lead this story than one of the men who defined slasher movies, Freddy Krueger himself Robert Englund.  Englund plays the warden of Statesville Asylum– a secret insane asylum which houses five of the worst serial killers of all time– a job that proves too much for him to handle.  After escaping the asylum, our villains find their way to a theme park based on their murderous stories and begin to wreak havoc on the locals. We have the cannibal, the taxidermist, the monster, the dentist, the prophet (played by Jere Burns), and his twisted daughter.  Throw in the teens who think the carnage is part of the show and you’ve got yourself a classic slasher film.  There’s also some great nods to 80s pop culture throughout the movie.  One scene features a deputy playing some classic Nintendo games, and yes– he has to remove the cartridge and blow in it to make it work.

This was a interesting movie to watch, both amusing and scary all rolled into one.  There’s some decent kills in the movie… what would a horror film be without a few deaths along the way?  It was easy to stay interested in this movie start to finish, and the entire cast did a great job.  For an indie horror film, The Funhouse Massacre is a modern classic in my book. The movie releases on Friday, November 13th in 25 major markets, through AMC.  I give it two thumbs up. 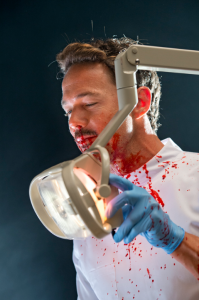 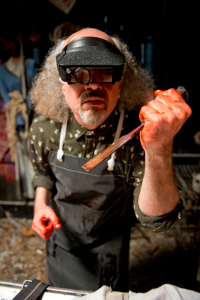 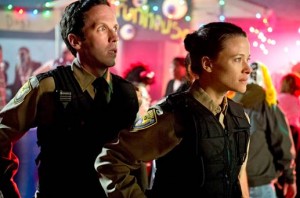 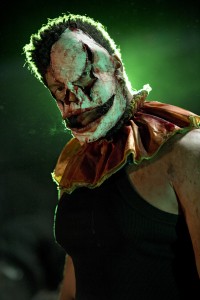