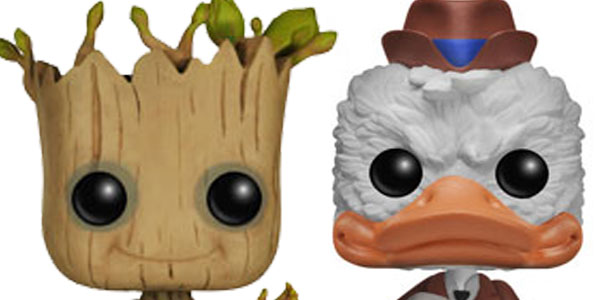 If you’re one of those few sad sacks who hasn’t seen Guardians of the Galaxy yet… well… spoiler warning, I guess.

There are few recent summer movies quite as cool as Marvel’s Guardians of the Galaxy.  It was a huge hit with geeks, cinephiles who aren’t too cool to have some fun at the movies, and pretty much everyone else.  It’s proven to be one of the biggest crossover hits of recent years, so in that respect it makes sense we would see Funko expand their own mass appeal crossover hit toy line– the omnipresent Pop vinyls– with more Guardians figures.

And boy oh boy did they pick an awesome pair of new ones!  Not only will we see the release of everybody’s favorite, Dancing Groot, but Howard the Duck, as well!  So it’s like, the first ever post-credits bump themed toy line ever.

I’m not big into Pops, but there is no way I can resist the charms of either of these guys.  Expect them to hit stores later this year, and until then treat yourself to some pretty pictures below: 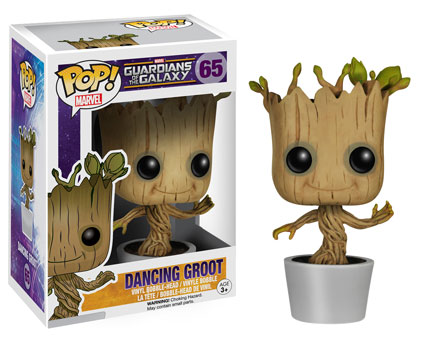 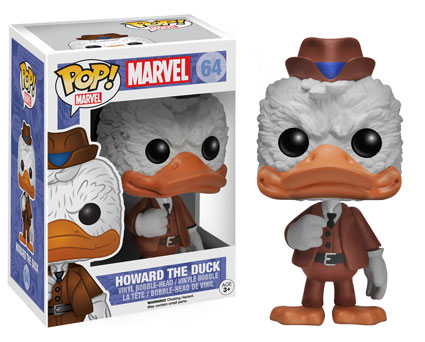