A New Look at Funko Legacy Magic: The Gathering 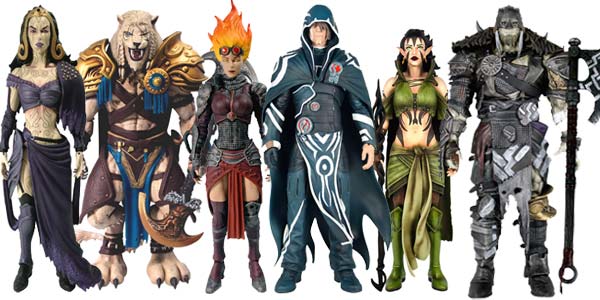 Get a better look at Funko’s Magic: The Gathering Legacy collection.

I’ll admit I was surprised when Funko revealed Magic: The Gathering as one of their Legacy Collection licenses at Toy Fair.  I figured Hasbro would hang onto the toy rights internally, since they own Wizards of the Coast, but hey– it looks like Funko did an amazing job on this series, so I’d say things worked out for the best.

I’ll also admit, I’m not a Magic guy.  Like, at all.  But that being said, Funko’s Legacy figures look so good, I’m positive I’ll be adding some to my collection, regardless of my “too cool for Magic” attitude.

There’s a lot to love with these figures… not only do the sculpts look intricate and gorgeous, but we know the Legacy design model means these figures will be nice and poseable as well.  The character selection is also awesome– That lion guy!  A hulking, armored warrior!  THREE female figures!!!  It’s a diverse lineup and each figure is visually interesting, and they look great together as a group.

So yea, I’ll definitely be picking some of these figures up when they hit stores in September (around the same time as Game of Thrones Series Two– so there’s a LOT of Legacy coolness to look forward to this Fall).

I am curious what actual Magic: The Gathering fans will think of this assortment.  Having been out of the game (literally) since high school, I don’t know who these people are, aside from cool looking fantasy characters.  What do you guys think– especially you Magic fans– does this character selection looks as awesome from an insider perspective?

Check out more info on the new line, and some images from Funko below:

Funko is excited to bring you the newest series from The Legacy Collection… Magic: The Gathering Planeswalkers!

Funko is excited to expand the existing licensing agreement with Wizards of the Coast, Inc., a subsidiary of Hasbro, Inc. (NYSE: HAS) to produce Magic: The Gathering Planeswalker Legacy Collection Action Figures.

“We are deeply honored and very excited that Wizards of the Coast chose Funko as a partner to develop truly cool collectibles for Magic: The Gathering. I know the fans of Magic have been waiting nearly 20 years to get their hands on some fantastic Action Figures and stylized Vinyl figures. I promise that we won’t disappoint them!” said Brian Mariotti, CEO of Funko.

“We are excited to bring the world’s best strategy game to life with these figures,” said Elaine Chase, Brand Director for Magic: The Gathering at Wizards of the Coast. “Funko has been a great partner, and we’re looking forward to giving players yet another way to enjoy Magic: The Gathering.”

This is the first time fans will be able to have all of their favorite Magic: The Gathering characters in action figure form.

“In Magic: The Gathering, a Planeswalker is a powerful mage who is able to travel across the planes of existence. There are infinite worlds across the Multiverse, and Planeswalkers are unique in their ability to move from one world to the next, expanding their knowledge and power through the experiences they collect there.>

The Multiverse—a boundless expanse of worlds, each different from the last. These worlds, called planes, differ as widely as the imagination. One plane might be covered entirely in dense jungle, for example. On another, city has replaced nature entirely. Still others are volcanic, icy, barren, or more like our own world, with many varied elements.”
-www.wizards.com

The Magic: The Gathering Legacy Collection is a line of deluxe action figures featuring 20+ points of articulation and removable accessories.  These figures have highly detailed and premium sculpts. This allows for each Planeswalker to feature a very accurate and realistic design.

The line features the same iconic Planeswalkers that were released in the Pop!: Magic: The Gathering series. 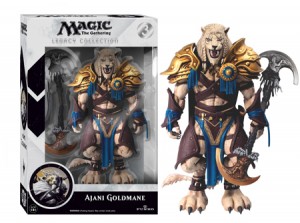 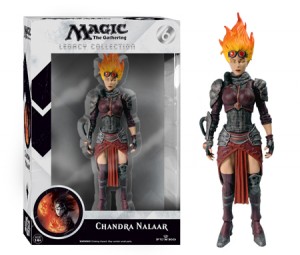 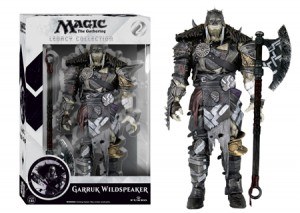 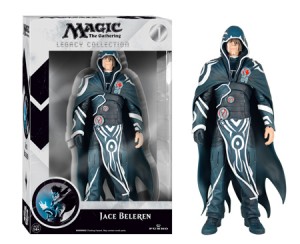 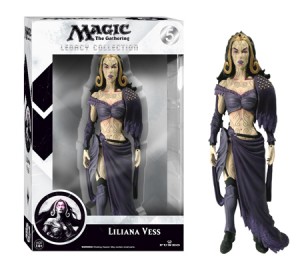 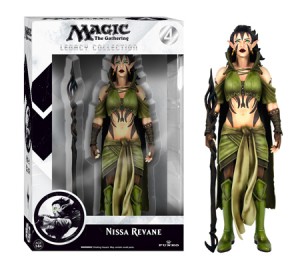