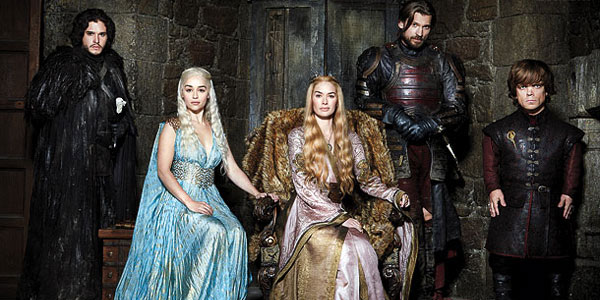 Winter is Coming, according to Funko Toys.

Funko Toys, makers of the Pop! vinyl toys (that apparently have the greatest distribution for a toy ever) recently announced they would be stepping into the 6″ action figure arena with their upcoming Legacy line.  The line(s) were scheduled to debut at Toy Fair 2014 in February, but now it looks as if one of them is out of the bag– Game of Thrones.

Funko’s President hinted strongly on the Funko forum that his company did indeed land the GoT action figure license:

Blanka wrote:
Can we get some hints as to what’s going to be happening with the Legacy line? I mean, those two major licenses can’t just wait until February! Build the anticipation now!

This could be very exciting– not only did Funko name drop the excellent Star Wars Black Series as their model for accuracy, design and articulation, as I said earlier their Pop! toys have an uncanny ease of distribution– You can literally go anywhere– from book stores to comic shops, to Toys R Us, to freaking Walgreens– and find those things.  If Funko can manage that same wide-range distribution for their collector figures, they’d be an even bigger joy to collect.

It should be noted, though, that this IS Funko’s first foray into the 6″ collector scale, so we have no real idea yet where their sculpt and design work will wind up.  If the figures look good, an in demand line like Game of Thrones (or Firefly, another property whose rights they retain) could catapult Funko into the major league pretty quickly with action figure fans.  We will see for sure at Toy fair… if not sooner.

Oh, and here’s the rumored list for Game of Thrones wave one.  This is TOTALLY unconfirmed, but sounds like a winning assortment to me!