Funko Reveals (Some of?) Their PREACHER Pop Line 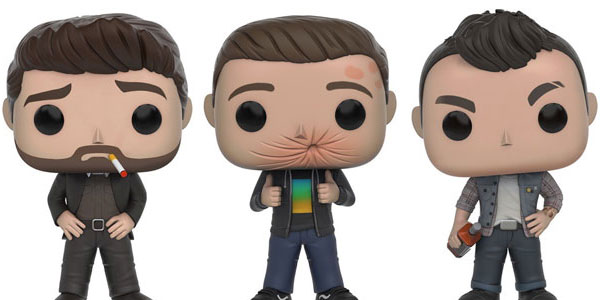 Credit where credit’s due– Funko is NOT dragging their feet when it comes to the new Preacher TV series.  Less than 24 hours since the debut of the show, the toymakers have revealed three upcoming Pops based on Jesse Custer, Cassidy, and Arseface.  Notably absent from the mix– Tulip O’Hare.  I was going to cry bullshit that Funko would snub the only female and only non-white member of the show’s core cast, but I’ll give them the benefit of the doubt for now… Jesse is Pop Television figure #364, while Arseface and Cassidy jump up to 366 and 367, respectively.  Reason suggests Tulip will claim spot 365, but if that ends up not being the case, Funko had best hurry up and add her to thew mix, especially considering she was the best part of last night’s pilot.

I adore the Preacher comic book, and was really impressed with the TV adaptation, so even though the Pop aesthetic doesn’t do much for me, I’ll probably end up picking these figures up when they hit stores this August.  Unless Tulip really isn’t coming, because what’s the point of a Preacher toy line without her? 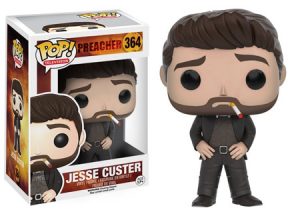 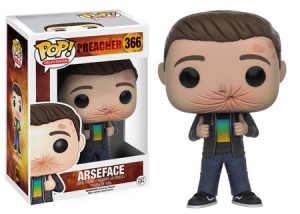 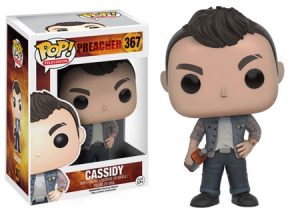