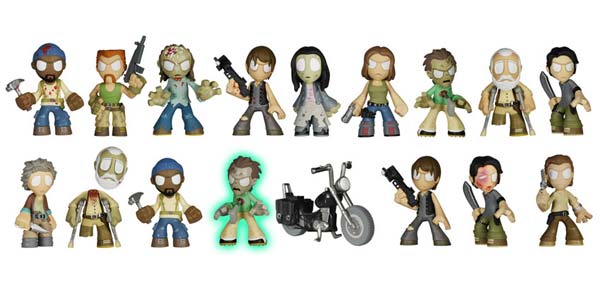 I like the various designs Funko has employed throughout their Mystery Minis toy lines.  While the Game of Thrones aesthetic has been my favorite, I certainly also dig the white-eyed, cartoony style of the Walking Dead minis, and the upcoming third wave looks particularly fantastic.

The character selection is solid– we get a new Rick, a new Daryl, and core survivors like Abraham, Tyreese, Maggie, Carol, Hershel and Glenn, along with Daryl’s bike and a few Walkers tossed in for good measure.  Even the limited edition Hershel variant is adorable, in his own grisly, too-soon sort of way.

The new set of Mystery Minis will hit stores in February, right around the time The Walking Dead returns to AMC for (hopefully) a new batch of good episodes.  In the meantime, here’s some info from Funko on the new line, as well as the rarity scale for the individual figures:

Are you missing The Walking Dead during the mid-season break? Funko has you covered!

The walkers and survivors of The Walking Dead have gone miniature once again!  Seventeen brand new character variations are now available in adorable blind box form! 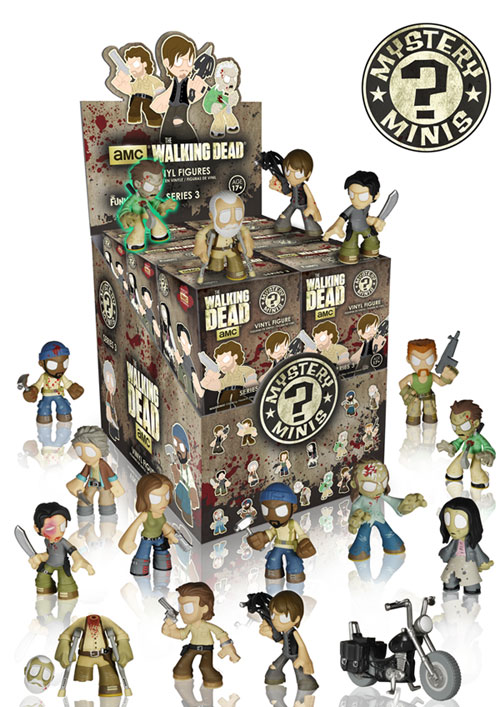 Check out the rarity scale below! 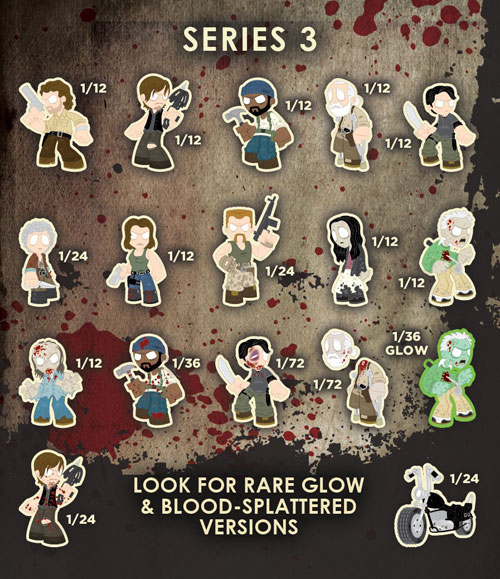