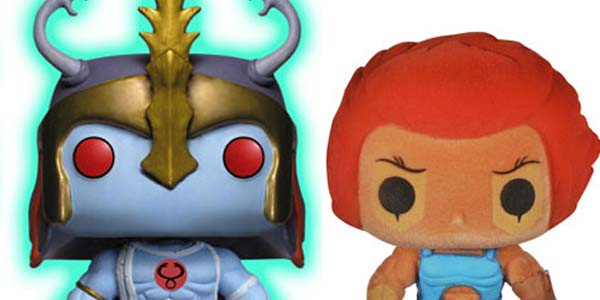 Pop! Thundercats and Game of Thrones “memoriam minis” dominate the latest round of exclusive reveals.

Funko just unveiled a new group of exclusives, solidifying their ranking as number one when it comes to sheer volume of SDCC stuff.  It’s really mind-boggling just how many exclusives they’re bringing to the show!

The latest reveals include a couple of cool new Pop! Thundercats– flocked Lion-O and a glow in the dark Mumm-Ra, as well as a bloodied up shark from Sharknado.

Game of Thrones fans should be happy, since we’re getting two more exclusives– Pop! Ghost and a very cool set of “In Memorium” mystery minis.  These blind boxed figures get a new black and white deco, and feature an assortment of characters who have died in the series.  Some are repaints of the Series One figurines, but Funko is also releasing a few all new figures, so I guess snow we know some of the faces likely to turn up in color in Series Two.

There will be more reveals from Funko this Wednesday… and hopefully some clarification on the “Pop Cultured’ event Barnes and Noble has listed on their website during Comic Con… Are they bringing Funko’s SDCC exclusives to stores?  That would save me a hell of a lot on shipping costs… 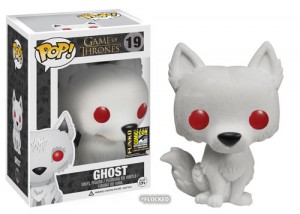 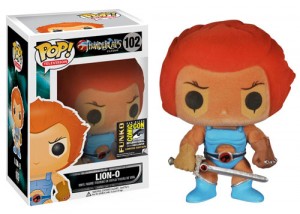 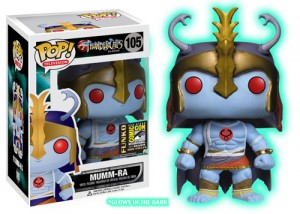 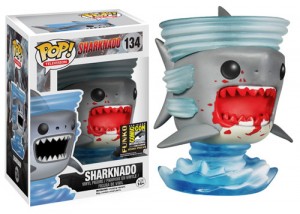 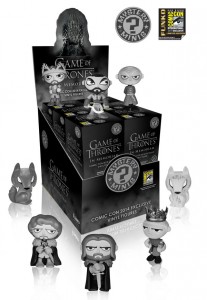