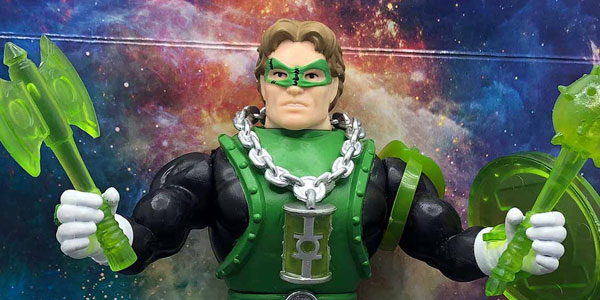 I’m pretty into Funko’s latest retro action figure format, the Savage World/ Primal Age collection. The concept borrows heavily from other alt-retro toy lines like ReAction, envisioning what a toy line would look like were it to be released in the aesthetic of a toy line from the past. But instead of using Kenner’s early 80s 3.75″ figures as the jumping-off point, the Savage/ Primal figures take a cue from Mattel’s beefy, burly Masters of the Universe in their structure and function.

Primal Age is the latest and most ambitious sublines within Funko’s new format, imagining the heroes and villains of the DC Universe not only designed as 80s MOTU figures, but adapted to the world of He-Man, with a fun mix of barbarian flourishes alongside iconic visual elements of each character. While there’s a whole range of DC Primal Age figures (and beasts and a playset!), the coolest one of the bunch is Green Lantern, who becomes the most versatile figure in the context of other toy lines.

Green Lantern here is based on Hal Jordan, but he could just as easily be an all-new character, the Green Lantern assigned to Eternia. This means he can easily fit in seamlessly with not only a vintage MOTU collection, but also pretty much any DC/ Green Lantern display.

It’s also a really fun design, interpreting the green part of Hal’s uniform as emerald chest armor, with the Lantern insignia replaced by an actual green lantern which hangs from a chain around his neck. The impressive amount of accessories included are equally clever, cast in translucent green plastic to present them as ring effects. Green Lantern includes an axe, a mace, a shield, and two pieces of spiked armor he can wear. The Green Lantern insignia is sculpted into several of these pieces, another flair I found quite clever.

Alt-retro toys aren’t for everyone, but I have to say the DC Primal Age series is particularly neat. I love the scope of this collection right out of the gate, and the figures do a good job of matching the vintage MOTU toys both in scale and overall aesthetic (though I do miss the spring action “power punch” torsos from the classic Mattel figures).

Look for DC Primal Age figure on Amazon now. They will likely be available at retailers such as Gamestop and Target sooner than later. 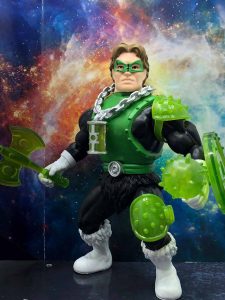 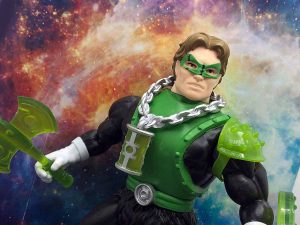 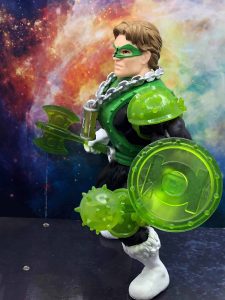 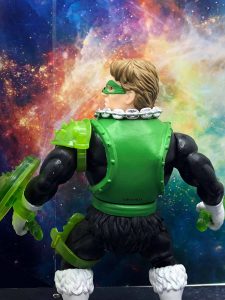 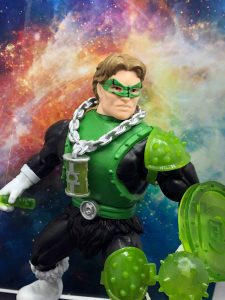 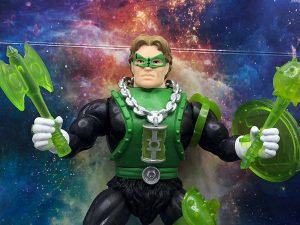 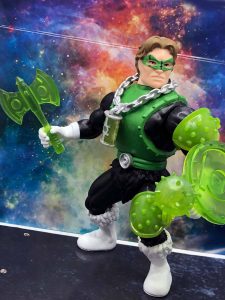 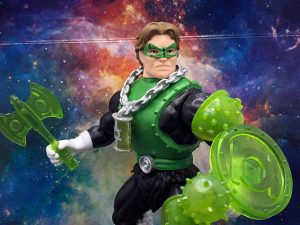 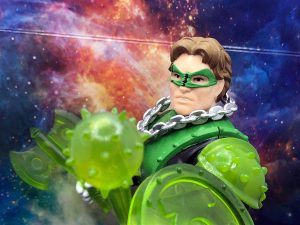 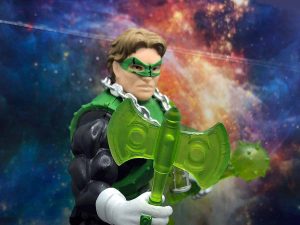