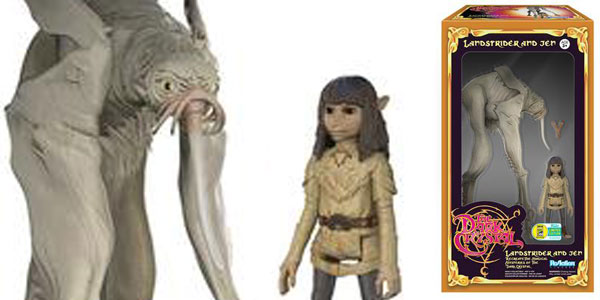 A great-looking Landstrider/ Jen box set is the most exciting SDCC exclusive revealed by Funko so far.

It’s been a long time coming, but the most interesting and exciting property being added to Funko’s ReAction collection is almost here– The Dark Crystal.  What sets this property apart from virtually all the other ReAction figures released in the past two years?  Well, Dark Crystal marks the second retro toy line inspired by the actual vintage toy prototypes, which never became a reality back in 198[].  Aside from the outstanding Alien series, all the ReAction toys have been purely conjectural, ‘what-if’ toy designs… but for The Dark Crystal, Funko’s team researched the long-lost toy line proposed for Jim Henson’s cult classic film, which– like Kenner’s Alien toys– had been seemingly lost to the ages.

As far as I’m concerned, that puts the Dark Crystal ReAction toy line in some very cool company, and now it’s been confirmed that Funko will be offering the first figures in this series at San Diego Comic Con.  The box set features our hero Jen, along with a giant, in-scale Landstrider creature, and this set looks COOL.  It’s taken decades for this toy line to become a reality, but from the looks of this initial release, the wait will have been worth it.

Funko has been rolling out their considerable assortment of SDCC exclusives on their blog twice a week.  Details on availability and purchasing information is forthcoming, but it’s worth noting that the oft-reliable SDCC Blog has indicated that some of Funko’s exclusives– including this Dark Crystal set– will be available outside of Comic Con proper, as we’ve seen in the past.  Fingers crossed that news is accurate, because I need these toys in my life. 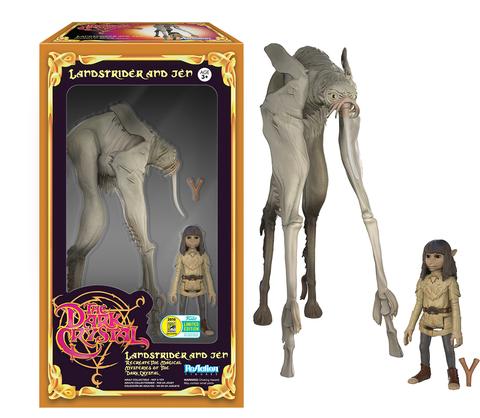