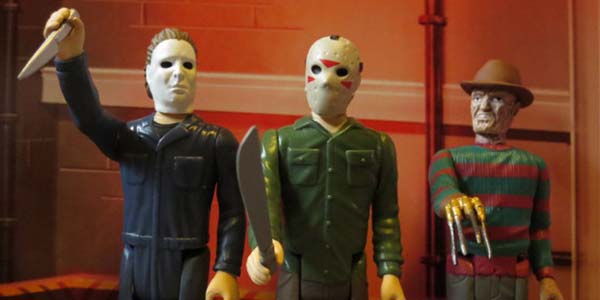 A trio of cinematic slashers are the best ReAction figures we’ve seen yet.

Here we are at almost the tail end of the first year of Funko and Super7’s wildly ambitious and far-reaching ReAction collection.  In retrospect, the ambition is still impressive, although the execution sort of ranged from passable to really good.  Some figures truly captured that classic Kenner aesthetic to which they aspired, feeling as if they were the exact toys we would have seen from these mostly modern classic properties had they been released in their prime.

Now, we have the Horror Series, a collection of figures based on some of the most popular horror movies from the past four decades, and they are some of the best figures in this entire retro collection.  There’s lots of great looking figures in this assortment– I quite liked Sam from Trick ‘R Treat and Ghostface from Scream, but for me, the ones I knew I must own were the three serial killers I grew up with– Freddy Krueger, Jason Voorhees and Michael Meyers.

Each killer is presented in their most iconic appearances, complete with the weapons you’d expect from each– Meyers gets his knife, Jason his machete, and while Freddy’s glove is molded on his hand, his hat is removable.  The figures are all unique and original sculpts, and draw in just the right amount of details to look visually dynamic while still staying loyal to the retro aesthetic. 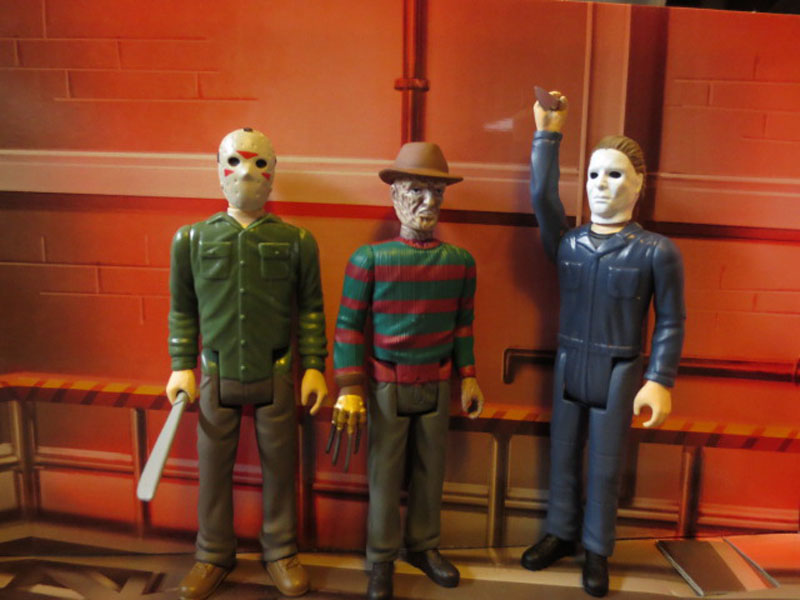 Freddy probably packs in the most detail, with some nice sculpting on his horribly burned face and even his tattered and ribbed sweater.  Most of Michael’s sculpt is more basic, but there’s a wonderful attention to detail in his creepy mask, with it’s mussy, pulled back hair and soulless black eye holes.  And even with the basic five points of articulation, Meyers can still brandish his knife at his side, or raised over his head, ready to strike his next victim.

Jason looks great as well, even with a little less sculpted detail than his fellow slashers.  But what he lacks in definition, Jason makes up for in size– all three of these figures share a good sense of scale, making Jason tower over many of the other ReAction figures, with an added bulk to his body size as well.  It’s very effective in making Voorhees physically menacing, even in this sort of cute retro design, and I couldn’t be happier how he turned out in retro toy form.

Whether you’re a big fan of the retro thing or not, it’s hard to deny that these Horror Series figures are totally fun and very well done.  They totally nail the Kenner style tone the sculpts are trying to replicate, balancing old school simplicity with just the right amount of detail invested to bring the characters to life.  When the ReAction lineups were first announced, I have to admit the Horror Series was nowhere near the top of my want list… but I’m glad I gave them a shot, because Freddy, Jason and Michael are seriously my favorite ReAction figures since the Alien series. 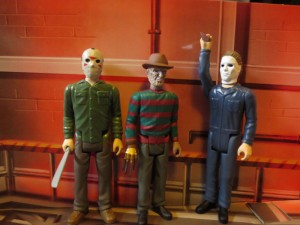 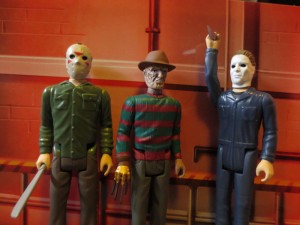 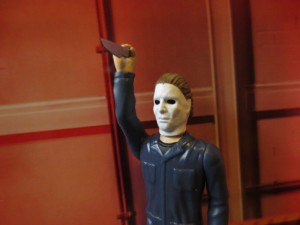 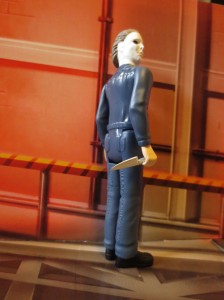 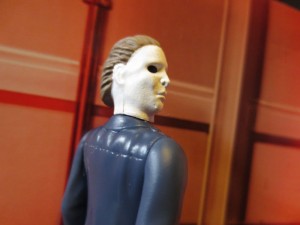 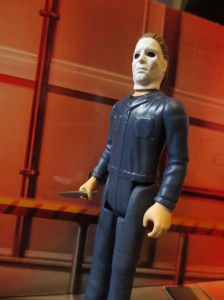 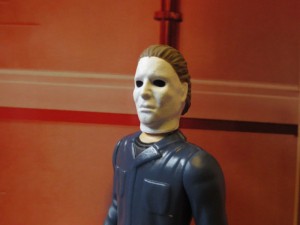 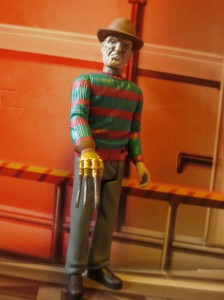 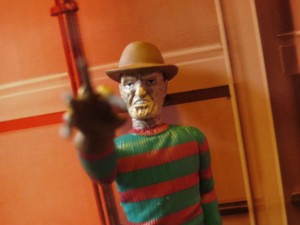 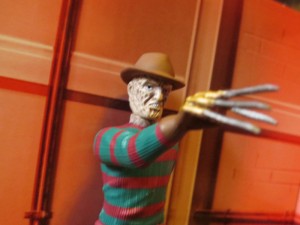 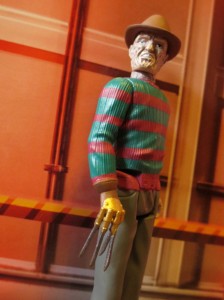 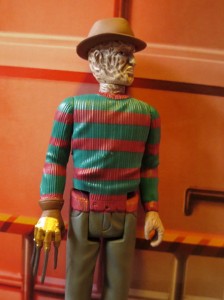 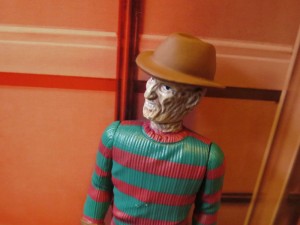 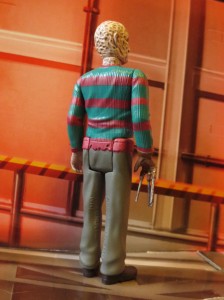 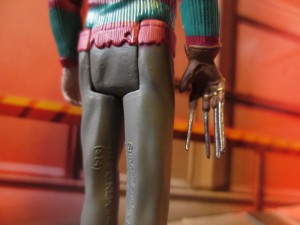 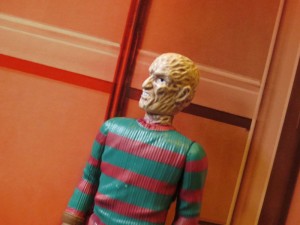 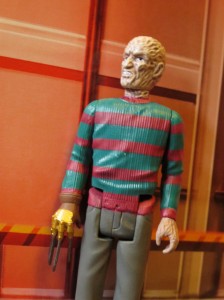 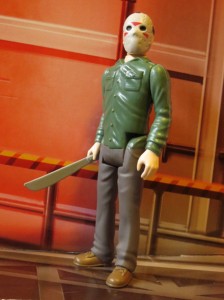 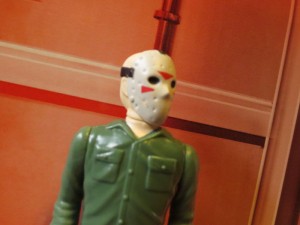 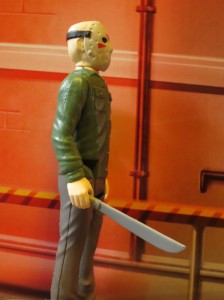 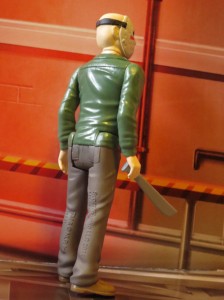 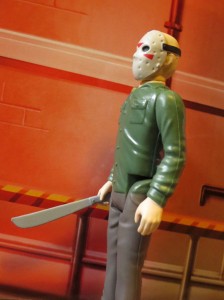 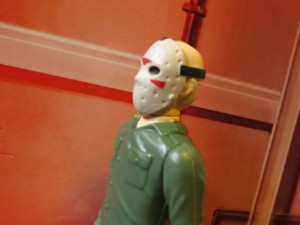 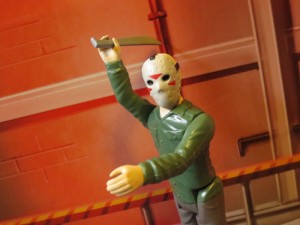 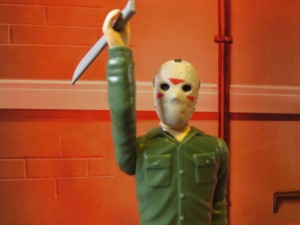 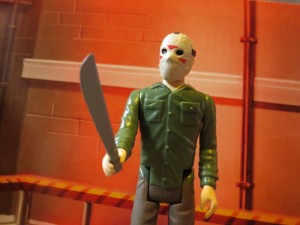 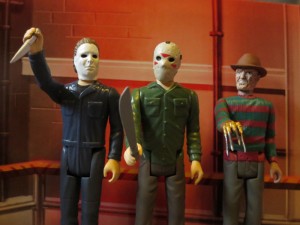 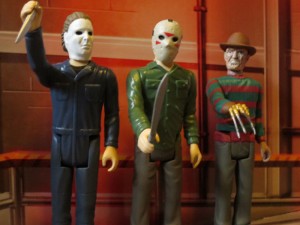