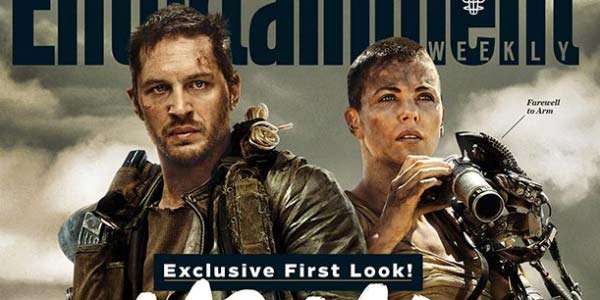 The long-delayed Mad Max sequel is finally gonna happen, and the new stars grace the cover of Entertainment Weekly to prove it.

Let the haters whine about the same old properties being rebooted and sequelized ad nauseum; if that property is good enough, it can justify a long and diverse lifespan– look at the ups and downs and James Bond or Star Trek.  Mad Max only had three movies in his heyday, but they were all classics, with an awesome lead character, a weird and wonderful supporting cast that’s been burned into our geek lexicon, and a perfectly realized post-apocalyptic setting which is still influencing post-apocalypse fiction today,

So in short, I’m ready for more Mad Max, and Fury Road should deliver.  Director George Miller (who shot all three movies with Mel Gibson) has had a long and arduous time filming this movie, which went through multiple production issues and allegedly some trouble with Warner Bros.  But now the film finally has a release date– in the busy summer of 2015– and our first OFFICIAL official look at the new movie– and our new Mad Max played by Tom Hardy– comes to us courtesy of the cover of Entertainment Weekly.

Both Hardy and Charlize Theron (as a character called Imperator Furiosa!) look insanely cool, and it’s incredibly exciting to have Miller once again helming a Mad Max story. What kind of story, you ask? An awesome sounding one, apparently:

The rugged production suited Miller and his singular vision to reboot the Mad Max franchise. “I wanted to tell a linear story–a chase that starts as the movie begins and continues for 110 minutes,” says the Australian writer-director. Fury Road features few digital effects and even less dialogue, he explains. “In this crucible of very intense action, the characters are revealed.”

Practical effects, a great cast, and a movie that’s essentially a two-hour chase scene sounds like absolute perfection to a Mad Max fan like me.  I really, really can’t wait. 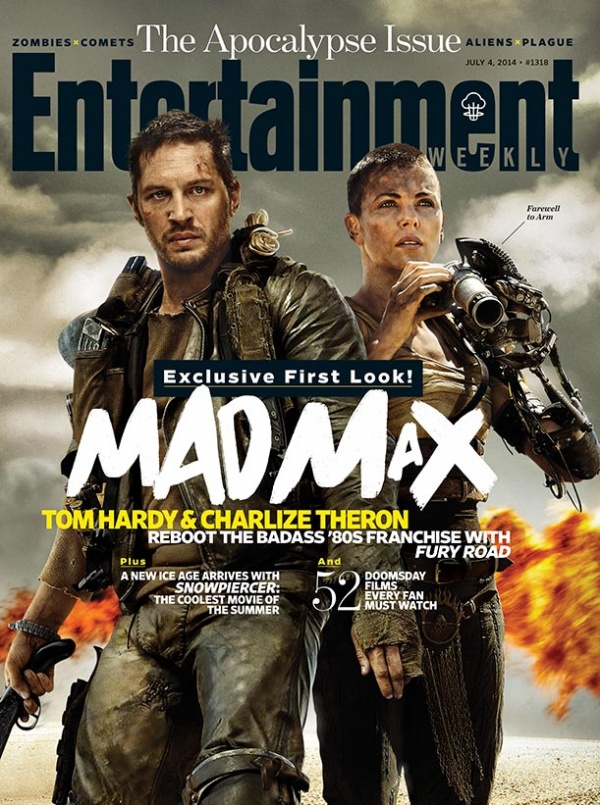