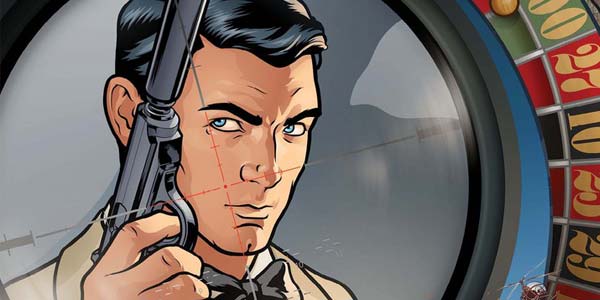 Spy the cast of Fx’s Archer for a live performance on the high seas in San Diego on July 21st!

FX Networks brings a special one-night only performance of the famed touring show ARCHER Live! to San Diego aboard the Inspiration Hornblower yacht at the 5th Avenue Landing (located behind the Convention Center) on Thursday, July 21. The event kicks off with a deep dive into the universe of the beloved, Emmy®-nominated animated spy/P.I. comedy Archer, with an exciting live performance featuring the entire cast. Fans will enjoy live entertainment, food, drinks, giveaways, a photo booth and lounge while docked at the marina.

Fans can now register for tickets to be a part of the ARCHER Live! experience, sponsored by the pioneering cloud-based live TV service, PlayStation™Vue, on EventBrite.com. Boarding begins at 6:30 p.m. and the show starts at 8:00 p.m. Event is 21 and over.

FX Networks, a business unit of 21st Century Fox, is comprised of the networks FX, FXX and FXM and the video on-demand app FXNOW. FX, the flagship general entertainment basic cable channel, launched in June of 1994 and is carried in 91 million homes. The diverse schedule features a growing roster of critically-acclaimed and award-winning hit dramas series, including The Americans, The Strain, Tyrant and the upcoming Taboo and Legion; the critically-acclaimed limited series American Horror Story, Fargo, The People v. O.J. Simpson: American Crime Story and the upcoming Trust and Feud; acclaimed hit comedy series including the award-winning Louie, Archer, Sex&Drugs&Rock&Roll, Baskets and the upcoming Better Things and Atlanta. FX’s roster of acquired hit series includes Two and a Half Men, How I Met Your Mother and Mike & Molly. FXX, the newest network, launched in September 2013 and is carried in 79 million homes.  Geared towards a young adult audience, the schedule features original series, movies, and acquired series. The channel is anchored by the acclaimed hit comedies It’s Always Sunny in Philadelphia, You’re the Worst and Man Seeking Woman. FXX is also the exclusive cable home to The Simpsons, the longest-running comedy in TV history, the late night animated block Animation Domination, and acquired hit series such as In Living Color, Mad About You and Parks and Recreation. FXM (formerly Fox Movie Channel) was launched in October of 1994 and is now carried in 55 million homes. Its schedule features classic films during the day (FXM Retro), and contemporary box office hits and acclaimed, award-winning films in the evening, as well as short-form award-winning original programming.