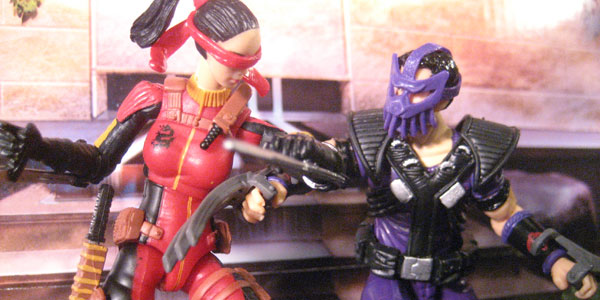 The GI Joe Club has officially launched their Subscription Service!  The figures in this set will be shipping two per month for the next six months, and the first two new recruits are a pair of ninjas– Jinx and Cobra ninja Dice.

It’s been a long and uphill battle for the Joe Club, in their ongoing attempt to get their first, ever subscription service off the ground.  Logistics and delays have plagued every step of this ambitious endeavor, so it feels good– yet almost surreal– to finally have the first two sub figures in my hands.  The Club is keen on keeping each month’s figures a mystery, so I guess this whole review is really a “spoiler,” but the first two figures, Jinx and Dice are both very strong additions to the modern Joe collection, so spoilers be damned! 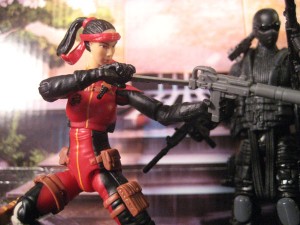 After years of fan requests, 2012 saw the release of three (almost four) new versions of the Joe team’s favorite lady ninja, Kim Arashikage.  With classic Jinx covered brilliantly in Hasbro’s Comic Con exclusive, the Club’s version was free to take some more artistic liberties.  The result is a new costume for the ninja, one that makes me think this would be Kim’s costume during the Pursuit of Cobra era.  The black and red outfit still feels very authentic to the character, while the use of the Resolute Scarlett body adds a level of detail and realism to her.

Jinx also sports a brand new head, complete with removable blindfold, and a ton of great ninja accessories, including twin forearm blades, a grapple hook, nunchuku, a sword with sheath and a gun with a silencer.  It’s an impressive arsenal, and I like the leg-mounted sheath for her katana, which changes up the backpack approach of most Joe ninjas.  The new head is good, and I love the blindfold, a throwback to Valor vs. Venom which can double as a headband or be removed entirely. The headsculpt correctly gives Jinx semi-Asian features, which is a plus, but the downside is it sits rather high on her neck, looking odd from certain angles. 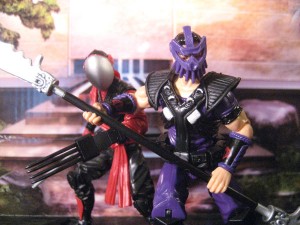 Not to be outdone, Cobra gets a new ninja, too– one half of the Ninja Force villains, Dice.  The purple ninja makes his modern era debut with a smart kitbash that does a good job of staying faithful to his classic 90’s design.  The parts for Dice have been floating around the Joe line for a few years now, so I’m very glad to see they’re finally being combined to bring the 90’s ninja to life.  The club figure keeps the original purple and black costume, which is a dark enough tone as to not look too silly, and of course Dice gets his iconic sparring mask, also recast in purple.

What surprised me most was the all-new headsculpt the Club dedicated to the villain under his mask– it’s a nice new portrait, hidden almost entirely by the mask.  Not the most necessary of tooling, but it’s a neat detail to add, and hey– new headsculpt!  Like Jinx, Dice comes with quite the spread of gear, including twin hand-claws (the Wolverine style ones), an axe and a double edged spear, both of which feature very nice painted blades.  I always liked the cheesy villains of Ninja Force late in Joe’s comics run at Marvel, so Dice is a welcome addition… and he looks great next to the Slice-esque Red Ninja Hasbro put out in the Retaliation movie line. 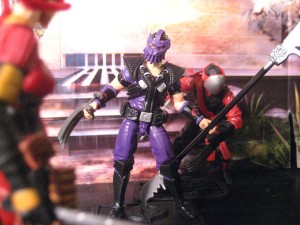 Overall, Jinx and Dice provide a good start for the Joe Club’s new series.  I think the two ninjas, both popular enough characters and cool new figures, were a wise choice to launch the collection– the Club clearly doesn’t want to blow their load by releasing Big Boa and Cover Girl in month one, but the pair of ninjas is exciting enough to make this launch notable.

With clever parts reuse, strong design and paint detail, lots of appropriate accessories, and impressive details like new headsculpts and removable headgear, both Jinx and Dice feel worth their premium price tags, and I’m more than happy to add them to the ranks of my Joe and Cobra armies. 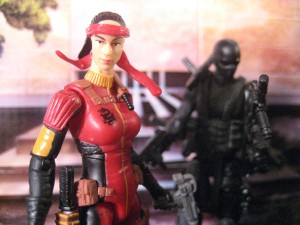 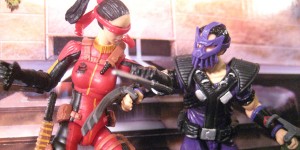 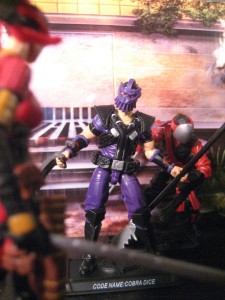 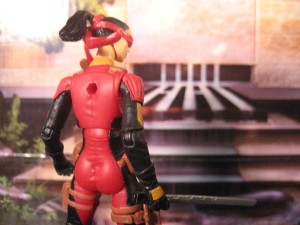 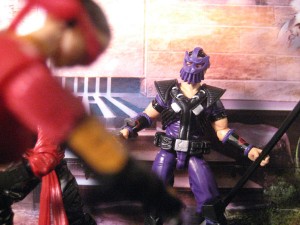 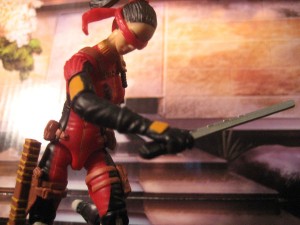 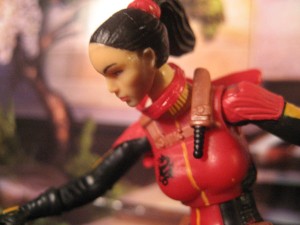 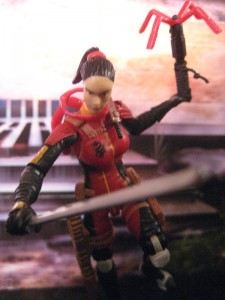 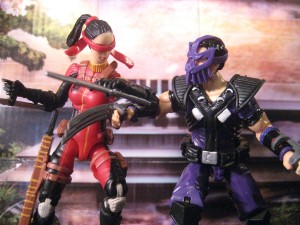 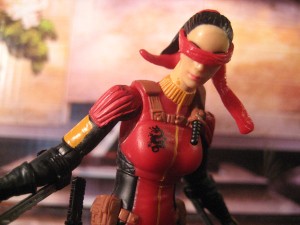 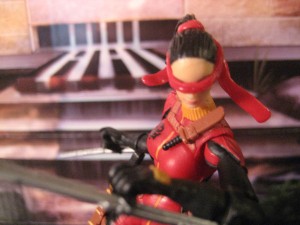 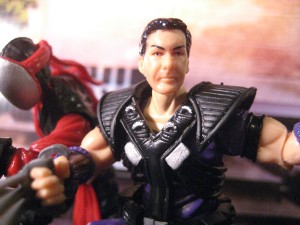 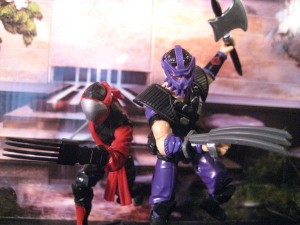 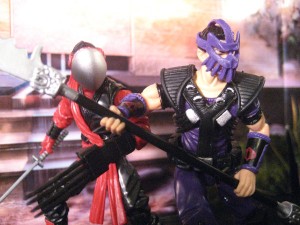 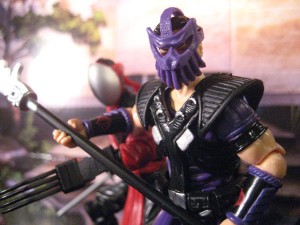 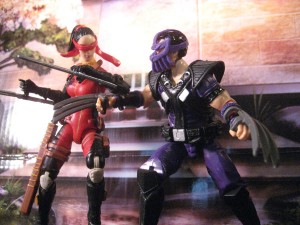