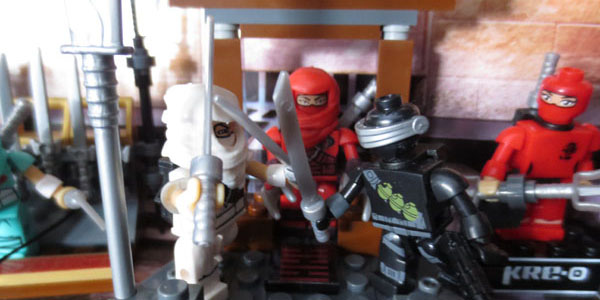 Ninjas have been sneaking their way into GI Joe continuity since, well, practically the debut of the Real American Hero in the early 80s.  From Snake Eyes and Storm Shadow, to the Ninja Force of the 90s, to Retaliation later this month, you can’t really throw a hand grenade in the GI Joe continuity without hitting a ninja.

So it makes sense that ninjas would be well-represented in the new Toys R Us exclusive GI Joe Kre-os collection, and they sure are!  Snake Eyes and Storm Shadow both make their block figure debut as part of the Ninja Temple Battle playset.  This is one of the smaller Joe sets, but it’s pretty neat– the brown, grey and tan blocks and multiple flared shapes provide an adequately Japanese look to the architecture of the main display, while three mini-sets can either connect to or stand near the main temple.  These parts, a weapons rack, scroll stand and sparring dummy, add to the overall effect.

Like I said, this is a small set, but the value is definitely enhanced by the inclusion of four minifigures.  Not only does the set include Snake Eyes and Storm Shadow, we also get a pair of Red Ninjas, each with removable rubber hoods and loads of ninja gear, from bow to swords to throwing stars.  The Red Ninjas and Stormy are in their classic 80s costumes, and the inclusion of the hoods is a great touch to change up the style of each figure.  Snake Eyes is sporting his “v.2” look, with a visor that slides down over his face and sits snugly in place.  It can be removed to reveal the ninja commando’s eyes– the first time we’ve seen this on a toy since 1991!

If the building sets aren’t your thing, there’s plenty of ninja Joes in the Kre-O blind nagged assortment as well.  For the Joe team, we get Jinx as well as Snake Eyes’ apprentice Kamakura, both in their most iconic ninja gis.  I like Jinx, especially with her connectable sai, and Kamakura is alright, although pretty basic.

For the Cobra team, the Ninja Viper is a great repaint of the Red Ninja, now colored in a teal costume, with a new twin claw hook weapon, whose string you need to assemble yourself, and another great removable hood (which seems like a piece begging to be reused for Zartan’s hood).  The Cobra Axe Ninja is actually Ninja Force member Dice, making his modern (non- Joe Club) debut. The villain is sporting his classic purple costume, with an axe and double bladed staff, just  like the original figure. He’s cool, but I wish he had been given his iconic mask as a snap-on piece. As it is, the mask is simply painted on his head, which lacks dimensionality and makes his head look much smaller than his fellow figures.

The GI Joe Kre-os are all about fun, so I’m happy to see the team at Hasbro really embracing that vibe. This line is featuring all corners of the Joe continuity, so it makes total sense that we’d see so much ninja activity in the lineup.  Most of these guys are fairly essential, and even the few who aren’t sport some fun designs and serve as great throwbacks to the more obscure areas of the GI Joe universe. 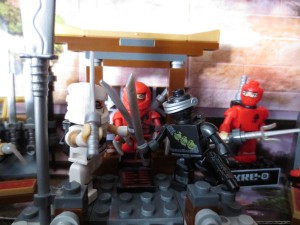 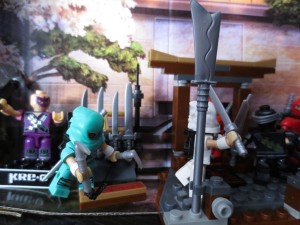 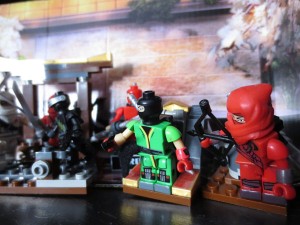 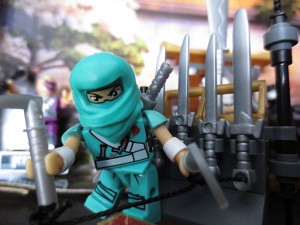 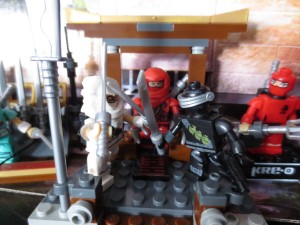 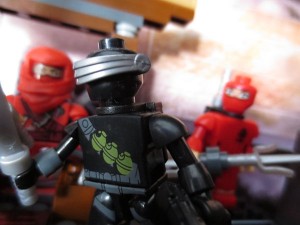 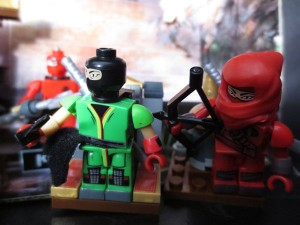 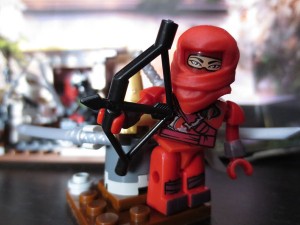 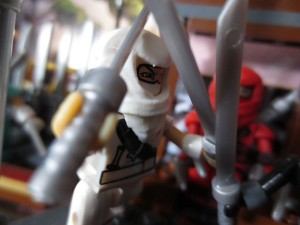 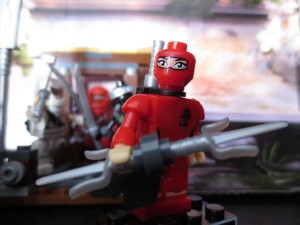 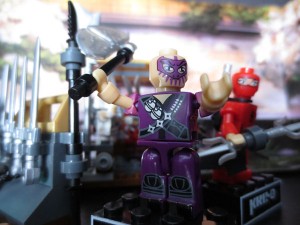 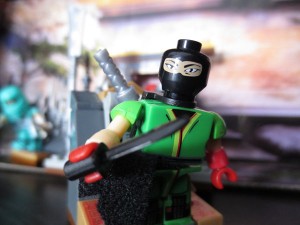 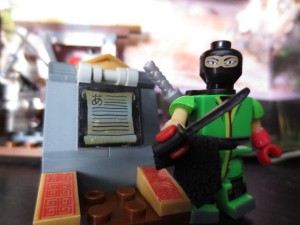 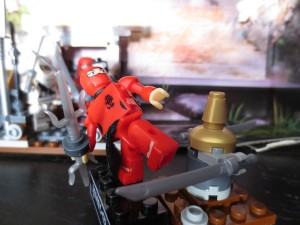 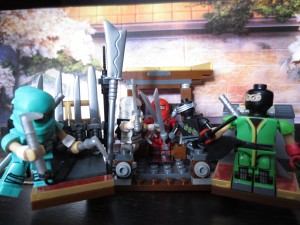 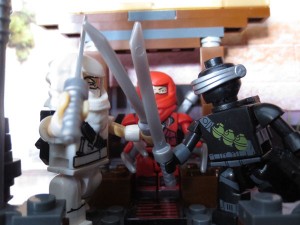