What If G.I. Joe Retaliation Is Actually Good? 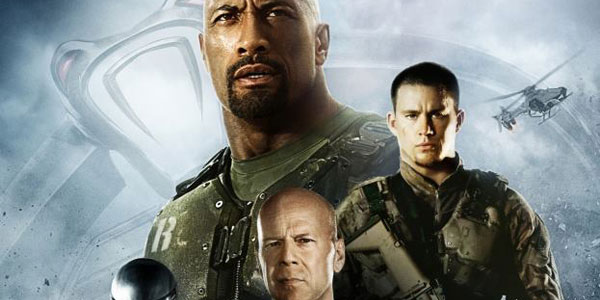 The G.I. Joe sequel gets yet another awesome, ass-kicking trailer, one that makes it increasingly hard to figure out why it got such an embarrassing last-minute delay.

G.I. Joe Retaliation seemed like it had a lot going for it.  The cast is a huge step up from the semi-okay first movie, with fun additions that made sense, like The Rock as Roadblock and Ray Winstone as Firefly.  Plus, Bruce Willis, ninjas, and even a vastly improved design for Cobra Commander.  The first trailer was badass, the toy line hinted at more coolness we’d see on screen, like the HISS Tank… everything seemed to be going great for Retaliation.

But then less than a month before its intended release last Summer, the movie was suddenly shoved back to March 2013.  Paramount and Hasbro both ended up with egg on their face in light of the eleventh hour release date change, and nobody really bought their “converting to 3D” excuse– it seemed pretty obvious that somebody behind the scenes was VERY unhappy with Retaliation, and demanded another nine months to fix their dog of a movie.

But ever since then, I’ve been questioning whether Retaliation really WAS (is?) bad… or simply not liked by the powers that be?  The more I played with this notion, the more I got to thinking maybe Paramount and Hasbro entertainment brass are the problem… not the movie– after all, these guys are the ones who green lit the irredeemably awful Transformers films by Michael Bay, so it’s been established they don’t care that much about film quality.  I originally believed that if they OK’ed the lousy Transformers movies, Retaliation must be a real stinker… but now I keep wondering, maybe it’s that Retaliation is a way better movie– and these execs simply don’t have the taste to recognize– or know what to do with– a good movie?

I mean, the new trailer looks just as fun and cool as the previous one, and Ain’t It Cool just screened an extended clip of the mountainside ninja battle at their Butt-Numb_A-Thon, to pretty much universal praise.  I’ve been trying to keep my expectations for G.I. Joe Retaliation in check, but seriously– everything we’ve seen makes the movie look better and better.  And it’s at the point now where I can only see two possibilities:  1.) the guy cutting the trailers for Retaliation is an absolute marketing genius, the likes of which we’ve never seen. or 2.) Retaliation is actually going to be good.

Check out the new trailer here– does it make you excited to see Retaliation next March?