The Galactic Guardians Get Their Commander– MOTUC Hydron 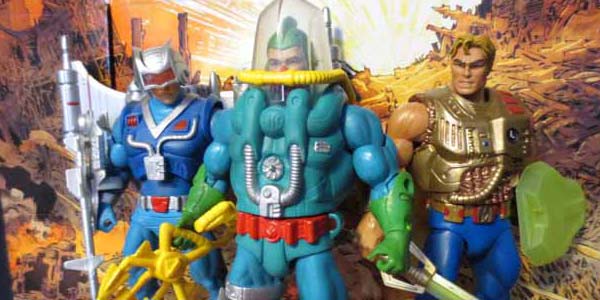 With production issues limiting my expectations, Hydron turned out to be a surprising figure in Mattel’s Masters of the Universe Classics.

My Masters of the Universe Classics March figures have arrived. This review comes with mixed emotions I will admit. The box was hung up for over a week in New Jersey, it arrived damaged, and quite frankly, I didn’t care. I have been to numerous shows and websites, seeing the two March figures as: one becoming an overhyped and underwhelming reveal and the other became progressively worse with every production update since July. That’s why Hydron turned out to be something of a surprise… 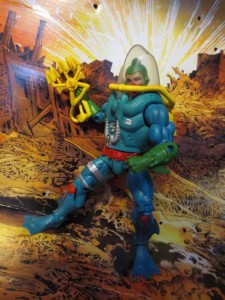 Unlike the Unnamed One, who I knew nothing about and came to us as a concept character, Hydron was an essential New Adventures character I really wanted, but rejected as he was presented to us as a final figure. Just to get the bad out of the way: he never came with a second helmetless head which 1) would have helped with multiple sales and 2) he was presented as helmetless for 90% of the Jetlag series run. This was a glaring omission in my opinion. The other issue was the bulky armor that only now is being recognized by Mattel. I don’t know if it’s new cheaper plastic being used, but it’s noticeably thicker and roomier, presumably to give better movement without stressing the plastic. On the one hand, it really ruins figures like Seahawk, who needed a simple overlay. In addition, his ankles are molded in such a way where the left foot can’t point out as well as the right one, but it’s a small nagging issue in all honesty. Lastly, a funny aside only mentioned recently, his armor and tights are the wrong shade of aqua, and should have matched his arms and legs. His original toy’s torso colors faded over time, and that faded figure was the reference used for the paint master. That was a fate Extendar thankfully avoided.

With all that said, I still really like Hydron as a figure. I have to admit, though it ruins the silhouette, it’s still a deep sea suit, and it can pass as bulky. It does move well, and I pose him nicely, swimming along using the v2.0 Flight stands (why they don’t use them in their marketing is a question I’ll need to ask). His ankles aren’t fully movable, but they perform swimming poses well enough. He only includes his signature dual-purpose trident weapon, and I like it a lot. It’s a crazy contraption and a matching design theme with a few of the NA characters, but it has a ton of charm to it, and matches his scuba backpack nicely. As far as happy accidents go, though the torso and trunks are a light shade of sea-green, it actually looks better this way. It breaks up the monotonous one-shaded bodysuit of the old toy. It also blends in really well with the yellow weapon and scuba gear. I would have preferred the second head and maybe a second weapon mined from his variant (that we may never see), but I am glad they concentrated on getting us a nicely-done Hydron that covers the essential basics with minimal figure cuts.

I hate to admit it. I was pleasantly surprised by this entry wrapping up the first quarter of 2014. Maybe it’s that I prefer to be impressed by figures I have low expectations for over being disappointed by figures I had high expectations for, like Two-Bad and Glimmer. Two-Bad and Glimmer were nice enough, but they really feel limited in a display capacity. I felt let down by the warped, unpainted shield, the leotard skirt, the old pelvis reuse, etc. Now I have Hydron, and another figure that is a hot-button issue with collectors… the Unamed One, who we will look at in depth tomorrow. 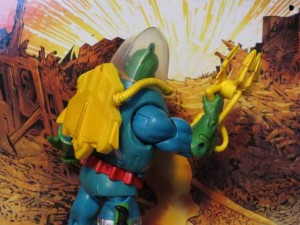 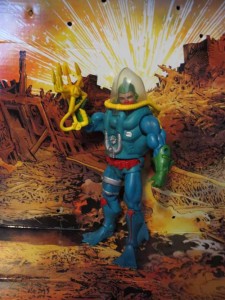 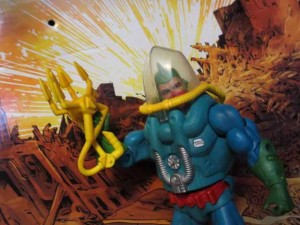 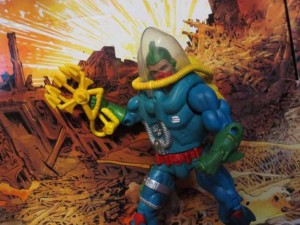 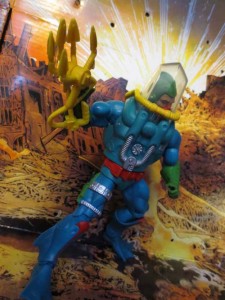 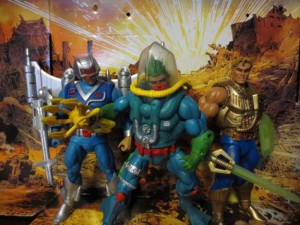 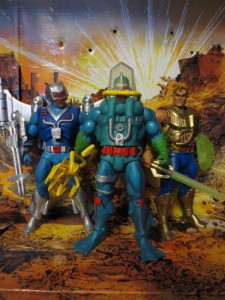 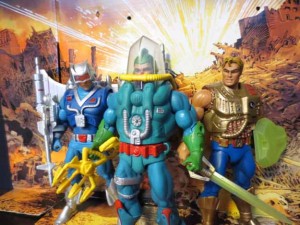 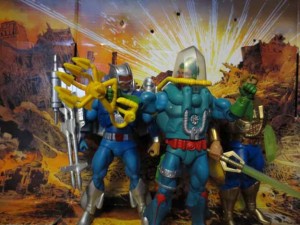 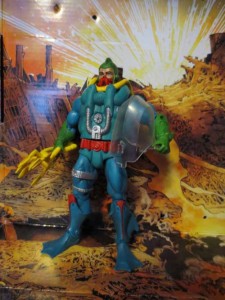 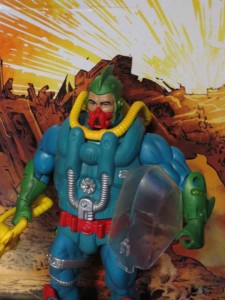 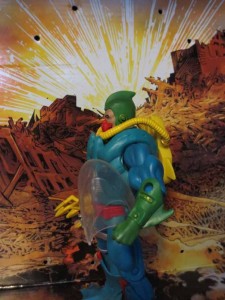 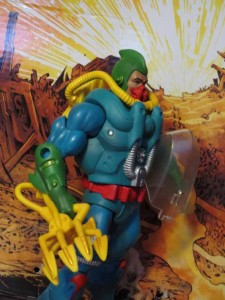 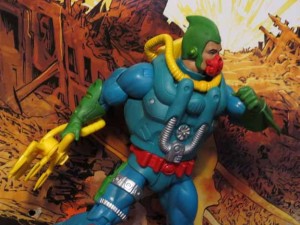 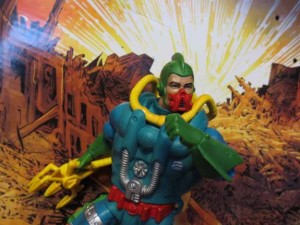 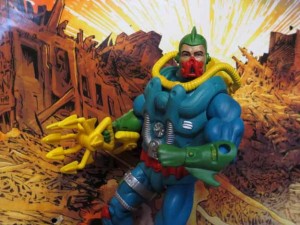 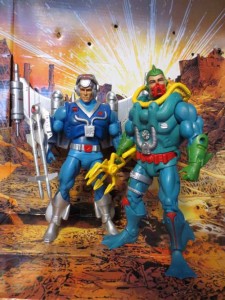 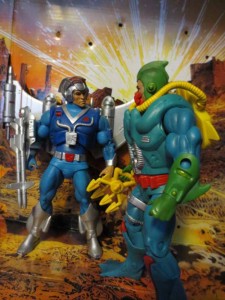 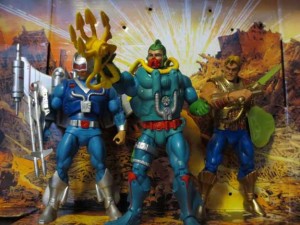